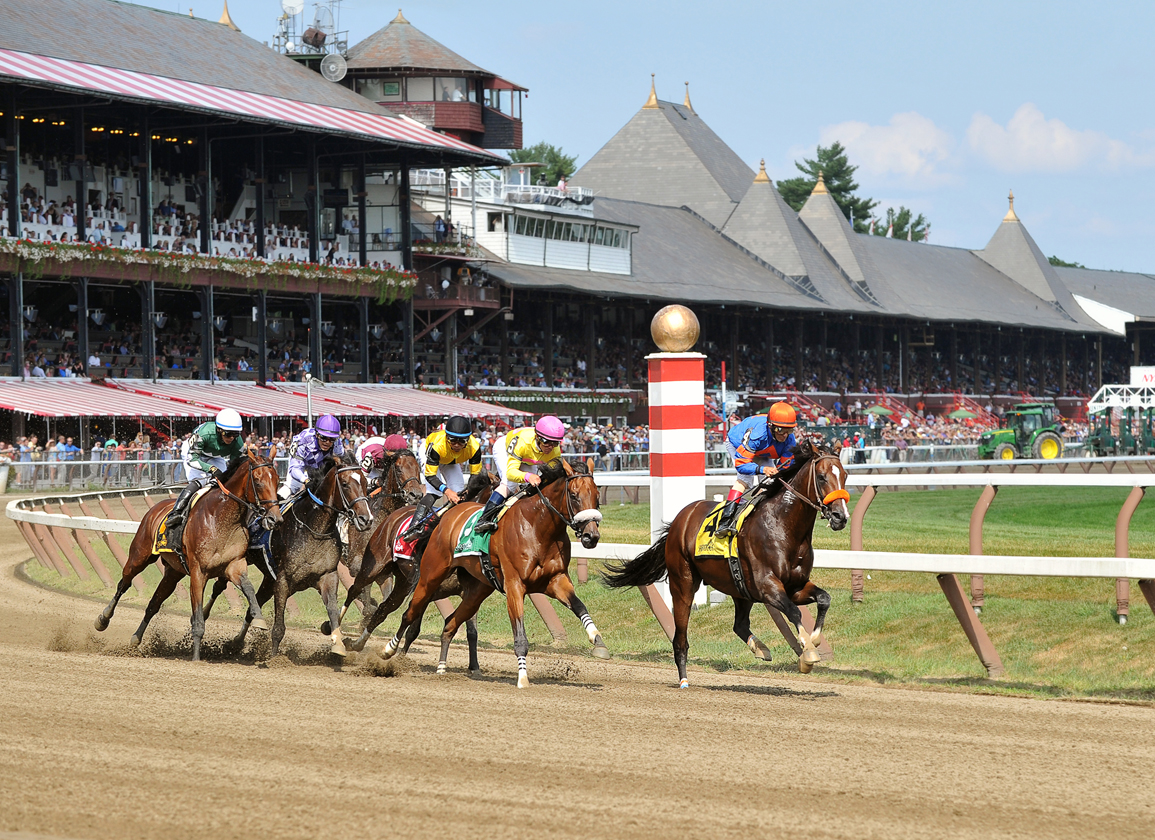 The stakes schedule for the 40-day summer meet at historic Saratoga Race Course will include 77 stakes worth $22.6 million in total purses, the New York Racing Association announced Tuesday.

Highlighted by the 153rd renewal of the Grade I, $1.25 million Runhappy Travers S. Aug. 27 and the Grade I, $1 million Whitney Aug. 6, the 2022 summer meet will open Thursday, July 14 and continue through Monday, Sept. 5.
The Travers Day card will include six stakes races, including five Grade I events.

With a focus on the New York-bred program and certain categories of stakes races, the 2022 summer meet will feature a purse increase of more than $1.1 million over 2021.

Saratoga Live, the acclaimed television show produced by NYRA in partnership with FOX Sports, will return for its seventh season to provide daily coverage of the summer meet to a nationwide audience on the networks of FOX Sports.

Following the four-day opening weekend, racing will be conducted five days a week, Wednesdays through Sundays, apart from the final week, when the meet will conclude on Labor Day.

The reconstructed Wilson Chute, last in use in 1992, marks the return of one-mile races on the Saratoga main track.

The Johnstone Mile for New York breds, to be run out of the Wilson Chute Aug. 12, is named in honor of the longtime horseman and NYRA employee Bruce Johnstone who passed at age 76 in February 2020 following a lengthy battle against cancer.

Saratoga will also pay tribute to the late Suzie O'Cain on Wednesday, July 20 with a 1 1/16-mile turf event for state-bred sophomore fillies.

O'Cain, who passed away in January following a battle with breast cancer, and her husband, Dr. C. Lynwood O'Cain, managed the late Carl Lizza's Highcliff Farm in Delanson, N.Y. for more than 20 years.

To view the complete stakes schedule for the 2022 summer meet, visit https://www.nyra.com/saratoga/racing/stakes-schedule/.