Rotknee A New Stakes Winner for Runhappy in Damon Runyon 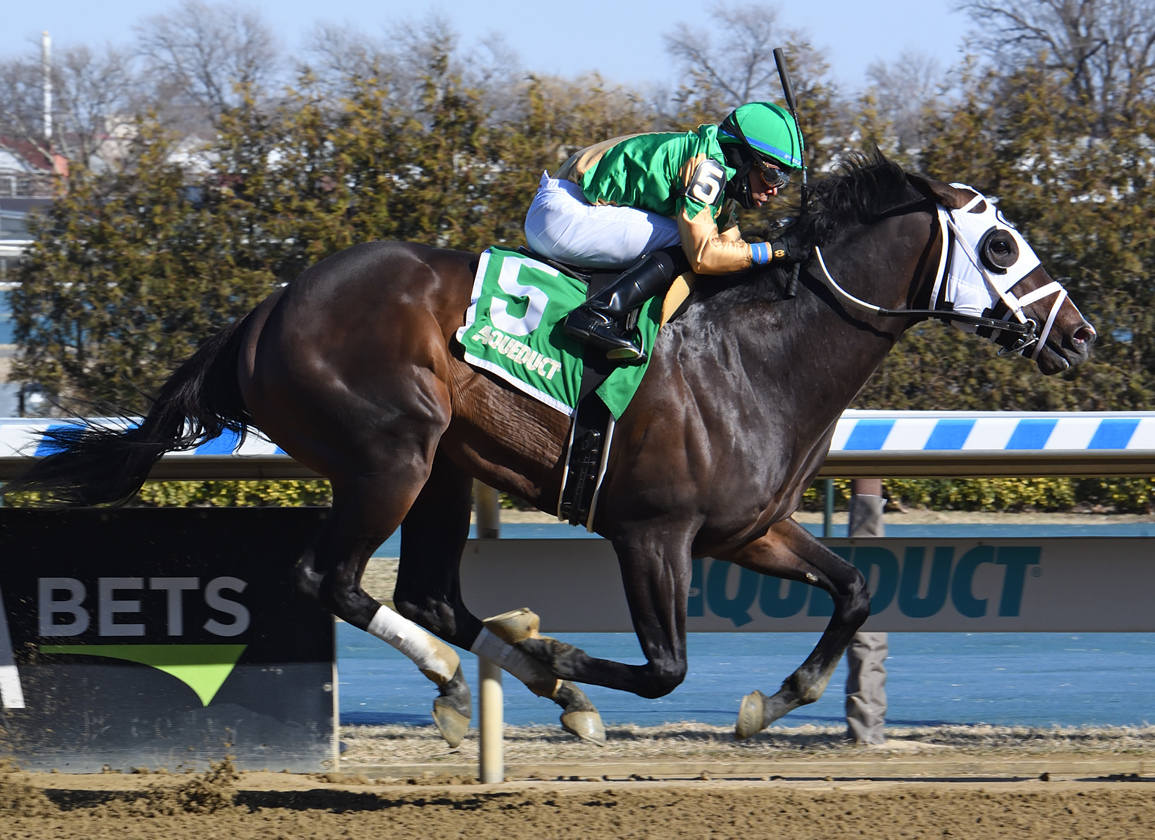 The progressive Rotknee (Runhappy) took his current winning streak to three, running out an easy winner of Sunday's Damon Runyon S. at the Big A.

Drawn widest in a field of five, the homebred showed the best early speed and angled over to the fence in the opening furlong, forcing odds-on Best Idea (Honor Code) to be checked for half a stride. Going strongly on the engine beneath Manny Franco, Rotknee turned them in a couple of lengths to the good and kept on gamely to become the seventh stakes winner for his second-crop sire (by Super Saver).

Runner-up on debut in the Belmont mud July 9, the Butler homebred went pillar to post to graduate at Saratoga the following month before hitting the shelf. The dark bay picked up where he left off with a three-length defeat of entry-level state-bred allowance foes Feb. 11.

William Butler acquired Rotknee's second dam for $65,000 at the 2005 OBS April Sale and raced her to six wins and a pair of New York-bred stakes placings for earnings of nearly $241,000. Mama Theresa was bred by former TDN publisher Barry Weisbord and Peggy Santulli and is a daughter of Nothing Special, a stakes winner and Grade II-placed galloper for Weisbord who also produced GI Jockey Club Gold Cup and multiple Empire Classic S. hero Haynesfield (Speightstown).

In Spite of Mama is the dam of Rotknee's 2-year-old half-brother Mama's Gold (Bolt d'Oro), a yearling filly by Audible and was most recently bred to War of Will. Click for the Equibase.com chart or VIDEO, sponsored by TVG.