Rosario To Ride in Saudi Arabia This Weekend 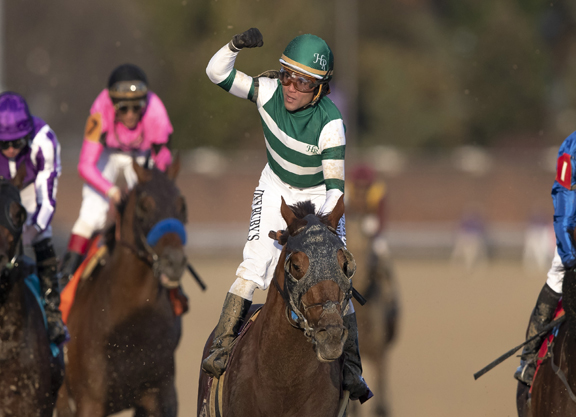 “I’m very excited to be going over there,” Rosario said. “I’ve been there before and it is exciting to go back. It will be a good chance for me to check things out before the Saudi Cup. I’ll be able to get used to the weather and the track.”

The entries have been released for both cards, but the final jockey assignments have yet to be determined. Rosario’s agent Ron Anderson said he did not know who his rider would be aboard but said the focus will be on the group races that will serve as preps for the Saudi Cup card.

“With the Saudi Cup, this is now their second biggest day, but it’s still a huge deal to them,” Anderson said. “It’s a huge deal for the princes and for The King. I’m not sure who else is coming, but I’d be surprised if Joel was the also big-name rider to fly in for the weekend.”

In the $20-million Saudi Cup, Rosario is expected to have the mount on ‘TDN Rising Star’ McKinzie (Street Sense) for trainer Bob Baffert.