Romanised Done For The Season 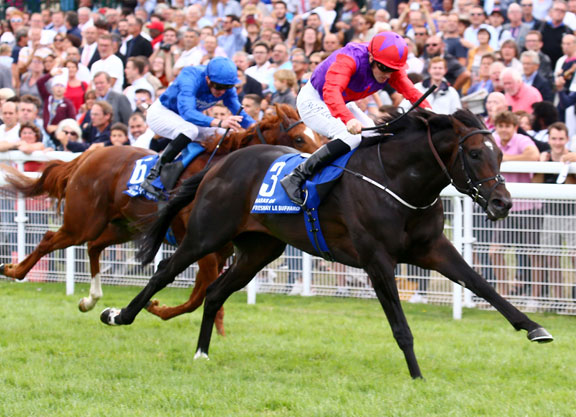 Ken Condon's stable-star Romanised (Ire) (Holy Roman Emperor {Ire}) will not run again this year but will remain in training for the 2020 season. Connections had been toying with the idea of targeting the GI Breeders' Cup Mile after the colt emerged from an agonizing defeat in the G1 Prix du Moulin de Longchamp in September in good shape. However a final decision has been made about plans for Robert Ng's Classic winner. “Romanised is finished for the season, but stays in training next year. Hopefully he comes back in the same form as he has been in this year,” Ken Condon confirmed on Thursday. “He's had a very good season. He started in April and improved throughout the year, which was great. He'll be let down now and we'll look forward to his return,” he added. Having began 2019 with an eye-catching run in the G3 Gladness S. at Naas before solid efforts in the G1 Al Shaqab Lockinge S. and G1 Queen Anne S. Condon envisages a similar style campaign next year, with a potential repeat win in the G1 Prix Jacques Le Marois no doubt also in the mix. “I'd have thought we'll be looking at similar races – races like the Lockinge at Newbury and the Queen Anne at Royal Ascot. He's done very well and we're delighted with him.”