Rock Your World Gets Back on Turf in Twilight Derby 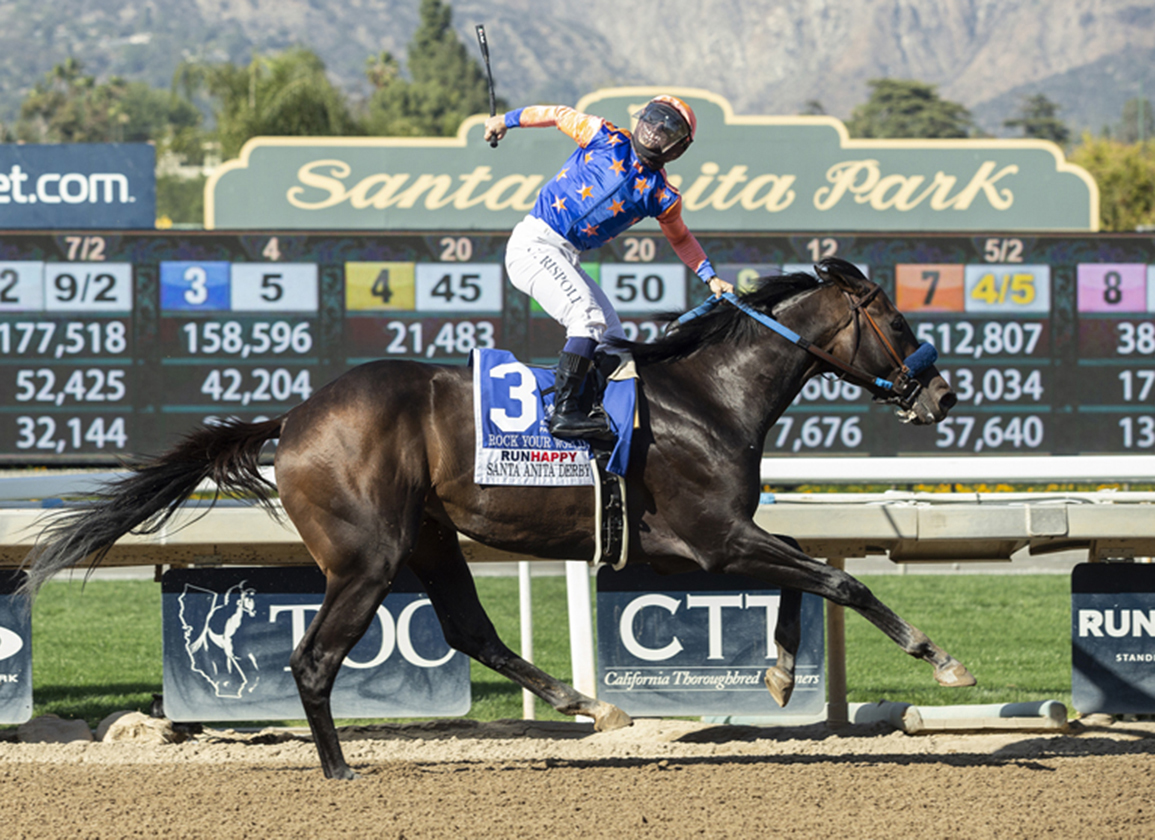 GI Santa Anita Derby hero Rock Your World (Candy Ride {Arg}) looks to take his turf record to three-for-three as he returns to the grass for the first time since February in Sunday's GII Twilight Derby at Santa Anita. Opening his account with a pair of turf victories, including the Pasadena S. Feb. 27, the $650,000 KEESEP buy wired the Santa Anita Derby Apr. 3, but could not reproduce that effort in Louisville, finishing 17th in the GI Kentucky Derby May 1. A well-beaten in the GI Belmont S. June 5, the dark bay checked in second to Derby winner and next-out GI Awesome Again S. victor Medina Spirit (Protonico) in the Shared Belief S. at Del Mar Aug. 29. Rock Your World adds blinkers for this return to the grass.

Several runners from the GII Del Mar Derby run back in this spot, including top two finishers None Above the Law (Karakontie {Jpn}) and Flashiest (Mizzen Mast). Winner of a pair of stakes at Golden Gate, None Above the Law captured the state-bred Real Good Deal S. at Del Mar July 30 before taking the Sept. 4 Del Mar Derby. Flashiest took the restricted Oceanside S. July 16, but was a well-beaten 11th in the GI Saratoga Derby Invitational S. Aug. 7. He was only 3/4 of a length behind None Above the Law last out.

This story was posted in Shared News and tagged Candy Ride, Flashiest, None Above the Law, Rock Your World, Santa Anita, Twilight Derby.