Road To The Mongol Derby: The Guru 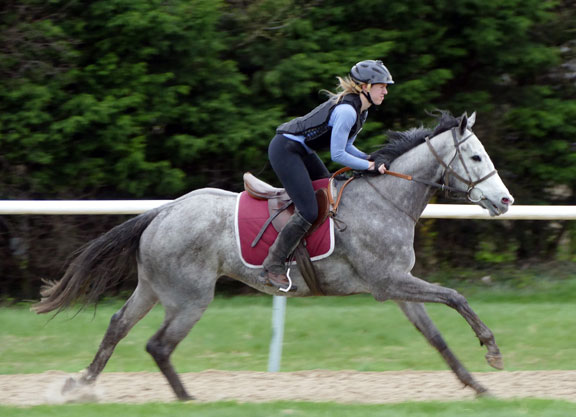 TDN International Editor Kelsey Riley will be riding in the Mongol Derby in August 2018, and will be regularly blogging about her preparations and ultimately, her 1000-kilometer, 10-day ride across Outer Mongolia. Every rider chooses a charity for which they raise money as part of the process. Kelsey has chosen the Thoroughbred Retirement Foundation's Second Chances Program at the Blackburn Correctional Complex in Lexington, KY. To learn more about Blackburn, click here.

“Don't worry, you won't even notice how bad you smell until you get back to the city.”

That was just one of the pearls of wisdom afforded me last week by 2013 Mongol Derby veteran Shelley Bates, shortly after she informed me that my plan of three clothing changes over my 10 day, 1000 kilometre journey across the Mongolian steppe was far too many–one at most, maybe none, but a change of socks every day, she suggested. What luxury.

While in England last week for the event of the year–no, not the Craven meeting, but rather the wedding of my friends Matt and Amanda Prior–I took the opportunity to travel down to Surrey to meet the woman known simply among Derbyists as The Guru: endurance trainer Maggie Pattinson, who operates On The Hoof Distance Training and has been at the forefront of the Derby organization and crew since the event was inaugurated nine years ago. Maggie has been sending us Derbyists invaluable guides on what to wear and pack as well as how to train physically, mentally and health-wise. My training up to this point has revolved around galloping racehorses, which has undoubtedly been fantastic for strength, fitness and dealing with, ahem, strong-willed horses, but I was eager to test my stamina. Fortunately, Maggie was happy to let me saddle up her quarter horse cross Cheyenne and go for a ride with Shelley, who is preparing for a 100-mile ride in three weeks' time.

Our ride took us around the scenic Hankley Commons military training grounds, which has also been used for movie sets– including James Bond films The World is Not Enough, Die Another Day and Skyfall–and around the top of the Devil's Punch Bowl, a nature area punctuated by a deep crater in the earth (Go Pro video). We went through wooded areas, down roads, along the bottoms of deep ditches and across a few flat straights. All the while, I pestered Shelley with questions pertaining to Derby survival: what is the food like? How do I manage chafing? And, most importantly, what about those wild dogs notorious for chasing Derbyists??

“Turn the horse to face them, and they will most likely back off,” she said. “And if they don't, make sure you hold your feet up high enough that they can't get them.”

My day with Shelley and Maggie was a fantastic opportunity to pick their brains about all things Derby and to get a gauge on my stamina in the saddle.

On the bright side, I bounced out of the ride in great form with no soreness, so am therefore thrilled with my fitness level just over three months' out. My goal for the next few months will be to fit in a few 40 km rides–the Derby is made up of 25 40-km legs, and I think going into the adventure knowing what 40 kms feels like will be an advantage mentally. They say your body can handle just about anything, it's your mind you have to convince. Psychological training will be just as pertinent as physical over the coming months.

My week in England also allowed me to spend a few mornings riding out with my good friend, trainer John Berry. The last time I had visited John it was the dead of winter, and Newmarket felt like a ghost town as we trotted the trails rarely seeing another horse and rider. This time, I got to make my debut on the Newmarket Heath during Craven week, the official opening of the flat season in racing's Headquarters. I was surely gawking like the tourist I was at the giant strings passing all around us and the amazing views across Warren Hill–a very different sight than the flat ovals of American racetracks! (Go Pro video)

On the fundraising side, donations for the Thoroughbred Retirement Foundation's Second Chances Program at the Blackburn Correctional Complex have continued to trickle in steadily. We are at nearly $11,500 and while I'm thrilled, we still have work to do. Head on over to my fundraising page and show some love to the horses at Blackburn and a great program that supports ex-racehorses and the local community in Lexington.