No Points for Suspended Trainers on Road to the Kentucky Derby 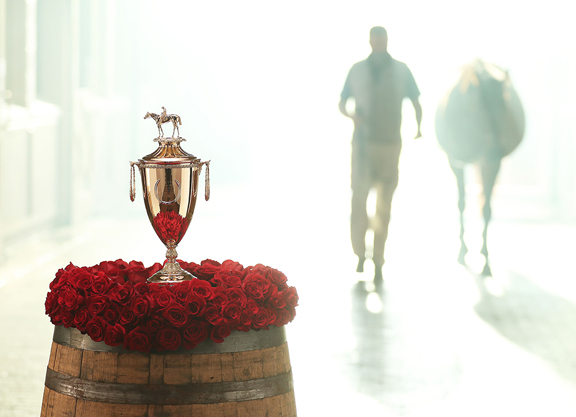 The official “Road to the Kentucky Derby Presented by Woodford Reserve,” will begin Sept. 18 at Churchill Downs with the GIII Iroquois S., has been unveiled with a new proviso that horses under the care of suspended trainers will not be awarded points in the Derby prep races.

Additionally, the new $100,000 Untapable, a one mile and 70-yard race for 2-year-old fillies that same day at Fair Grounds, has been added to the Oaks series, which features a total of 32 races.

The Iroquois will again kick off the 21-race “Prep Season,” which features foundation-building races over a minimum of one mile between mid-September and mid-February. Points awarded during the “Prep Season” are worth 10-4-2-1 to the top four placings, respectively, except for the Nov. 5 GI Breeders' Cup Juvenile at Del Mar, which is worth twice as much (20-8-4-2).

In addition to the primary “Road to the Kentucky Derby” series, there are two separate series that each carve out one spot for a potential horse from Europe and Japan.

As was the case this year, the 2022 Kentucky Derby will be run without the permitted use of Lasix. Points will only be awarded to horses who compete on race day without Lasix in Road to the Kentucky Derby races.