Rising Stars to Test One Another in Sham 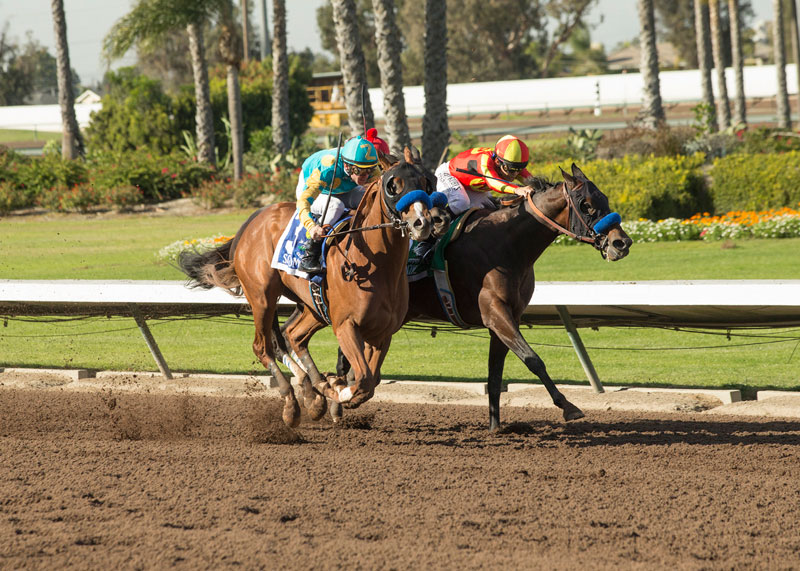 The GIII Sham S. comes at a time of the year when, typically, many of the previous year's best are resting up for the approaching Classics season. While that is true, by and large, this time around, a pair of progressive 'TDN Rising Stars'–both from the barn of Bob Baffert and both sired by Kentucky Derby winners–are the standouts in a surprisingly strong field for the year's first graded event for sophomores.

Watson, Weitman and Pegram's McKinzie (Street Sense) was named for the late Los Alamitos executive and earned his Rising Star badge with a dominating 5 1/2-length debut success at this track Oct. 28 over a pair of next-out winners. Tested immediately for class in the GI Los Alamitos Futurity, the $170,000 Keeneland September graduate was outfinished by Solomini (Curlin) as the 1-2 chalk, but was subsequently put up to the victory on a very controversial disqualification. The bay has worked well since and gets blinkers off for his 3-year-old unveiling.

“He's doing very well,” Baffert said of McKinzie. “If I didn't run in the Sham, I'd have to wait until February. I'm running him long and taking the blinkers off…the next two preps after this will be for the real big money.”

While McKinzie has that two-turn experience in his favor, Mourniho (Super Saver) will be trying a route of ground for the first time in the Sham. A $30,000 Keeneland September yearling turned $625,000 OBS March home run, the May foal powered home to best recent maiden winner Peace (Violence) by 4 1/2 lengths on his six-furlong bow Sept. 30, but was no better than second as the odds-on choice in the Oct. 15 Speakeasy S. The blinkers came off for the GIII Bob Hope S. at Del Mar Nov. 11, but he couldn't see it out after being presented every chance in the lane and settled for second to subsequent Springboard Mile S. hero Greyvitos (Malibu Moon). Baffert elects to throw the shades back on Saturday afternoon.

Shivermetimbers (Shanghai Bobby) was a big-figure third behind McKinzie in the Oct. 28 maiden and validated the performance with a head defeat of the aforementioned Peace going a mile at Del Mar Nov. 23, the pair finishing better than eight lengths clear of the third that afternoon. Flavien Prat takes over in the irons for Mike Smith, who sticks with McKinzie.