'Rising Stars' Set To Do Battle in Soaring Softly 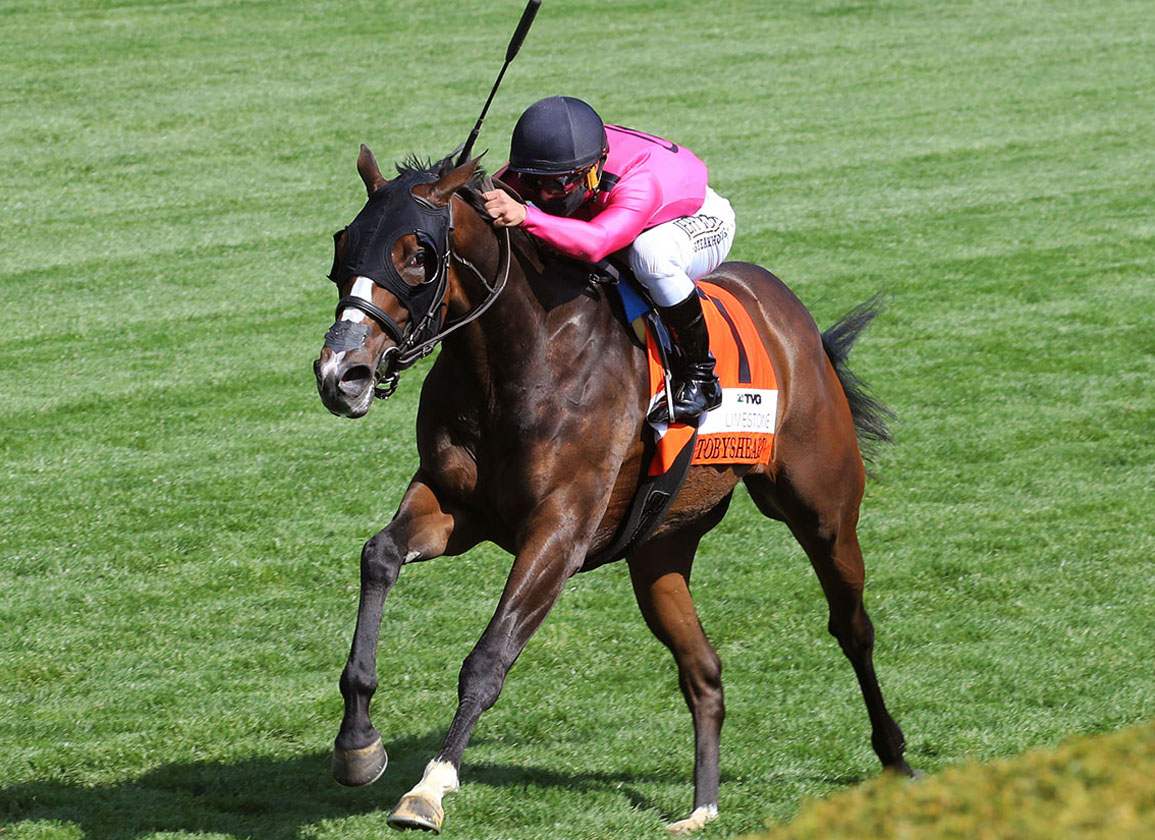 Arguably the most interesting graded event being held this weekend not named the Preakness, Saturday's seven-furlong GIII Soaring Softly S. has attracted an evenly matched group of 11 sophomore fillies headed by a pair of 'TDN Rising Stars.'

Tobys Heart (Jack Milton) got the 'Rising Star' nod off a spectacular debut over 5 1/2 furlongs of the Matt Winn turf course at Churchill just shy of a year ago, overcoming a slow break to score by the better part of seven lengths. An easy winner of Saratoga's Bolton Landing S. in August, she was forced to miss the Breeders' Cup via injury and was sixth trying two turns for the first time in the Feb. 27 GIII Hercomesthebride S. at Gulfstream. The dark bay was back to her best in her latest, a rallying, half-length success in the TVG Limestone Turf Sprint S. at Keeneland Apr. 9, for which she earned a career-best 88 Beyer Speed Figure. Saturday's trip should hit her right between the eyes.

Star Devine (Ire) (Fastnet Rock {Aus}) has the right to excel over further, but takes this next logical step off a 'Rising Star' debut at Aqueduct Apr. 8 in which she spotted her rivals a handful of lengths at the break, but sprinted hard in the final furlong and a half to win going away.

Contrarians could easily land on Hit The Woah (Vancouver {Aus}). The daughter of a precocious G1 Golden Slipper winner, the bay broke her maiden at second asking in a rained-off event at Aqueduct last November, defeating no fewer than five next-out winners in the process. Fourth at odds-on in the Jan. 2 Glitter Woman S. over the Gulfstream main track, the $150,000 KEESEP purchase came with a late run to be third, beaten a half-length, in the one-mile Sanibel Island S. in Hallandale Mar. 27. The slight cutback in trip could be to her advantage.

Invincible Gal (GB) (Invincible Spirit {Ire}) broke her maiden on debut over a turf sprint trip last August and makes her first appearance since finishing second in the Tepin S. over a mile and a sixteenth at the Big A in late November.