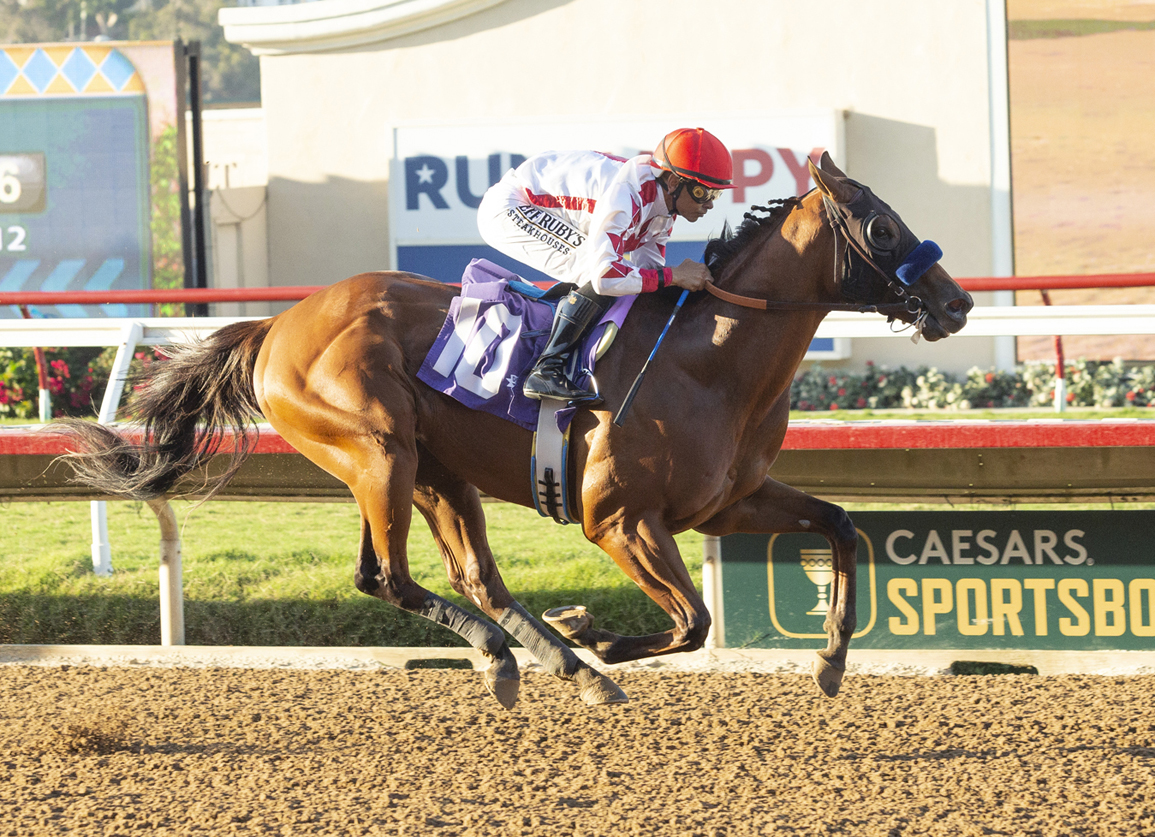 'TDN Rising Star' Corniche (Quality Road) looks to stamp his ticket to the upcoming GI Breeders' Cup Juvenile in Friday's GI American Pharoah S. at Santa Anita. Topping the OBS April sale at $1.5 million, the Speedway Stable colorbearer wired the field for an effortless 4 1/4-length graduation in his 5 1/2-panel unveiling at Del Mar Sept. 4, earning a gaudy 98 Beyer Speed Figure. His breeding indicates this extension to a route of ground should be no problem and with his rail draw, pilot Mike Smith is likely to weaponize the colt's speed yet again.

Baffert saddles two more members of this seven-horse field in Rockefeller (Medaglia d'Oro) and Flying Drummer (Gun Runner). A $750,000 KEESEP purchase by the group know as the Avengers, Rockefeller led every step of the way in his career bow going six furlongs at Del Mar Aug. 28 and was geared down late, coasting home to a 2 1/4-length win and an 80 Beyer Speed Figure. The red hot Flavien Prat climbs aboard for this two-turn bow and Rockefeller is another colt who should not blink at the added distance.

The maiden Flying Drummer, an $850,000 OBSAPR buy, rounds out the Baffert trio. Missing by a head in his six-panel debut at Del Mar Aug. 7, the gray finished 4 1/4 lengths behind Oviatt Class (Bernardini) last time going a mile at the seaside oval Aug. 27.

Pappacap (Gun Runner) looks to return to winning ways in this event. A front-running winner of his career bow at Gulfstream May 14, the bay was a decisive winner of the Aug. 7 GII Best Pal S. at Del Mar, beating Finneus (Stay Thirsty) by 4 3/4 lengths. He was fourth last out behind the Baffert-trained Pinehurst (Twirling Candy) in the GI Del Mar Futurity S. Sept. 6, in which Finneus was second.

Undefeated Cal-bred Joker Boy (Practical Joke) rounds out the field. Rallying to win at first asking in a state-bred event at Del Mar, the bay wired the Cal-bred I'm Smokin S. last out sprinting in SoCal Sept. 4. He tries open company and two turns for the first time in this leap into the deep end.