'Rising Star' Runs Up the Score in the Gimma 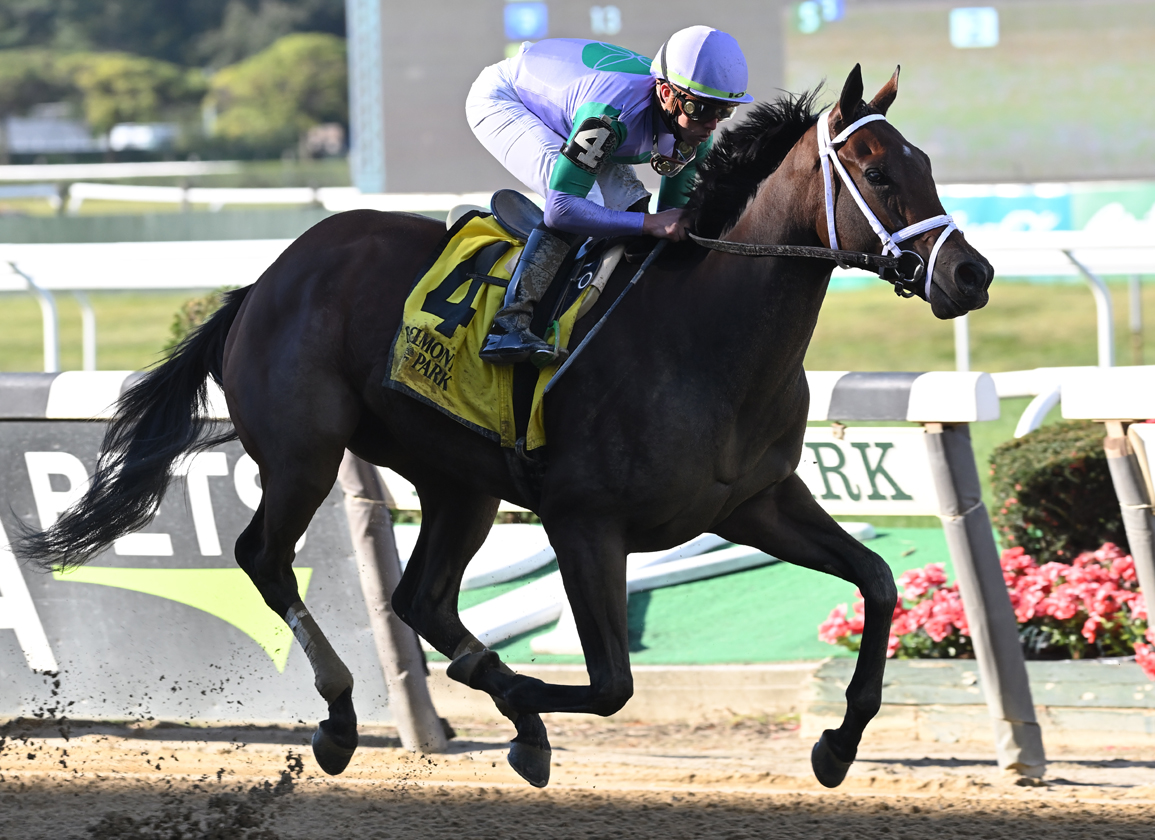 Robert and Lawana Low's Classy Edition (Classic Empire) became the second stakes winner for her freshman sire (by Pioneerof the Nile) with a popular victory in Friday's Joseph. A Gimma S. at Belmont Park.

Favored off a smashing 6 3/4-length debut success at Saratoga Sept. 5 for which she was named a 'TDN Rising Star', the $550,000 Fasig-Tipton Midlantic breezer was beaten for speed and trailed the field early before being steered to the outside of her rivals and improved into midfield to the turn. Niggled at into the final three furlongs, Classy Edition began to find her best stride four deep at the top of the lane, struck the front at the three-sixteenths pole and was ridden out to score by a wide margin.

“First time she backed up out of the dirt [kickback] a little bit like most first-time starters will do,” explained winning trainer Todd Pletcher. “She settled into it a little better here. He [Irad Ortiz, Jr.] ultimately had no other option but to go out four or five wide. It looked like she finished with good energy.”

The conditioner indicated that the $250,000 Maid of the Mist S. going a one-turn mile is the likely next start for the winner Oct. 30.

A half-sister to the treble stakes-winning Newly Minted (Central Banker) and to MSP New Girl In Town (Boys At Tosconova), Classy Edition has a yearling half-brother by American Pharoah from this same sire line. Newbie was bred to both Laoban and Vekoma this past season. Click for the Equibase.com chart or VIDEO, sponsored by TVG.