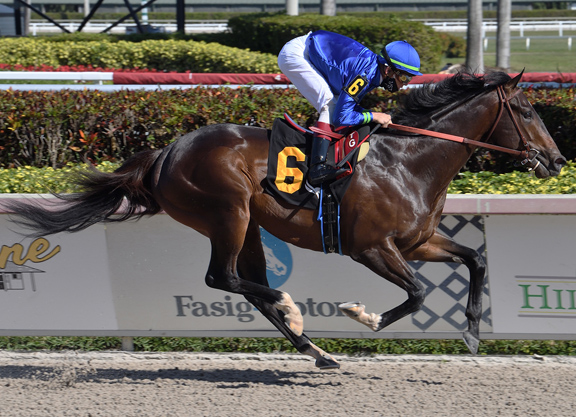 There is also an optional claiming allowance for 3-year-olds going 1 1/8 miles in the condition book for Thursday, Feb. 25.

“He worked good and he galloped out good,” trainer Brendan Walsh said. “We're happy with him. I thought he was a good horse before he ran, but did I expect him to do what he did? Absolutely not, especially one of mine first time out. They generally improve, so I would like to think that this guy has some improvement in him. We won't get too carried away. We'll move on to the next one, and he'll be given plenty of chances to prove himself as we go forward.”

Walsh added, “He ran so well at Gulfstream the last time we would probably like to keep him in something at Gulfstream. There's the Fountain of Youth and there's an allowance race there, as well. It's probably going to be one or the other. We'll just see how he does here over the next few weeks and go from there. We'll let him tell us.”