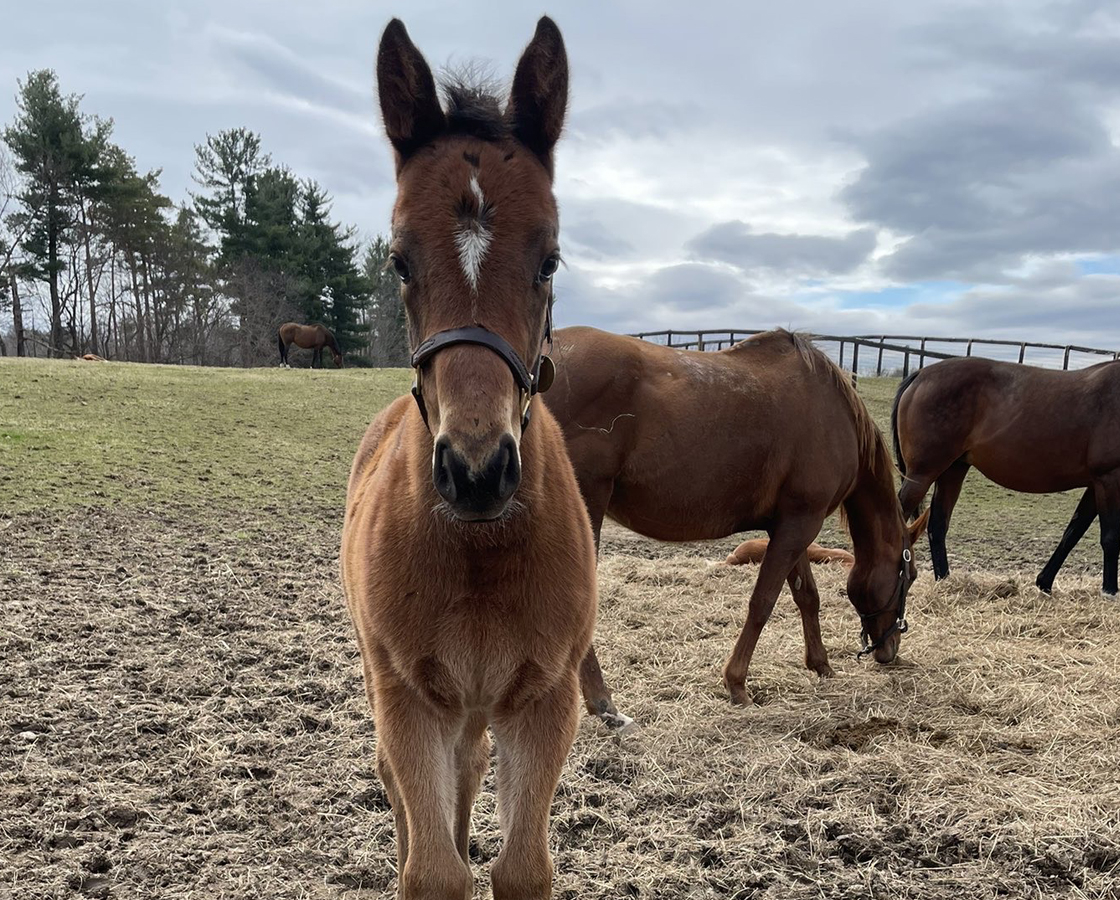 Scott Miller has only been involved in breeding for a few years, but he's more than happy to stick around for a while longer now that he owns a half-sister to a Kentucky Derby winner.

Miller's mare Lode Lady (Posse) is the first foal out of the Smart Strike mare Gold Strike, the dam of newly-acclaimed Derby hero Rich Strike (Keen Ice). Foaled in 2008, Lode Lady made three trips to the winner's circle at Woodbine and earned over $150,000 during her racing career before ending up with Miller eight years later.

With only two starters but no winners on her produce record so far, Lode Lady foaled an Honest Mischief filly this year at Waldorf Farm in New York. While the mare was slated to visit a regional stallion this spring, she is now bound for Kentucky to be bred to Vino Rosso, Spendthrift Farm's champion son of Curlin.

“She had her Honest Mischief foal and the next thing you know, [Waldorf Farm manager Kenny Toye] calls me and says, 'Hey, this mare's half-brother named Rich Strike is running in the Derby,'” Miller said. “I told him that at 80-1 it wasn't going to do anything, but Kenny had looked at the pedigree. He said the horse could go the distance and that he thought Rich Strike could win. Sure enough, he did. This is a dream that you would never believe could happen.”

“I started getting into Thoroughbreds right before COVID started,” Miller explained. “I decided I was too old for hack riding. A friend of mine called me and said she had a few Thoroughbred yearlings available. I ended up taking them from her and racing them. I really enjoyed it even though I never made a dime with them.”

It wasn't long before Miller was looking to add a few broodmares to his stable. He got in touch with breeder Jon Marshall. The Texas-based horseman was selling two mares along with their foals for a combined $40,000.

Miller decided to take only the mares, Stormy Tak (Stormy Atlantic) and Lode Lady, and let Marshall sell the foals. Stormy Tak's foal, a son of Gun Runner, went on to bring $270,000 as a yearling. Lode Lady's yearling brought only $25,000. 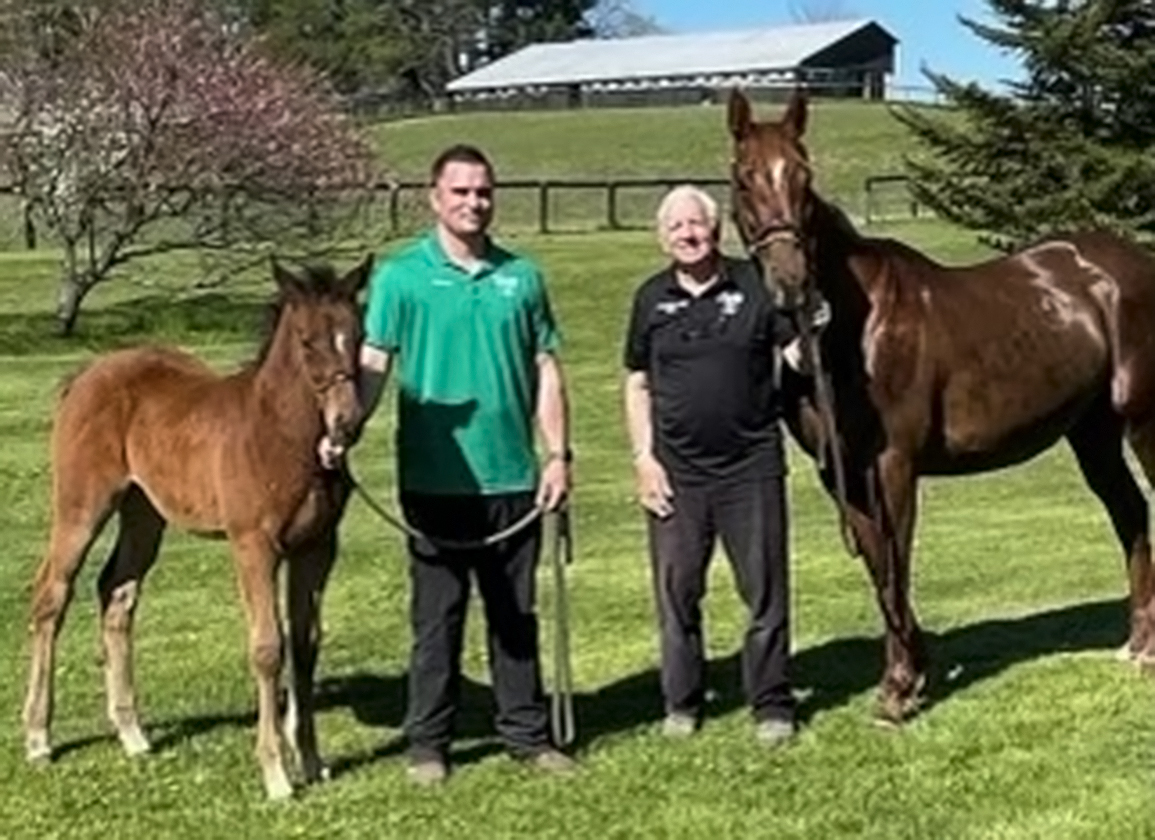 Miller could never have predicted that today, Lode Lady might have the more valuable pedigree of the pair, but he is grateful to Marshall for helping him get his start as a breeder.

“The day Rich Strike won the Kentucky Derby, Jon and his wife called to congratulate me,” Marshall said. “I told him that he should be sick because he gave me the mare, but he said he was happy for me. I am relatively new at this, so he has been kind of a mentor for me.”

While Miller has big plans for Lode Lady, he has no immediate intentions of putting her through a sales ring.

“It's hard to sell something when someone gives you a gift,” he explained. “I really have no money invested into this horse. Jon basically gave her to me and the only thing I have invested is the stud fees, so why would I get rid of her?”

As for the mare's Honest Mischief filly, who was foaled in February, Miller is still not sure where she could end up.

“I almost always sell the foals, but I just don't know with her,” he admitted. “I've thought about keeping her and running her myself, but we may test the waters and put her in a sale. This foal is special in my eye. She's beautiful with good size and bone.”

Dr. Jerry Bilinski, who oversees Miller's broodmare band at Waldorf Farm, can remember one similar experience with a sudden, favorable pedigree update when his stallion Cormorant was represented by 1994 GI Kentucky Derby winner Go for Gin.

“I was busy on the farm when I got a call that night that Go for Gin had won the Derby,” he recalled. “I didn't even watch the race because I was working away.”

“It's always interesting because you have the horse that wins the Derby, but then you have all these peripheral horses that suddenly become more valuable,” Bilinski said. “In this case, this mare was supposed to be bred in New York but then 48 hours later, she's on her way to Kentucky. It just shows you that lightning in one bottle can strike and when it does, it oftentimes strikes in other bottles around the horse community.”

While Miller does not typically bet, his wife did place a win bet on Rich Strike.

“Right after the race she said she wanted to go buy a handbag,” Miller recounted with a laugh.

“I'm lucky that I got these mares and got connected with the right people,” he said. “There are a lot of good people in this industry that you don't ever hear about. For Jon to give me these mares and then for this to happen, I still can't believe it.”