Rich Strike Was on Vet's List, But Reed Says It's No Big Deal 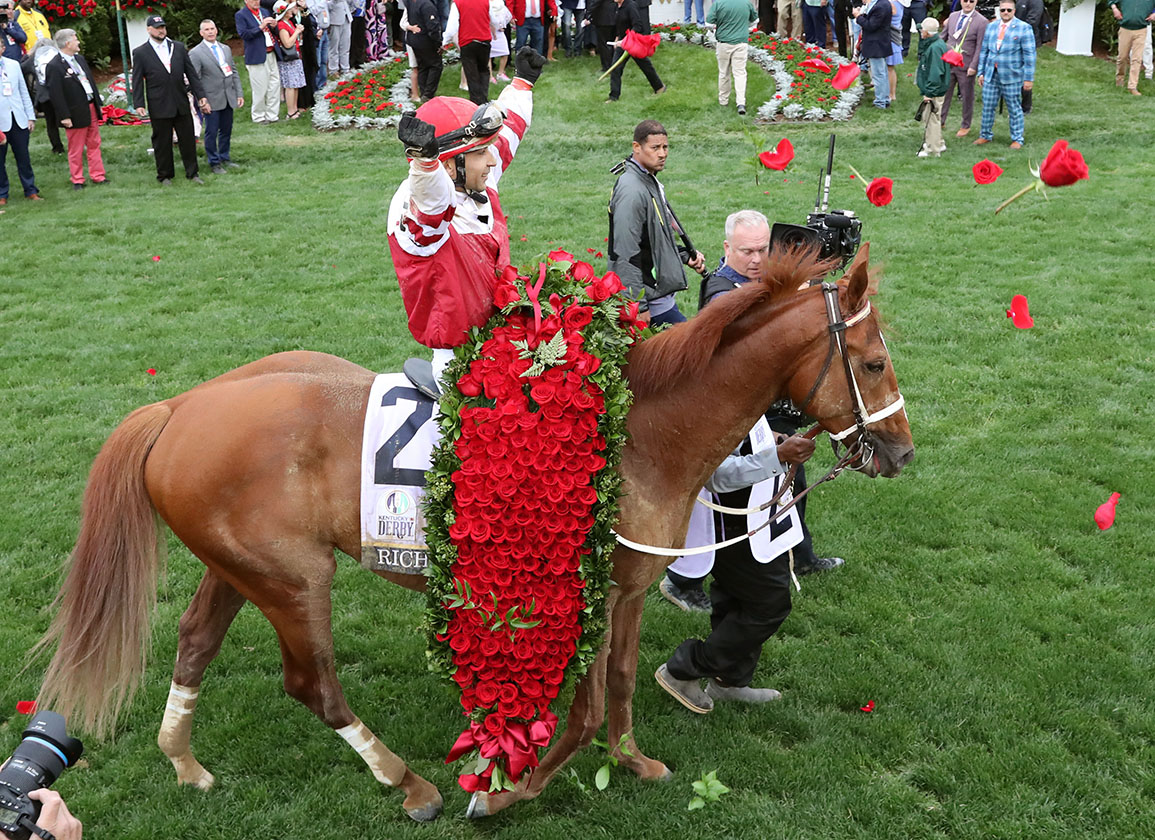 Rich Strike (Keen Ice), the winner of the GI Kentucky Derby and a starter in the upcoming GI Belmont S., was placed on the Kentucky Horse Racing Commission's veterinarian's list May 22 and did not come off the list until last Sunday. However, trainer Eric Reed reports that the horse's presence on the vet's list is not a cause for concern.

“He was on there because of routine stuff that we had a chiropractor work on,” Reed said “In Kentucky, with anything like that you have to report it to them. You have to report everything and I think it's going to get even stricter with HISA about to come in.”

Reed said that chiropractic work has been a part of Rich Strike's routine between races.

“We work on his back constantly,” Reed said. “He's a big muscular horse and it's part of what we do. We worked on him before the Derby as well. This is not a big deal at all. Beyond a doubt, he's fine and will be ready to go Saturday.”

Reed said this was the only time Rich Strike had appeared on the vet's list.

While still on the list, Rich Strike worked five furlongs between races at Churchill Downs May 30 in :59 flat.

Answers were not forthcoming as it is the Kentucky Horse Racing Commission's policy not to disclose any information about horses that make it onto the vet's list.

Prior to the Derby, Derby starters Mo Donegal (Uncle Mo), Charge It (Tapit) and Barber Road (Race Day) had spent time on the Kentucky list.