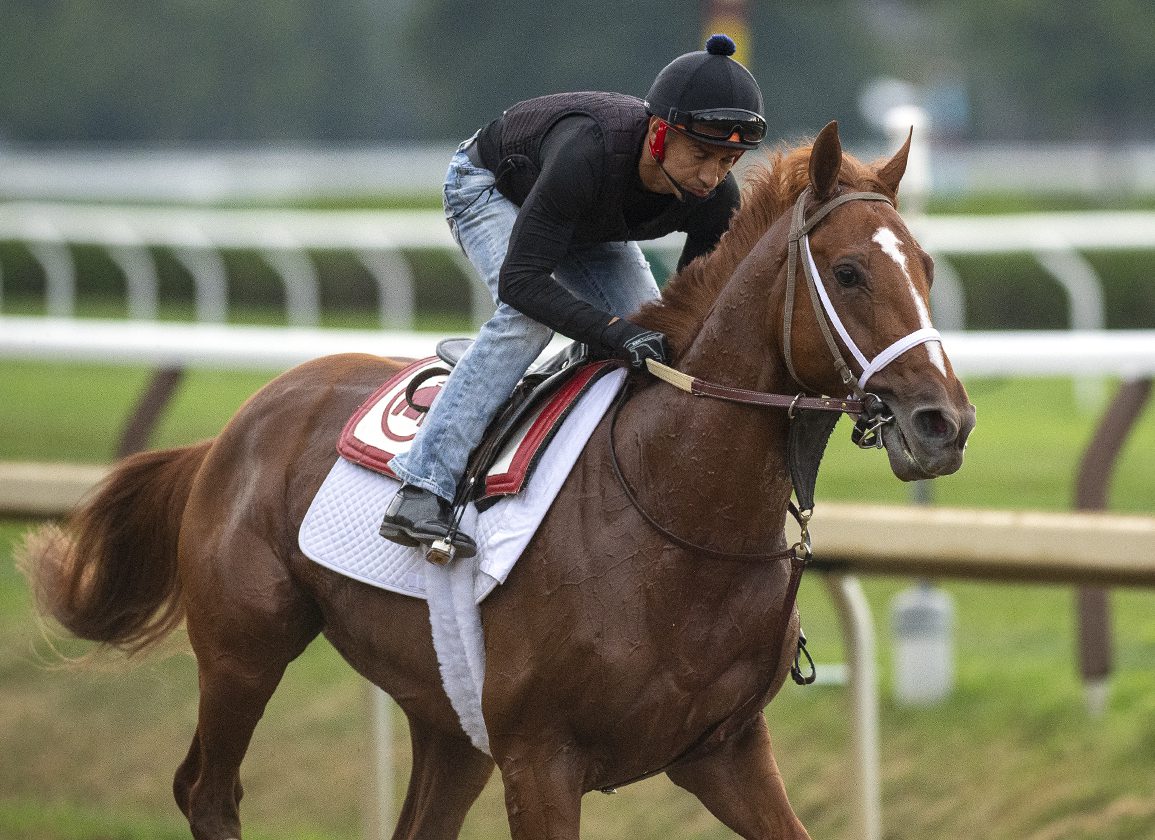 With a firm opinion of what went wrong in the Rich Strike's sixth-place finish in the GI Belmont S. June 11, Reed is expecting a much better performance in the $1.25-million signature race of the Saratoga Race Course meet Aug. 27. He will be the first Derby winner to run in the Travers since Always Dreaming (Bodemeister) finished ninth in 2017. The last horse to complete the Derby-Travers double was Street Sense (Street Cry) in 2007.

Rich Strike was the sensational and shocking winner of the Derby May 7 at odds of 80-1. Under little-known jockey Sonny Leon, he benefitted from a torrid early pace, made a run from far back and wove around a bunch of horses without checking in the stretch. Approaching the wire, he zipped past the dueling leaders, Epicenter (Not This Time) and Zandon (Upstart), on the inside to complete a storybook performance. His connections decided to skip the GI Preakness S. two weeks later and focused on the Belmont, where he turned up as an also-ran.

Reed shipped his colt from Kentucky to Saratoga Sunday and said he has him ready to start the second half of his season in America's oldest race for 3-year-olds.

“He's going to show up and run his race and if he can beat Epicenter and those horses again, good for us,” Reed said. “I know he can. He's done it once before.”

The journey to Saratoga by van was uneventful and Reed said that Rich Strike seems comfortable in his new surroundings at Dale Romans's barn. Reed and Romans have known each other since they were young trainers sharing the same barn at the old Latonia track, now Turfway Park.

“He shipped really good,” Reed said. “When he got here he was bucking and playing in the shedrow as soon as we unloaded him, so the trip didn't seem to take too much out of him.”

Though it's only been a couple of days, Reed said that Rich Strike looks to be smoothly getting over the main track, which is about 200 yards from his stall.

“He seems happier on the track,” Reed said. “He trained great at Belmont, but it seemed to me watching him that he was really putting a lot into it. Up here, he's training as hard but he's not having to put as much into it. I don't know if that's just the difference in surface or what it is, but really in the 10 weeks off he's matured a lot. He's calmed down He's just seemed like he's more relaxed about doing this and not so swelled up trying to show off so much. He's trained great.”

In the 1 1/2-mile Belmont, Reed asked Leon to keep the colt on the outside and away from traffic in the field of eight. He said he realized by the time the field reached the first turn that it was the wrong strategy. Reed said that even though the colt comes from off the pace, he is at his best when he is surrounded by the competition.

“The race was not the right race anyway, for his style,” Reed said. “I think if I hadn't given Sonny those instructions, he could have been down where he wanted to be and he would have tried a lot harder. We'd never, ever had him out in the middle of the track in any race. He's run in the center of the track in the Derby, but he had horses all around him on both sides. And we just learned that if he doesn't have a horse to the right, he just gets too aggressive with the horse beside him. But if they're on each side, he just wants to fight all of them and he'll run through them. I didn't know that. My God, we had one speed horse, we were the deep closer and six gallopers. I said 'the worst, you're going to be two or three wide when you got to run by them. Don't get in trouble.' It was a bad decision. You could see he had his head cocked the whole way around the turn trying to get to the inside.”

While he understands the error, Reed said he hasn't gotten past the disappointment of how the Belmont played out.

“It still haunts me,” he said. “Not because of me, but because everybody starts saying 'I told you so.' But every race that horse ran all year he ran great. The competition got better every race. The races were tougher, every race, and he kept getting better and better and better. The only bad race, or anomaly, wasn't the Derby, it was the Belmont.

Reed looks at the 1 1/4-mile Travers as a fresh start. He hopes he will get his colt to the GI Breeders' Cup Classic and the division title. The veteran trainer said he was never tempted to give Rich Strike a prep for the Travers.

“No, we were going to give him a mid-summer break,” Reed said. “He needs a little bit more time between races than most horses so there was no way we could hit the [GI] Haskell S. or the [GII] Jim Dandy S. because of the timing. The Haskell was on the wrong track anyway, another track for speed horses, and it's 1 1/8 miles. We knew we wanted to give him a little break. He had come off five races, the Derby, the Belmont and then he's had six breezes. He got 30 days of light training, which to him is still pretty hard training. I think we're right where we always wanted to be.”

Reed acknowledged that the arrival of the Derby winner–the 27th in history to try the Travers–has attracted a lot of interest in Saratoga.

“They've got to come see him,” Reed said. “I guess they're all waiting to see if he's going to back the Derby race up, which I don't blame him. I'm pretty sure he'll run better than in the Belmont.”