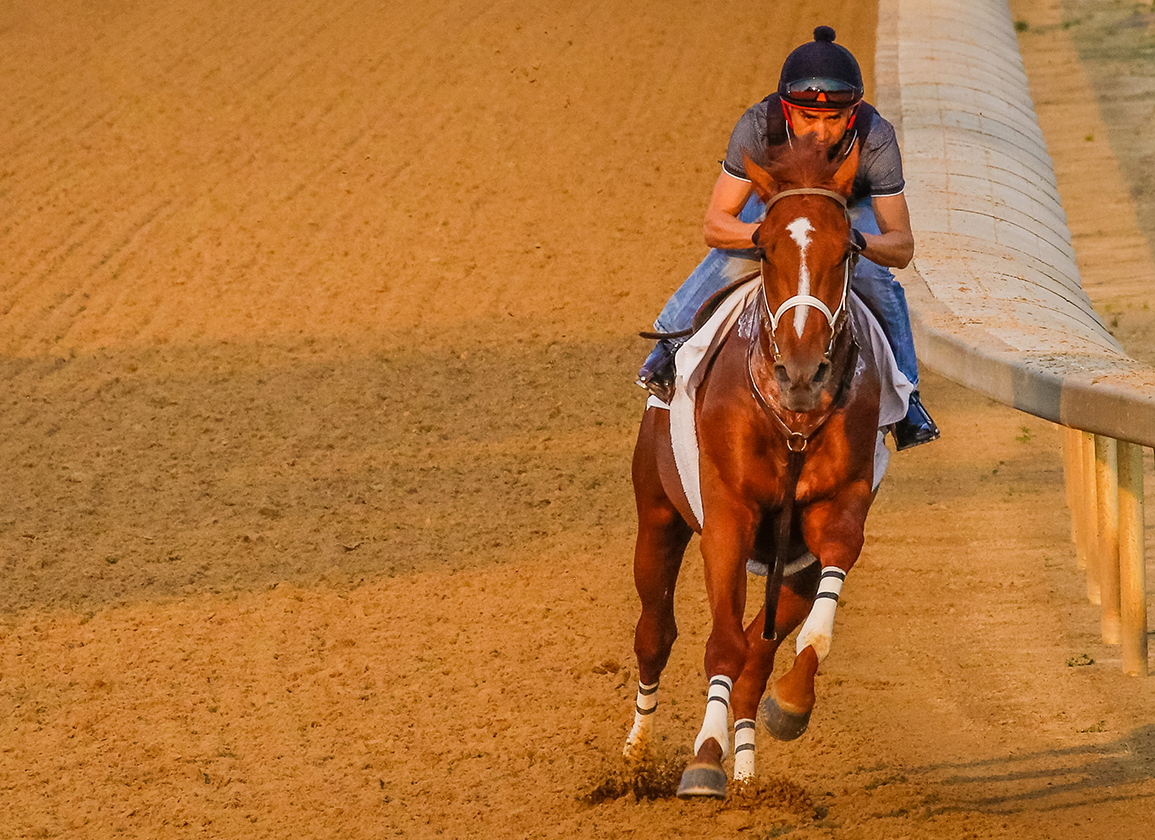 With rider Gabe Lagunes in the saddle, Rich Strike clipped off eighth-mile fractions of :11.80, :23.20 and :34.80, according to Churchill Downs clocker John Robertson. The 80-1 upset winner of the Derby galloped out six furlongs in 1:12 and completed seven furlongs in 1:26.

Trainer Eric Reed watched the work from the backside so he could watch his prized colt gallop out and supervise him coming off the track.

“He got away real well and worked exactly like we wanted him to do,” Reed said. “The track was a little quicker since it was in the afternoon but it was exactly what we wanted to do. Yesterday he was starting to relax in the morning. After some time away from the races that's sort of what we've seen from him. There's no doubt about his confidence. We've seen him come off the track in mornings more playful. It's like he knows what he did in the Derby. I still don't think we've seen the best of him.”

Rich Strike is scheduled to leave early Tuesday morning to compete in the 1 1/2-mile Belmont, the third jewel of racing's Triple Crown. Reed and owner Rick Dawson opted to skip the second leg, the $1.5 million GI Preakness S., to give Rich Strike more time between starts. The former $30,000 claimer has been based at Churchill Downs' Barn 17 for nearly two weeks.

“We're going on with the year with no regrets,” Reed said. “We did what was best for Ritchie and I'm confident we made the right decision.”