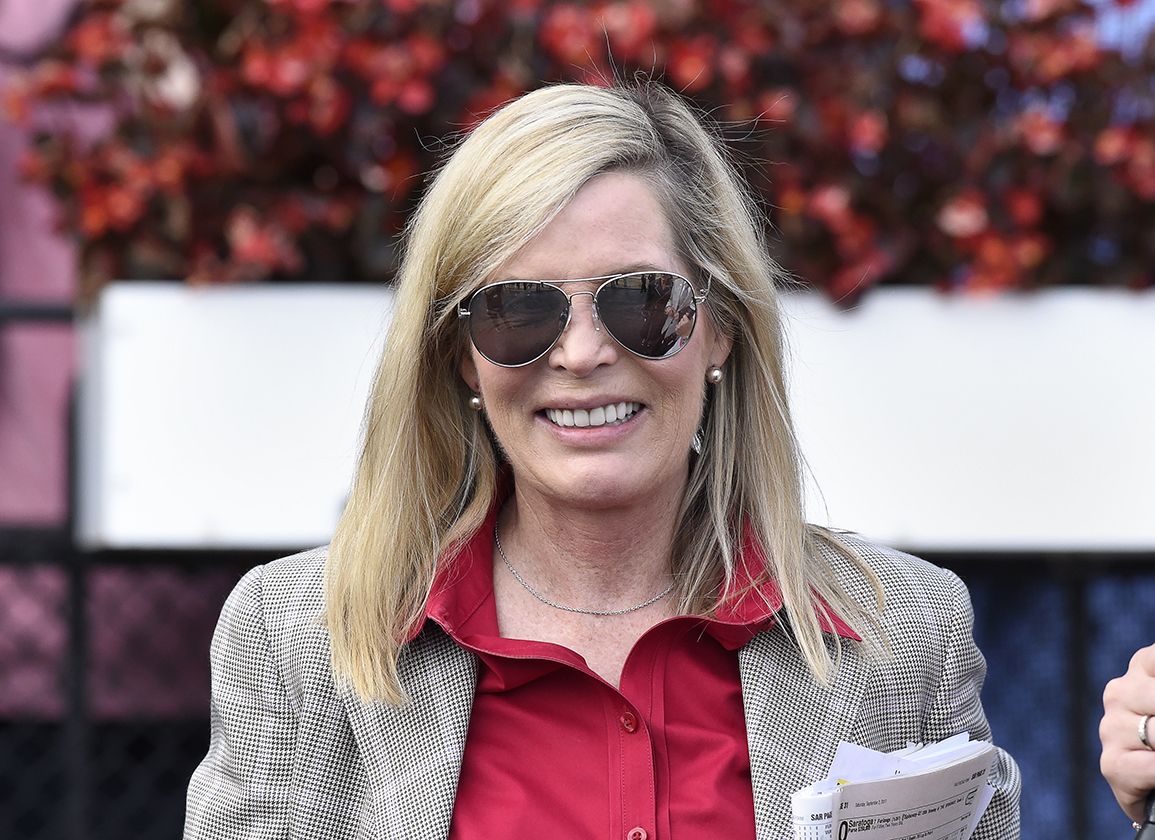 Seeking to overturn a three-year license revocation and $50,000 fine for “improper and corrupt conduct” levied against her by the New York State Gaming Commission (NYSGC), the legal team for trainer Linda Rice has filed a complaint in a state court alleging that the penalty is “so unduly harsh and so disproportionate to Ms. Rice's purported misconduct that it shocks one's sense of fairness and constitutes an abuse of discretion on the part of the Commission.”

In a complaint seeking a declaratory judgment that would either annul or vacate her penalties that went into effect June 7 for receiving race-entry information about rival horses from New York Racing Association employees while paying some racing office workers thousands of dollars in “gifts” between 2011 and 2015, the filing in Schenectady County Supreme Court alleges that “the overwhelming and undisputed hearing evidence demonstrated that the information Ms. Rice was given was not in fact 'confidential,' and that, as a result, there was absolutely nothing 'improper' about Ms. Rice having received that information.”

Culminating an investigation that stretched over five years, NYSGC members voted 5-0 on May 17, 2021, to agree with a hearing officer that Rice's years-long pattern of seeking and obtaining pre-entry information from NYRA racing office workers was “intentional, serious and extensive [and] inconsistent with and detrimental to the best interests of horse racing.”

Rice had testified during eight days of NYSGC hearings late in 2020 that she had, in fact, handed over cash gifts to various NYRA employees over the years.

Rice's filing contends that “the Commission's Order must be annulled and vacated because it is 1) unsupported by substantial evidence; 2) premised on an unconstitutionally vague regulation, which must be invalidated; and 3) wildly inconsistent with precedent, rendering it arbitrary and capricious.”

The complaint lays out the following timeline:

“Over three years ago, on February 1, 2018, Ms. Rice agreed, without hesitation, to be interviewed by the Commission in connection with its allegations of misconduct. Nearly two years later, the Commission, which has known about, and never

“In sum, Ms. Rice is currently training horses in good standing, and she has been doing so for the entire six-year period following the end of her purported misconduct in March 2015.”

One plank in Rice's legal filing asserts that during the time frame that was being investigated, “neither the Commission nor NYRA had promulgated any rule or regulation identifying what specific information about upcoming races could, and could not, be shared by racing officials, including entry clerks, or what specific information could, and could not, be requested or received by trainers.”

In actuality, the filing asserts, “The overwhelming and undisputed hearing evidence established that, as matter of practice well-known to the Commission for many years, the same information Ms. Rice is accused of having improperly received–and which the Commission now claims is 'confidential'–has been provided–unpunished–to trainers by racing officials, including entry clerks, on a regular and routine basis in efforts to 'hustle' trainers to fill race cards.”

Thus, the filing states, “The Commission's Order, which finds that Ms. Rice received 'confidential' race information, and that it was 'improper' for Ms. Rice to have that information, is therefore unsupported by substantial evidence, and it must be annulled and vacated as a consequence.”

The filing also appeals to the court to consider that a license revocation would deprive Rice of her only source of income and imperil the lives of the 55 individuals who depend upon her 75-horse stable for employment.

“The consequences of the Commission's determination to revoke Ms. Rice's license for three years would be, in other words, severe and irreversible,” the filing states.

“In light of Ms. Rice's unremarkable disciplinary history and otherwise stellar reputation, which even the Commission recognizes, the destruction of Ms. Rice's career is

substantially inconsistent with, and disproportionate to, Ms. Rice's purported offense.

“That is particularly true given that the receipt of race information from NYRA racing officials was a wide-spread practice not prohibited by any specific regulation and known to, and not prosecuted by, the Commission for decades,” the filing concludes.

As of 1:15 p.m. Tuesday, the case had not been scheduled for a hearing on the court's docket.