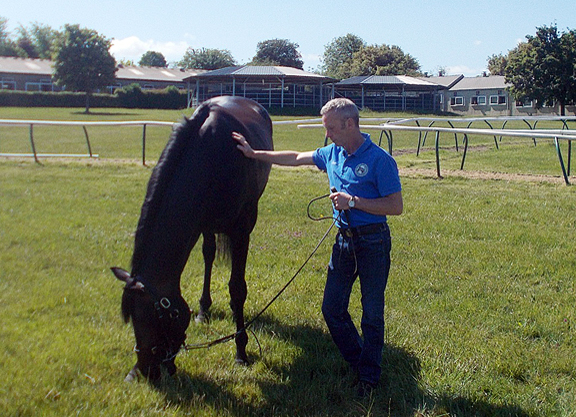 The saddest news of the week is the death of Mick Curran, whose face anyone who follows the sport will know because if you have seen any photographs of Golden Horn or Kingman in a winner's enclosure, you'll have seen Mick's smiling face there by the horse's side. Mick's fate is a salutary reminder that one never knows what is around the corner: it now seems a lifetime ago that he was looking after and riding the best horses in John Gosden's stable, and seemingly loving every minute of his life, but it was only five years ago.

I got on very well with Mick, particularly after we discovered that we both came from the same part of Scotland. He was from Galashiels and I'm from between Hawick and Galashiels; and when I told him that, his reply was, “I started with Harry Bell”. I can see the wry grin on his face and hear the tone in his voice when he said those words, because he knew that I would know exactly what kind of introduction to working life that would have entailed. Harry Bell, who trained near Denholm, about four miles from where I grew up, really was a character from a bygone age and a legend in his own lifetime. He had his own ways of doing things; and if you'd had a grounding in his stable, you'd have thought that you'd be ready for anything. And you'd definitely be more than qualified to look after the best horses in the world.

Sadly, it appears that that grounding didn't make Mick ready for the setbacks which have clearly come his way over the past three or four years. I was very surprised when I heard that he'd left John Gosden's stable, and the last time I saw him he was riding out for a trainer on the other side of Newmarket. We'd bump into each other regularly riding down Hamilton Road and exchange cheery greetings—Mick's life clearly was not going in the right direction, but he was still smiling—but that didn't last long and I hadn't seen him since then.

I wish Mick could know how many people are really sad to have heard the news of his death. I don't know whether an appreciation of how much he was liked and respected would have helped him. Possibly not, because he must have known anyway.  This tragedy is just so desperately sad because men of the calibre of Mick Curran are few and far between. I pray that he is now resting in peace.