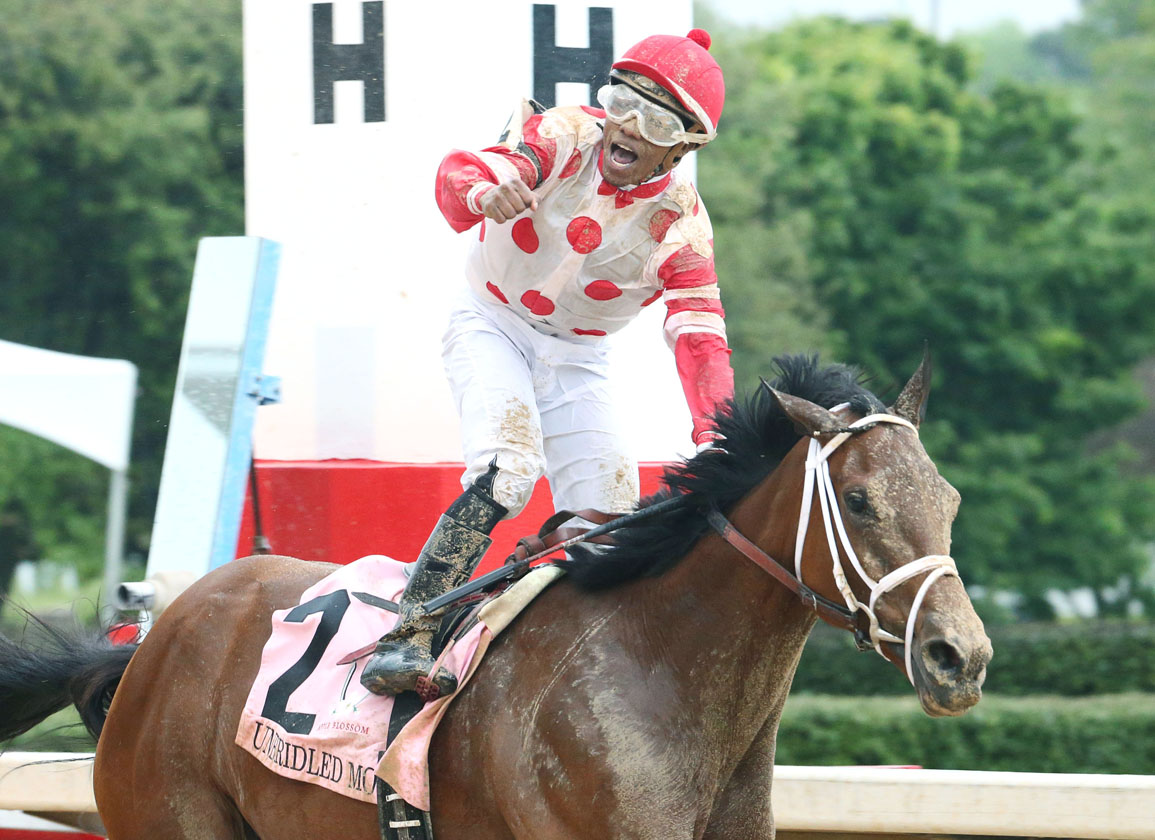 The first foal out of Grade I winner Unbridled Mo (Uncle Mo) is one of 210 yearlings catalogued for the 100th renewal of the Fasig-Tipton Saratoga Selected Yearlings Sale, which will be held Aug. 9 and 10 at the Humphrey S. Finney Pavilion. The inclusion of the colt by Quality Road (hip 15) in the catalogue reflects a new business strategy for the Brunetti family's Red Oak Stable, which bred, not only the yearling, but also his multiple graded-stakes winning dam.

“Mr. [John] Brunetti, Sr. passed in March of 2018 and his son Steven Brunetti has taken over the breeding and racing operation,” explained Red Oak's racing manager Rick Sacco. “So we are looking at selling about 20% of what we breed every single year. It's just a financial decision and one that we think is prudent.”

Red Oak Stable is now being run by a third generation of Brunettis. The stable has it origins with Joseph Brunetti, who began buying horses in the 1950s. And, following his death, it was taken up by his son John, who purchased Hialeah Park in 1977. His sons John, Jr. and Steven have focused on different facets of the industry, with John handling much of the casino operations and Steven taking over much of the breeding and racing interests.

Under this new business model, Red Oak got into the sales arena at last month's Fasig-Tipton July Selected Yearling Sale. The operation sold a filly by Munnings (hip 223) for $200,000. The yearling had been purchased earlier this year for $100,000 at the Keeneland January sale.

While he expects most of the farm's foals to be offered as yearlings, Sacco said the plan remains fluid.

“We do have a filly earmarked for the 2-year-old sales,” Sacco said. “A Candy Ride (Arg) filly who is a half to [Grade I winner] Mind Control that we will be selling in next year's sale cycle. We haven't determined where yet, but she's a really outstanding filly.”

“Right now we are up to 24,” Sacco said. “We are supporting a stallion in New York right now, King for a Day. But we are not going to get higher than that.”

The 8-year-old Unbridled Mo took her place in the Red Oak broodmare band in 2018 following a racing career in which she won four graded stakes races, capped off by a victory in that year's GI Apple Blossom H. She also won the 2016 GIII Monmouth Oaks and 2017 GIII Doubledogdare S. and GIII Houston Ladies Classic and was third in the 2018 GI Ogden Phipps S. On the board in eight of 12 starts, she won seven times and earned $1,067,880.

Sacco admitted if the mare's first foal had been a filly, she would likely not be for sale, but the racing manager has been impressed by what he has seen of the colt, who is consigned to the Saratoga sale by Hunter Valley Farm.

“He is an outstanding individual, he's a beautiful colt,” Sacco said. “He has a lot of Unbridled Mo in him. He's a long, athletic colt and very correct. He showed very clean with the pictures that we took on the farm and he has a Grade I scope. We're very pleased with him physically. He just really started to mature in a big way in the last month and change.”

Unbridled Mo did not have a foal in 2021, but she is currently in foal to Triple Crown winner American Pharoah.

While shoppers can expect to see 20% of the Red Oak foal crop at auction, the operation will still be well-represented at the racetrack. The Red Oak colors were recently carried to victory by Mind Control (Stay Thirsty) in the GII John A Nerud S. The 5-year-old has scored top-level successes in the 2018 GI Hopeful S. and GI H. Allen Jerkens S. The stable has also been represented this summer by first-out maiden-winning juveniles Wand of Power (First Samurai) and Boss Lady Kim (Street Boss).

“We want to have at least 20 horses that are out with trainers,” Sacco said. “We have horses with Todd Pletcher, we have horses with my brother Greg Sacco on the Jersey Shore, and Brad Cox has a couple for us also at Keeneland. We want to enjoy the racing end of it. And of course we are maintaining two farms in Ocala, Red Oak and Good Chance Farm, our training center. So we are just trying to make some prudent business moves to offset some expenses by selling some of the higher-end horses.”

After a year's absence due to the pandemic, the Fasig-Tipton Saratoga sale returns next Monday with bidding scheduled to begin at 6:30 p.m.