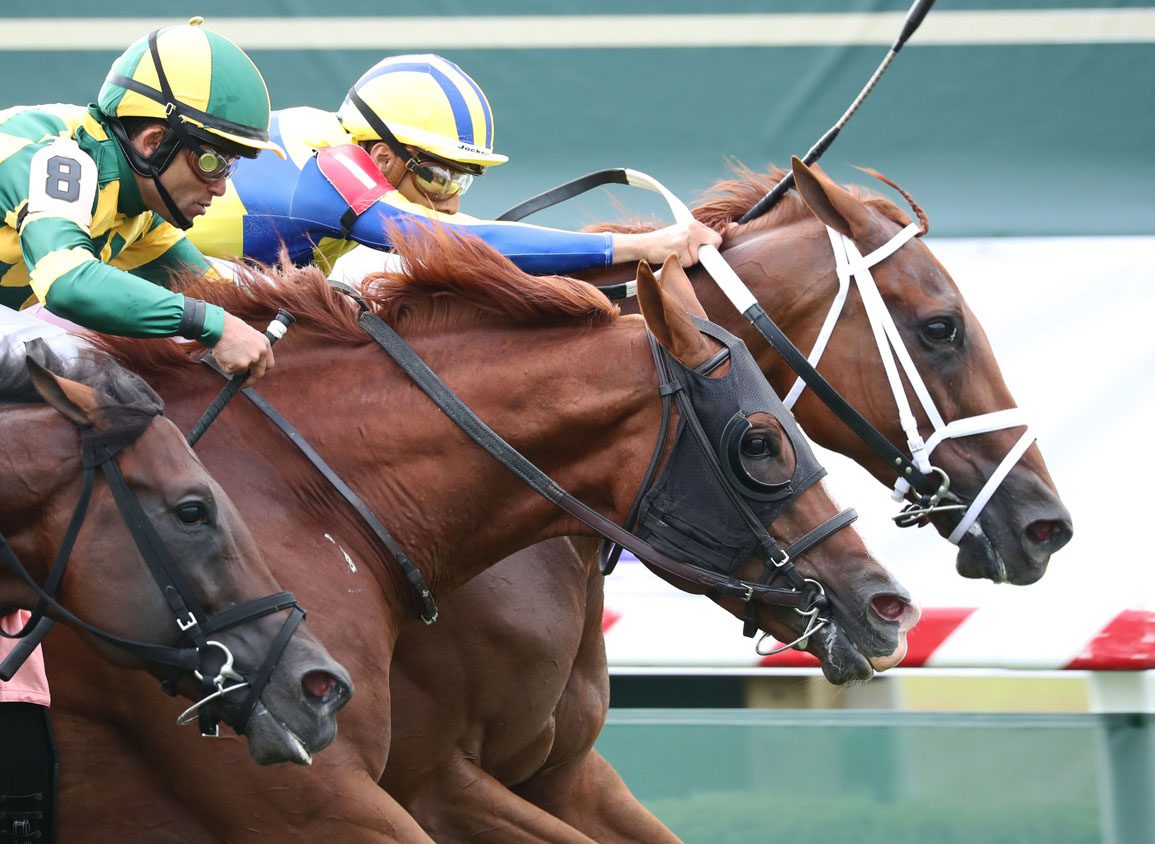 Red Knight blew up the tote at 15-1 in the GII Kentucky Turf Cup S. at Kentucky Downs Saturday, earning a spot in the gate for the GI Breeders' Cup Turf in November. Breaking sharply from his inside post, the chestnut settled back near the rear with just three of his 11 rivals beat through an opening half-mile in :49.72. Inching up a bit, but still biding his time through three-quarters in 1:14.52, Red Knight snuck up the outside to be within striking distance approaching the far turn. Four wide at the top of the lane, the gelding hit the front in mid-stretch and held off a late charge from Gufo and Another Mystery to spring the upset.

“He ran a great race at Colonial Downs,” said winning rider Gerardo Corrales. “This is the perfect distance for him, 12 furlongs. Gufo is a three-time Grade I winner. When Gufo came next to Red Knight, Red Knight actually saw him eye to eye and he got additional energy. He just never quit. He just kept trying.”

He added, “I've won two graded races in all my life, and they were this week with Kitodan in the [GIII] Dueling Grounds Derby and now with Red Knight.”

“I thought he was gonna get beat,” said winning trainer Mike Maker. “He dug in and fought hard. He is a fighter, he is a tough horse. He rode hm great and got him to the outside and go the job done.”

Winner of the GIII Sycamore S. back in 2020, Red Knight checked in second to GISW Arklow (Arch) in the GII Louisville S. last May and was fifth to recent GI Sword Dancer S. winner Gufo in the Grand Couturier S. last July. Fifth again in Saratoga's GII Bowling Green S. last summer, he was sixth in the restricted John's Call S. there a month later and was shelved for the season. Transferred from Bill Mott to Mike Maker in the interim, Red Knight rallied to victory in the Colonial Cup S. last out July 27 after 13 months on the sidelines.