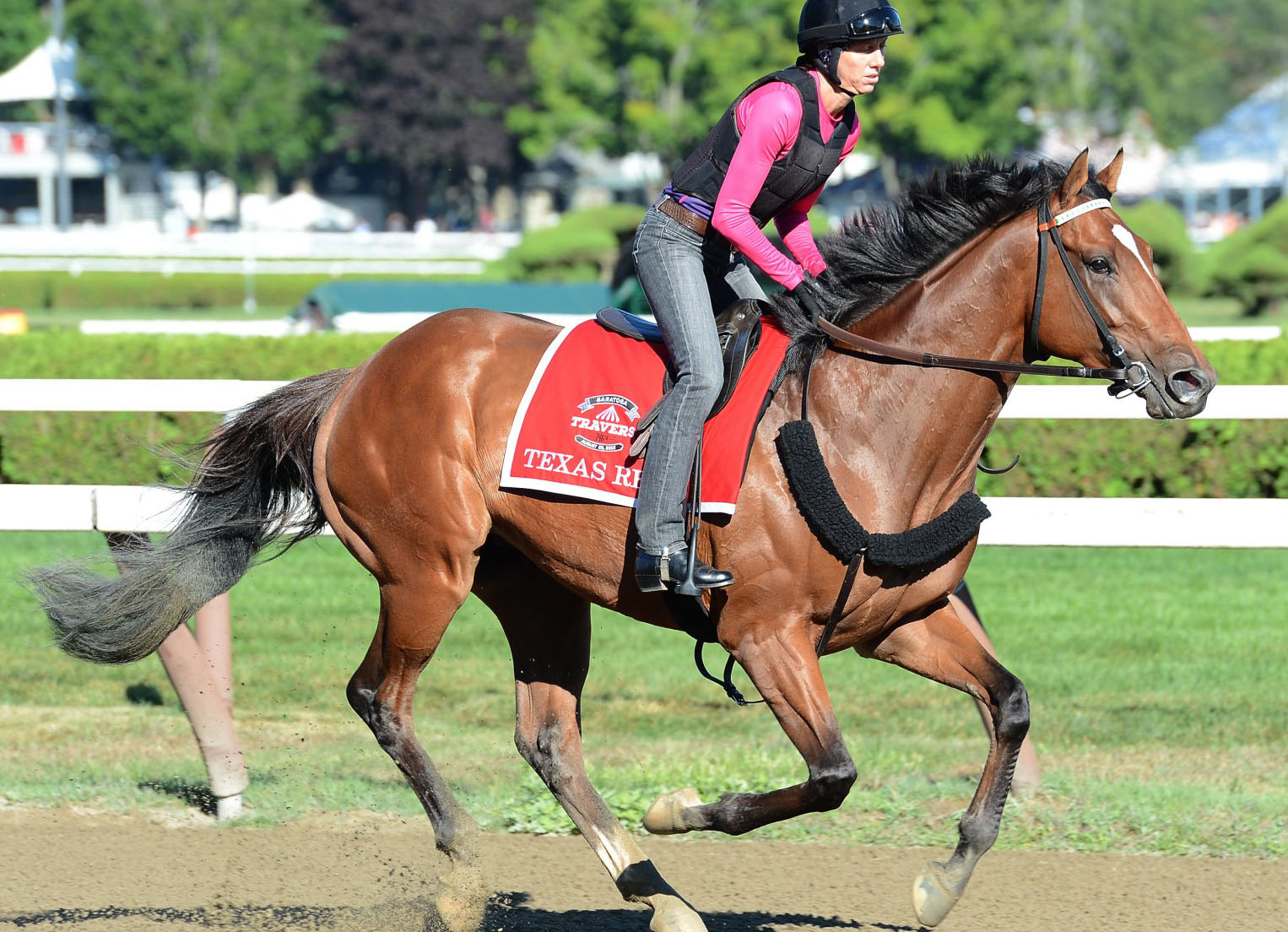 After exiting a disappointing showing in the GI Travers S. with a pair of bone bruises, 2014 GI Breeders' Cup Juvenile upsetter Texas Red (Afleet Alex) is nearing his first breeze back.

“We gave him plenty of time and he seems to be doing great now,” co-owner Erich Brehm Sr. said of the 4-year-old colt. “He really looks big and sharp. I think if we can stay healthy, it will be a really good year for him.”

Last year's GII Jim Dandy S. hero and GIII Dwyer S. runner-up is scheduled to return to the worktab Feb. 13 at Santa Anita, according to Brehm. The $17,000 KEESEP yearling purchase, bred in Kentucky by Stonestreet Thoroughbred Holdings, reported home 11 3/4 lengths behind Keen Ice (Curlin) after hitting the gate at the start in the Mid-Summer Derby.

“[Trainer] Keith [Desormeaxu] has been two-minute licking him and he has really been taking his time to make sure that we avoid any kind of issues,” Brehm said. “Quite frankly, nobody is in hurry. We're good with that.”

The $1.25-million GII Charles Town Classic Apr. 23 is on the list of possible early-season targets for Texas Red.

“I've looked over it and I could see us going to Kentucky, I could see us racing at Santa Anita or even the race at Charles Town, if the spacing is right,” Brehm explained.

Looking a little further down the line, he continued, “We're looking at three things in his future. The Breeders' Cup this year. Dubai next year. And at some point in time, the Arlington Million. We're going to try him on the grass. I think we just have to see how this year plays out first.”

Regardless of where Texas Red shows up this term, the expectations are high.