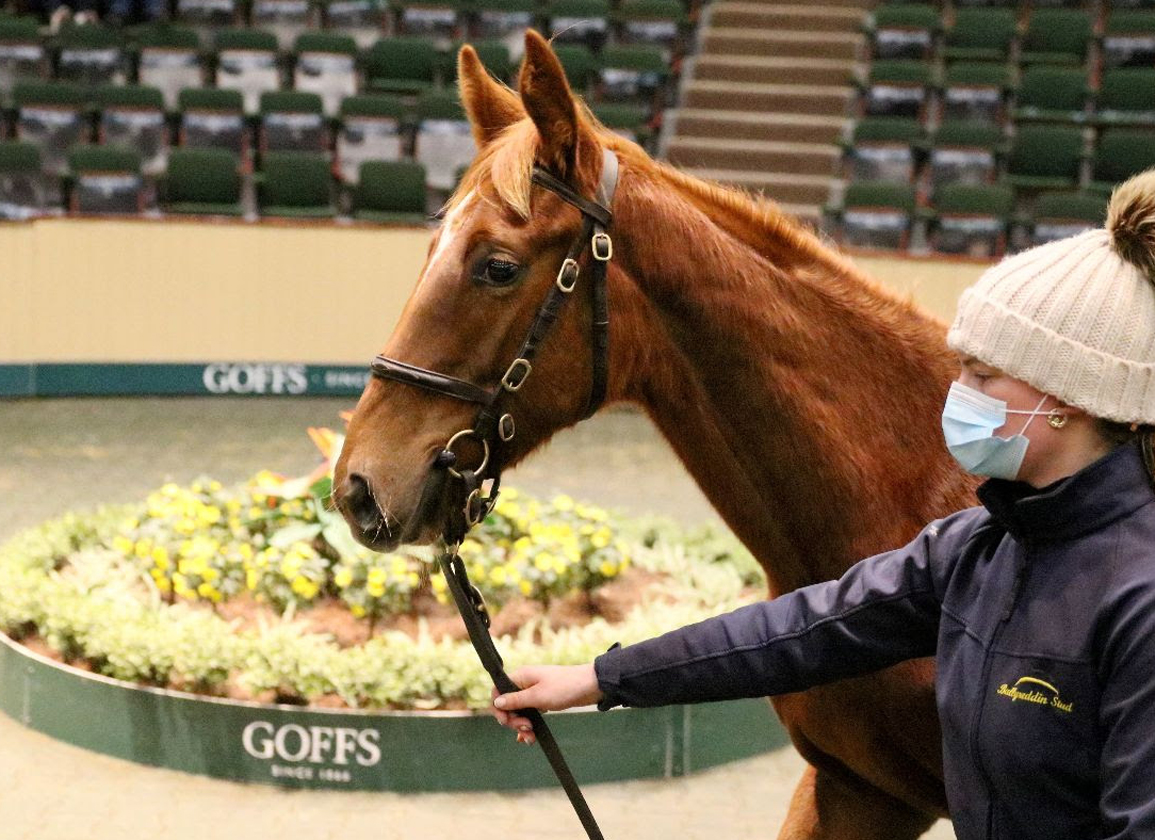 Lot 502, the first foal to make six figures at this sale | Goffs

A son of No Risk At All (Fr), already named Lucifer D'Ainay (Fr), brought €100,000 from Glenvale Stud to set a sale-specific new record price for a foal at the Goffs December National Hunt Sale on Wednesday. Offered by Ballyreddin Stud as lot 502, he is out of the placed mare Vanille D'Ainay (Fr) (Saint des Saints {Fr}), herself a half-sister to Grade 2 chase winner Louping D'Ainay (Fr) (Saint Preuil {Fr}), who was also Grade 1-placed and Sirene D'Ainay (Fr) (Dom Alco {Fr}), successful at the listed level over jumps and Grade 2 placed.

Second on the leaderboard at the close of trade was another No Risk At All colt, this time Clonbonny Stud's lot 471, who made €80,000 from Paul Holden and Coolmeen Farms. His dam, Theatre Mole (Ire) (King's Theatre {Ire}), won a point-to-point and her half-brother Mr Mole (Ire) (Great Pretender {Ire}) captured the G2 Betfair Game Spirit Chase and was third in the G1 Celebration Chase.