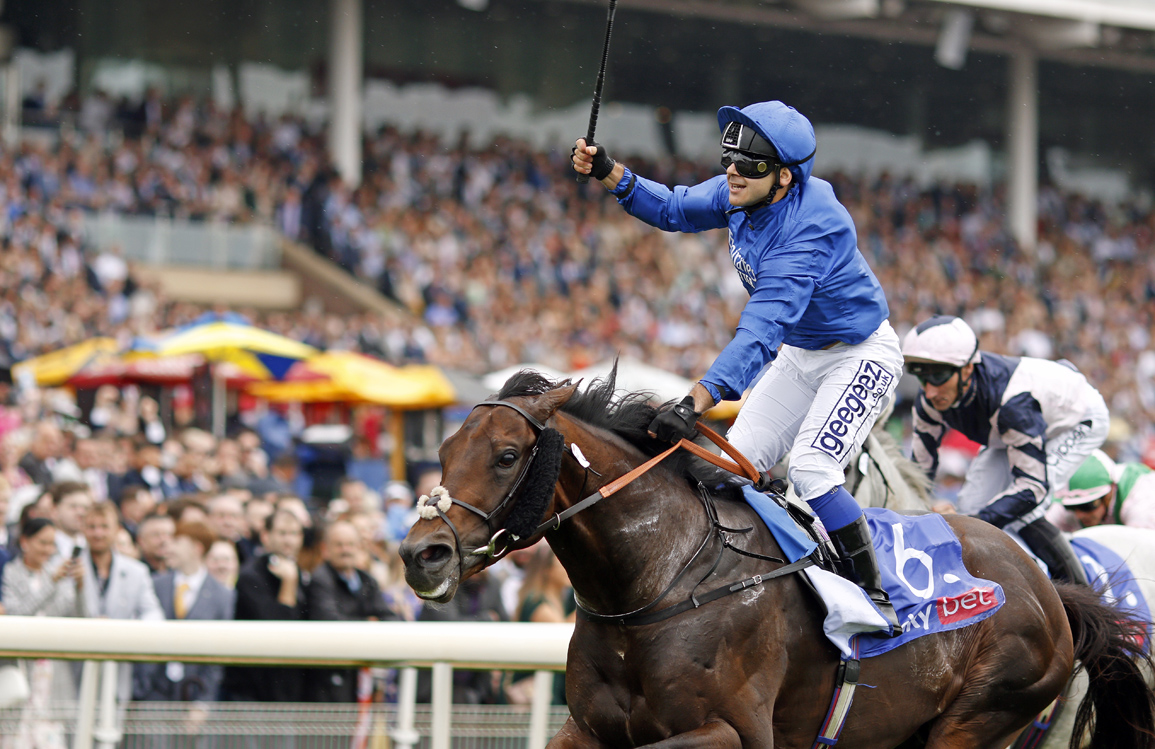 Real World (Ire) (Dark Angel {Ire}) enjoyed an unbeaten European summer campaign last year for Godolphin and trainer Saeed bin Suroor, and he made a seamless transition into his 4-year-old season on Friday with a comfortable win in Meydan's featured G2 Zabeel Mile.

A five-length debut winner at Chelmsford City at the back end of his 2-year-old season in 2020, Real World finished second in a Meydan conditions race just before the turn of the calendar before going on to run with credit at the carnival, finishing third at the handicap and listed levels before wrapping up that campaign with a fourth in a 2000-metre turf handicap.

Resurfacing at Royal Ascot, Real World won the one-mile Royal Hunt Cup and backed up four weeks later to take Newbury's Listed Steventon S. It was on to York for Real World after that to win the G3 Strensall S. over Lord Glitters (Fr) (Whipper), and the bay made it four on the bounce when beating Group 1 winner The Revenant (GB) (Dubawi {Ire}) in the G2 Prix Daniel Wildenstein over very soft ground at ParisLongchamp.

With Danny Tudhope deputizing for the Covid-stricken Frankie Dettori, Real World was swiftly away on the fence and soon took up a stalking position about a length and a half off the pacesetting Ajwad (GB) (Rock Of Gibraltar {Ire}). Real World appeared poised while in a pocket as they rounded the bend, but Ajwad soon peeled off the rail as he began to tire passing the quarter pole, leaving Real World room to roll up to the lead. At last put to a drive by Tudhope, Real World sprinted clear and hit the line 2 1/2-lengths the best as Alfareeq (Ire) (Dark Angel {Ire}) and One Ruler (GB) (Dubawi {Ire}) put in mild rallies late.

Bin Suroor said post-race, “we'll keep the options open for the Group 1 races,” but that doesn't necessarily mean Real World will stay on the turf.

“He was about 90% ready,” the trainer added. “He ran well and finished his race well and we'll see how he goes in the future. He's entered in Saudi, Super Saturday and Dubai World Cup night between the dirt and turf. The reason we ran him on turf tonight was just to make him ready for the dirt races coming. It's unfair sometimes to run a horse who is not ready and run him on dirt and he gets beat and they say 'oh, he is not a dirt horse.' Sheikh Mohammed will decide [which race to go for].”