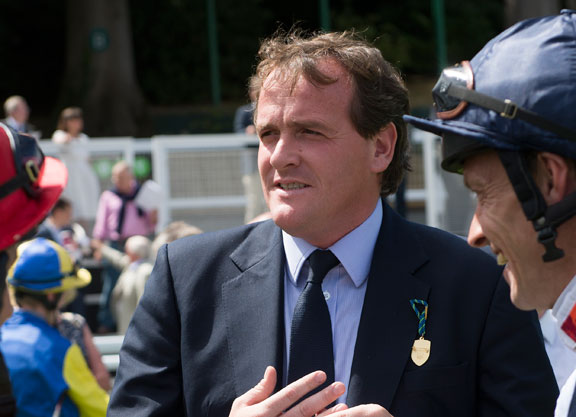 Richard Hannon has earmarked the G3 Dubai Duty Free Finest Surprise S. as a possible port of call for Raymond Tusk (Ire) (High Chaparral {Ire}). After finishing sixth on his seasonal return in a mile-and-a-half contest in Doha last month, the son of High Chaparral is likely to remain at the trip for a shot at the Group 3 contest better known as the John Porter S. on Apr. 13. The Middleham Park Racing-owned 4-year-old ended last season by claiming the biggest victory of his career when landing the G2 Gran Premio del Jockey Club.

Hannon said, “I think we will probably come back now and have a look at the John Porter at Newbury. He is starting to settle better now, which is a help.”

The Marlborough handler is keen to give SW Boitron (Fr) (Le Havre {Ire})–who is also part-owned by Middleham Park Racing–a prep race ahead of a potential tilt at the G1 QIPCO 2000 Guineas at Newmarket. Having won his first three starts, the son of Le Havre saw his unbeaten run come to an end when upped to Group 1 company in the Prix Jean-Luc Lagardere at ParisLongchamp in October.