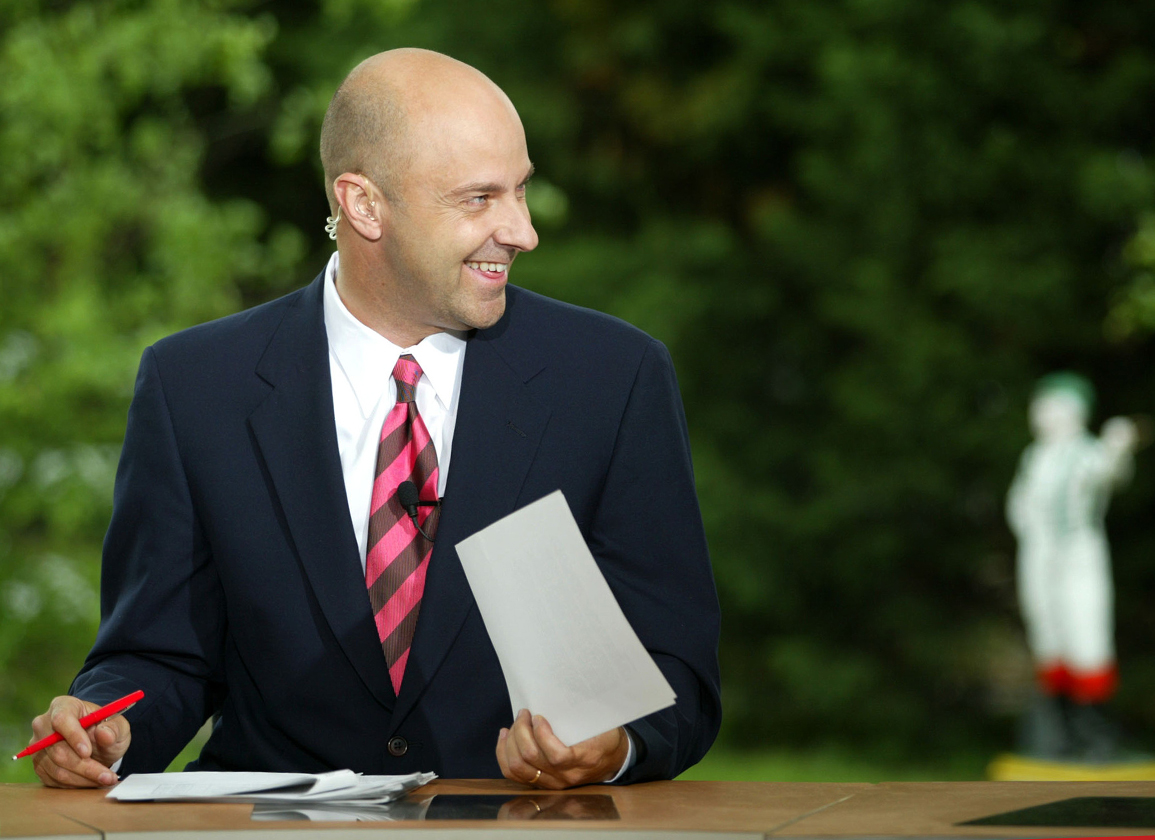 The debate over whether to increase the amount of time between Triple Crown races has been a contentious one over the last few weeks, spurred by the decision of GI Kentucky Derby winner Rich Strike's connections to pass on the GI Preakness S. and making a run at the Triple Crown. Randy Moss, the co-lead analyst for NBC Sports' coverage of the Triple Crown, has been out in front on the pro-spacing side, saying that expecting horses to race three times in five weeks is an anachronism in modern racing. Tuesday, Moss joined the TDN Writers' Room presented by Keeneland as the Green Group Guest of the Week to engage with hosts Joe Bianca, Bill Finley and Jon Green in a spirited debate about a topic so important to both the past and future of the sport.

“I think it's pretty basic,” Moss said. “The Triple Crown is undeniably the number one property, so to speak, in Thoroughbred racing, and I think it's incumbent upon the sport to take care of the Triple Crown. And when it sees some weaknesses beginning to develop in the Triple Crown, do something about it to fix it. Right now, it's clear that the Preakness has been weakened, demonstrably, and not every year, but most years, by the two-week gap and by trainers that believe that it's counterproductive to the best interest of their horses to come back in two weeks. It won't make the Triple Crown easier to win because the Preakness will be more difficult. I think that'll balance out the extra time between the races, and I think it just makes it for a better product.”

Moss later made a counterpoint to the idea that the Triple Crown spacing needs to be preserved for historical purposes.

“People say, 'It's always been that way,'” he said. “No, it's been that way since 1960, which was the year that it changed to the current two-week, three-week [break] format. But in the 1940s, when there were four Triple Crown winners, Whirlaway, Assault, Count Fleet and Citation, and all four of them had four weeks between the Preakness and Belmont. In the 1950s, there were three instances where there were three weeks between the Derby and Preakness and six in which there were four weeks between the Preakness and Belmont. It's not as if this current spacing that we've had for the last 62 years was handed down in stone tablets or anything like that. I've gone back and looked for articles in the past about Triple Crown spacing, and it was never an issue. No one ever talked about it. The Triple Crown as a concept was to pit the best horses of a generation against each other in three successive races. That makes the Triple Crown what it is, not the spacing necessarily.”

Elsewhere on the show, which is also sponsored by Coolmore, the Pennsylvania Horse Breeders Association, XBTV, West Point Thoroughbreds and Legacy Bloodstock, the writers pushed for the Met Mile to return to Belmont day and discussed the impending return of trainer Peter Miller. Click here to watch the show; click here for the audio-only version or find it on Apple Podcasts or Spotify.