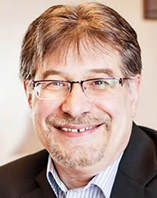 The Jockey Club’s 64th annual Round Table Conference took place on Sunday at the Gideon Putnam Hotel in Saratoga Springs. As I usually find with this conference, the speakers were interesting and informative, and I learned something.

One speaker stood out to me, however, because he shared something that I found particularly compelling.

Often times racing believes this doesn’t matter, and they’d–from a pure income statement perspective–be correct. The racing industry earns near the same amount from Joe as it does from Jane, despite Jane betting much more money. But, in my view, this is short-sighted and it is missing something extremely important.

Which player do you believe is more likely to reload their $100 bankrolls and stay a customer after, say, the 10th or 15th or 20th time they lose it? Would it be low-churn Joe, or high-churn Jane?

The concept of churn is not lost in other gambling games, because churn helps determine how often a patron comes back to gamble.

In July, the Massachusetts state lottery reported their fifth straight year of record setting numbers. In fiscal 2015, the lottery took in over $5.2 billion in ticket sales, resulting in over $980 million in profit. Not coincidentally, also a record was the 73.4% payout percentage. This payout percentage is so high that it (amazingly) allows for more churn in a lottery game than it does for the average user at NJBets.com, referenced by Mr. Levin above.

In fact, there are lottery games in Massachusetts that payout at over 80%, which is higher than your average exacta payout in North American horse racing. Yes, it’s true, a scratch ticket game player in Massachusetts (perhaps, as a group, the least price-sensitive gamblers in the gambling spectrum) can roll over their bankroll more times on scratch tickets than they can betting exactas at Del Mar.

Moving to racing, there are some machines at a racino near you where customers can roll over their bankrolls 80 or 100 times before busting. These racinos are under strict rules from governments on what they can charge so churn is maximized across the state, to keep customers engaged and coming back.

What’s particularly perplexing about the lack of churn for your average horse-betting customer is that it’s more important for the racing industry than it is for other gambling businesses to keep people betting; to keep them interested. Your average horse bettor probably watches the sport when big races are on television, will play handicapping contests, will take trips the Kentucky Derby, or Breeders’ Cup. He or she is probably likely to get involved in a horse racing partnership and buy a horse or two. The possibilities for your average bettor to bring revenue to the sport for generations are almost endless. The sport needs to keep these people betting and engaged.

At one time the rule of thumb for the sport–with a betting menu of win, place show and few exotics, along with lower takeout–was that your average bettor could roll their bankrolls over seven times before reloading. Now, it’s not the case, as Mr. Levin’s numbers from TVG show. In 2016, with jackpot bets (some at 60% takeout), and hard to hit serials and verticals, it’s almost impossible for your average person to ever achieve a churn factor of seven. Despite this drag on revenues, almost every new bet that’s created, or every menu change, leans heavily on these high takeout, low payout, low churn bets.

In the end, whenever new bets or mediums are proposed in horse racing, the question the power brokers in the sport most often ask is, “Will it pay us enough?” The question should, in my view, be “will it pay our customers enough so they keep coming back to wager?” If that happens, I think horse racing will be much better off, because keeping customers happy and wagering is a priority that’s vital for the long-term health for any gambling game, whether it involves pulling a lever, scratching a lottery ticket, or betting a brown horse running around an oval.