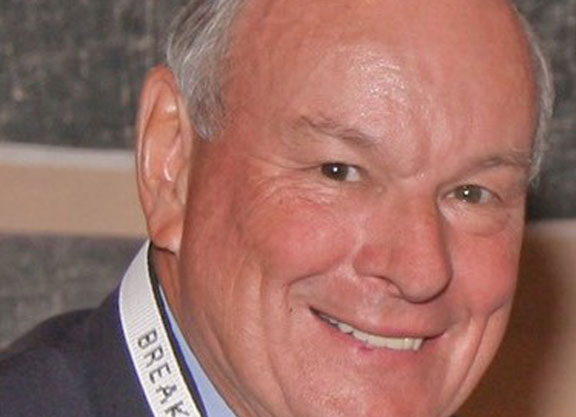 Tony Chamblin, a longtime horse racing industry executive and ambassador for the industry, passed away peacefully Sunday at his home in Lexington, Ky. He was 81.

Chamblin played an instrumental role in the passage of the Interstate Horse Racing Act of 1978 and the Pari-Mutual Licensing Simplification Act of 1988, and later became an early supporter of federal legislation intended to align U.S. equine medication policies with International standards. He served in a number of executive capacities during his nearly 50-year career in the horse racing industry

As chief executive of the Horsemen's Benevolent and Protective Association (HBPA) from 1965-1983, Chamblin oversaw the only horsemen's organization of its kind in North America. While headquartered near Washington, D.C., Chamblin played an instrumental role in the passage of the Interstate Horse Racing Act of 1978, a bill that has generated billions of dollars in purse money for owners and trainers and racetrack operators over the past 42 years.

From 1983-86 and at the urging of local horsemen, Chamblin took the helm at Finger Lakes Racetrack in New York. During his tenure, Finger Lakes became one of the first racetracks in the nation to introduce whole card simulcasting. Chamblin also introduced twilight racing and Pick Six wagering to Finger Lakes.

From 1986-2001, Chamblin served as the chief executive of the Association of Racing Commissioners' International (ARCI) and along the way, traveled the world promoting U.S. horse racing interests. His work took him to more than 100 racetracks in the United States and Canada. As an ambassador for racing, Chamblin was asked to speak on the industry in the United Kingdom, Japan, Germany, Mexico, France, the Middle East, Australia, South America, South Africa and Russia, among other countries.

Born May 15, 1939 in Flora, Illinois, Chamblin graduated from Milliken University in Decatur, Ill. before becoming the youngest sports editor in the country of a paper with over 100,000 in circulation (Evansville Courier & Press). During his early career as a sports writer and editor Chamblin won the U.S. Basketball Writers award, U.S. Football Writers award, and wrote for Sports Illustrated and Newsweek. He has written and edited four books, and also wrote the History of Thoroughbred Racing for World Book Encyclopedia.

Chamblin, who died of congestive heart failure, is survived by his wife of 31 years, Debbie; two daughters, Margaret McClintock (Tampa) and Kaitlin Chamblin (Lexington); a son, Keith (Lexington) and six grandchildren. A celebration of Chamblin's life will be held at a later date. In lieu of flowers, the family requests any donations be made to Old Friends Thoroughbred Retirement Farm (www.oldfriendsequine.org).