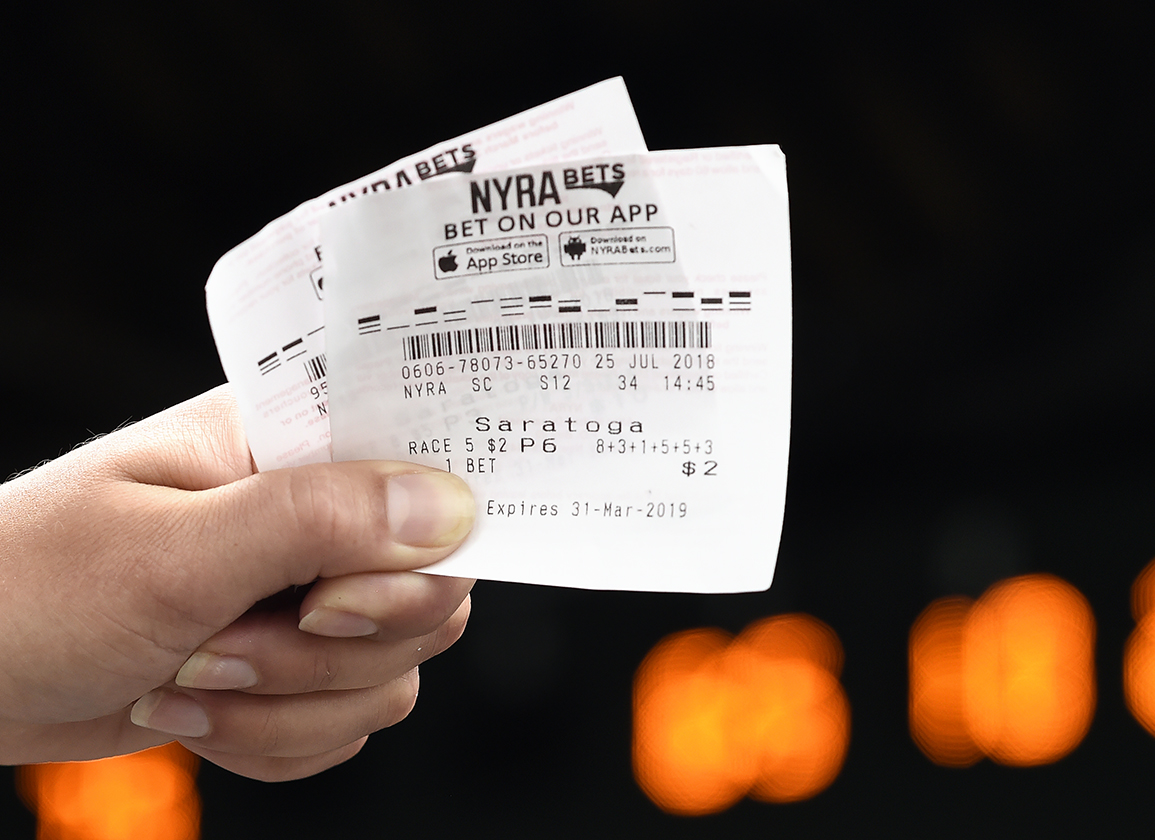 After an opening day of casino and conventional gaming panels, the focus of Wednesday sessions was on developments in racing, including a review of the newly launched Horseracing Integrity and Safety Act and a thoughtful panel on how fixed-odds betting can positively impact the American horseracing industry.

Lisa Lazarus, newly appointed CEO of the Horseracing Integrity and Safety Authority (HISA) spoke of the challenges her organization has faced in launching the initial phase of the Federal Statute that created HISA.

Of the 21 states that host live racing, 17 state racing commissions have signed on and voluntarily registered with HISA, with over 34,000 horses and 28,000 owners on board. Yet there have been federal court cases filed in Texas and Kentucky challenging the constitutionality of the federal statute, and a more recent case in Louisiana seeking a temporary restraining order on the implementation of HISA regulations in that jurisdiction.

All three cases lost in the first round but are being appealed. To date, HISA has incurred over $1.8 million in legal fees fighting these legal challenges, making a considerable dent in the organizations initial $14 million annual budget.

The HISA Board anticipates further legal challenges, but has committed to implementing corrections to many of the issues that have generated complaints from various sectors of the racing industry.

“We still have several transparency issues that need to be addressed, said Lazarus, ” and we will.”

“We are a very young organization created by federal statute,” Lazarus continued, “but we are learning as we go and it will get better.”

Fellow panelist Ed Martin, President and CEO of the Association of Racing Commissioners International (ARCI) commented, “It's been a little messy [with the start-up], but it's gotten much better since Lisa showed up.”

At the heart of the disagreements over HISA, across all facets of the industry, is the process of turning over what has aways been a state regulated industry to a federal agency. However, owners, trainers, racing commissioners and multiple industry bodies are all in agreement that uniformity of regulations is essential for racing to thrive, grow, attract new fans and shed some of the negative images that have arisen over the past decade.

Speaker John Kimmel, a leading trainer and licensed veterinarian commented, “On the surface, two barometers here at Saratoga look good: NYRA stands to handle over $850 million for the meet and the average price of yearlings at the recent sales was over $400,000. But, there are looming problems out there.

HISA can resolve these multitude of different regulatory matters, but all states must come on board for the process to be effective.

Kimmel also suggested the HISA must do a better job of communicating with industry stakeholders and perhaps could create a marketing and public relations department.

“There are lots of rumors out these and complexly inaccurate statements,” Lazarus agreed. “We want to make racing better through uniformity and stability.”

New York is one of the four state racing commissions yet to come to an agreement to fully embrace HISA. Speaker Rob Williams, Executive Director of the New York State Gaming Commission (NYSGC), explained, “NYSGC has not accepted two of the tasks requested by HISA [registering participants by NY State employees and fully staffing drug testing collection].”

Overall, though, NYSGC has been supportive, providing staff and professional expertise to assist HISA in developing rules and regulations. Williams and Lazarus both anticipate that the differences can be worked out and that NYSGC and HISA will resolve the issues over funding and that New York State will eventually join the fold.

Panel moderator Alan Foremen, Chairman and CEO of Thoroughbred Horsemen's Association, “The road to uniformity is so difficult.”

“We are making even more effort to listen to the industry on the pending anti-doping programs,” Lazarus stated. “We are a young organization created by Federal Statute; learning as we go. It will get better.”

Perhaps most encouraging was the level of respect that all panelists and their respective organizations had for Lazarus' efforts to date. All seemed to reflect that all will improve once the growing pains of HISA are worked out.

Ed Martin concluded, “Once the industry begins to trust HISA, that's the key to getting there.”

“Fixed Odds and the Future of Horseracing” the concluding panel on Wednesday, brought together racing executives, service providers and fixed-odds operators to offer their opinions on the current state of fixed-odds horse betting, but more importantly where and how the racing industry can capitalize on the stratospheric growth of legal sports betting by coupling both pari-mutuel and fixed odds betting to the current sports betting content menus.

Dallas Baker, Head of Business Development for BetMakers US, the operator first to market with fixed-odds betting at Monmouth Park, was adamant. “This is THE MOMENT for racing in the USA. We are at a critical point moment.”

“Just think how Illinois Horsemen felt watching the Arlington Million at Churchill Downs this past weekend!” Baker exclaimed.    Baker contended that like in his native Australia, fixed odds betting – primarily on win and place markets only–can revitalize a declining USA racing industry, capture younger bettors and fairly remunerate horsemen for purses, so long as the commercial and tax structures are on a level playing field for all operators and content providers.

Colorado is the only state besides New Jersey to have approved and regulated fixed odds on horse racing. Moderator Dan Hartman, Director of the Colorado Division of Gaming, explained how his agency consulted all segments of the racing industry, especially horsemen, and established a tax and regulatory scheme that returns a fair share to purses at Colorado's racetrack. The fixed-odds law sunsets in 18 months unless renewed by the Colorado Legislature. All stakeholders will be asked to weigh in on the future of fixed odds in Colorado at that point.

David O'Rourke, President and CEO of the New York Racing Association, believes that sports betting is a massive distribution channel for racing. NYRA plans to work with all current sports betting operators on ways in with NYRA pari-mutuel content may be added to current platforms and then see where fixed odds fits in.

NYRA recently concluded partnership deals with Caesars Entertainment and BetMGM to add NYRA horse racing content to those sports betting platforms. Regulatory and banking/funding roadblocks have so far limited the launch to only two states.

Paul Hannon, Senior Vice President Corporate development for PointsBet USA, is also bullish on fixed odds attracting a new audience to racing and building on the growth of online and retail sports betting in 30 states just four years after The Supreme Court overturned the Federal Law {PASPA] prohibiting sports betting in all States except Nevada.

“Racing must reap the benefits of Sports betting's growth,” Hannon said. “I believe that within two years of launch, fixed odds sports betting on racing will become the fifth-most wagered on sport, after NFL, NCAAB football, NBA and NCAA basketball.

“Racing fills a content void, especially this time of year between the end of NBA and the start of NFL when sports betting revenue and interest typically decline.”

Michelle Fischer, Vice President for SiS Content Services, also agrees that fixed odds on horse racing will be a successful product and generate new interest in racing from a younger audience.

She agreed with Hannon about the massive potential for racing, essentially a 24-hour per day global sports, nicely filling in the down time between more conventional sports. It has done so in the United Kingdom, Australia and much of Europe. It should be successful in America as well.

“Americans want to bet of American sports and American racing,” Fischer said. “We as an industry must give them the opportunity to do so.

“But we need an open market for content and a fair pricing model [as compared to conventional sports betting] to make this successful.”

O'Rourke summed up NYRA's position on the opportunity for racing to offering fixed odds to reach a newer and younger demographic.

“Racing is essentially an entertainment product, but you cannot lose control of your content.”

Tuesday sessions focused on downstate casino development in New York, with most speakers concluding that two of the three licenses are heavily favored to be warded to Genting Resorts World at Aqueduct and MGM Empire City Casino at Yonkers, both of which are well-established VLT “racino” facilities.

The third, and final downstate license is up for grabs, but unlikely to be situated in Manhattan due to community and business opposition.

At a Tuesday panel on “Sports Betting: What's Next?” speakers reflected on the excessive 51% tax rate in New York on mobile sports betting operators and how that may eventually lead to market decline and further competition. Panelists also echoed many of the same sentiments as expressed at the Wednesday Fixed Odds and the Future of Horse Betting session, as the conclusion of most regulators, including in New Jersey, is that “racing is a sport.”