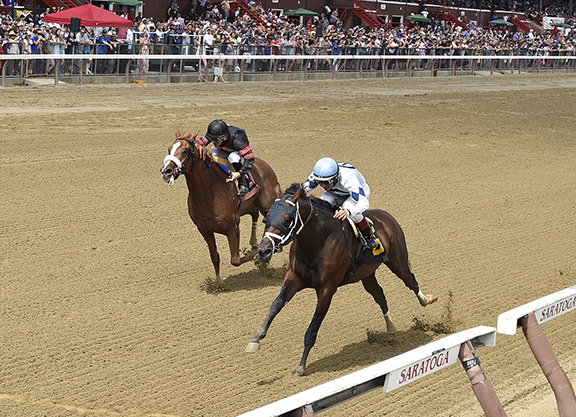 Wooderson (Awesome Again–Lotta Kim, by Roar), a half-brother to Horse of the Year Rachel Alexandra (Medaglia d’Oro), will enter stud at Burdette Thoroughbred Farm in Arkansas in 2021. The deal was brokered by Chad Schumer of Schumer Bloodstock.

Bred by Dede McGehee’s Heaven Trees Farm, Wooderson was a $400,000 purchase out of the 2016 Keeneland September Sale, the co-highest priced yearling for his sire in 2016. Trained by Todd Pletcher for Let’s Go Stable, the bay was a three-time winner from 10 starts, including a runner-up effort to future MGISW and Horse of the Year candidate Tom’s d’Etat (Smart Strike) in the 2019 Alydar S. at Saratoga.