Queen's Plate Contenders Switch to Dirt in Prince of Wales 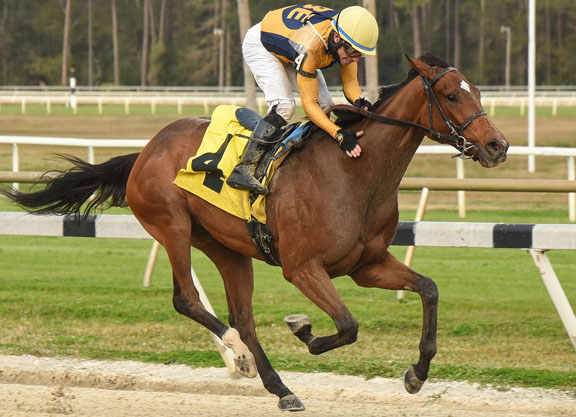 With the absence of Queen's Plate S. hero Safe Conduct (Bodemeister), who will await the Breeders' S. on turf for his next engagement, a handful of horses who followed him home in that Woodbine feature will try dirt Tuesday at Fort Erie in an eight-horse renewal of the Prince of Wales S., the middle jewel of Canada's Triple Crown.

Given the narrowest of nods on the morning line at 5-2 is Ivan Dalos's H C Holiday (Ami's Holiday). Scoring against $40,000 maiden optional claiming foes second out at Woodbine, he was later disqualified from purse money in that race, but was on the positive side of a stewards' ruling two starts later when elevated to second in the Plate Trial S. Aug. 1. He then overcame traffic to finish a fast-closing third at 29-1 in the Queen's Plate.

Joshua Attard's Keep Grinding (Tizway) graduated at third asking last November at Woodbine and ran third in an allowance/optional claimer there upon return June 19. Runner-up at 16-1 in the GIII Marine S. July 11, the dark bay made a wide run to challenge Safe Conduct in the stretch of the Queen's Plate before fading late to finish fifth.

Also returning from that race are the sixth, seventh, eighth and ninth-place runners, with Avoman (Old Forester), who won the Plate Trial, the most fancied on the morning line at 7-2.

The lone filly in the field, Breeze Easy's Curlin's Catch (Curlin), looks to rediscover the top form that briefly stamped her as a potential GI Longines Kentucky Oaks contender over the winter. A dominant winner of the Suncoast S. in her first start against winners Feb. 6 at Tampa, the $430,000 OBS April buy was a well-beaten fifth in both the GII Davona Dale S. and GI Central Bank Ashland S. before running third in Woodbine's Fury S. July 10 and fifth in the Woodbine Oaks Aug. 1.