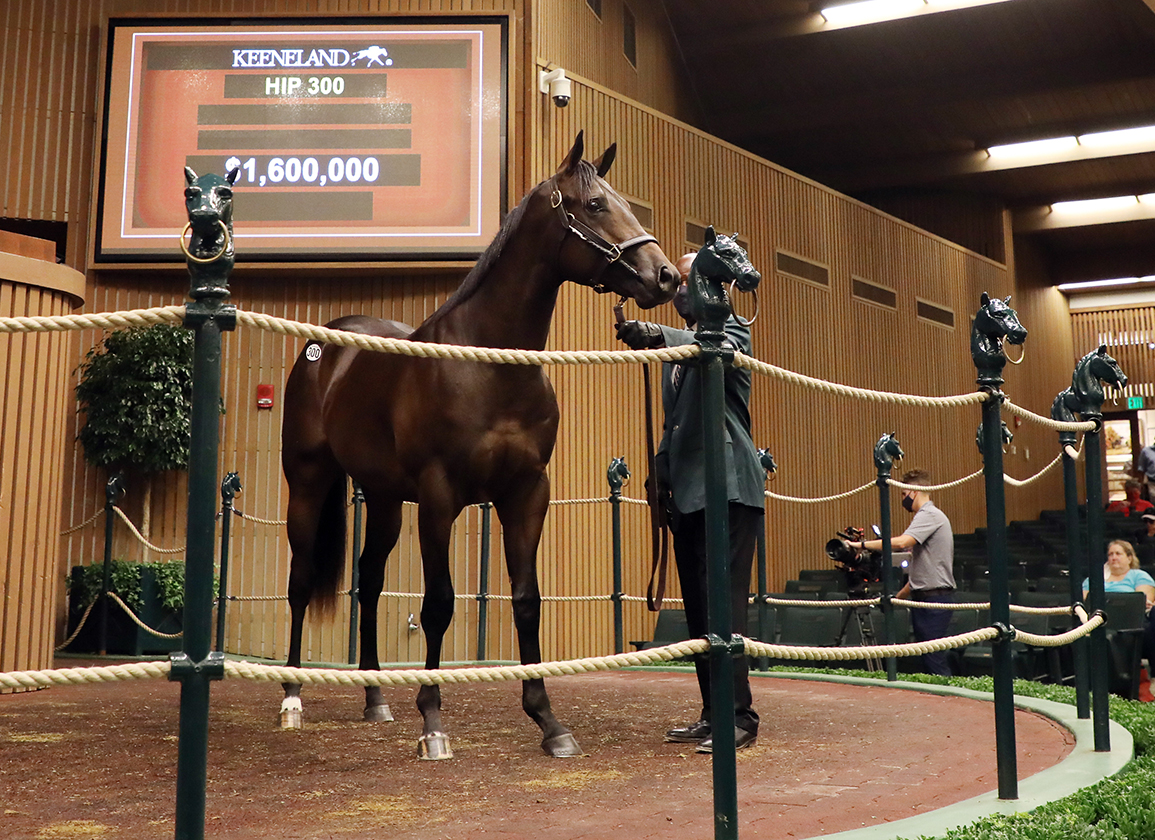 The offspring of Quality Road continued to be much sought-after at the Keeneland September Sale, and the stallion's colt out of the tremendous producer Catch The Moon (Malibu Moon) became the sale's most-coveted offering, selling for $1.6 million. Lane's End's Bill Farish signed the winning ticket seated alongside West Point Thoroughbreds' Terry Finley. Consigned by Eaton Sales for Barbara Banke's Stonestreet Bred & Raised as hip 300, the handsome dark bay is out of an unraced mare who has the distinction of accounting for four full graded stakes winners from as many to race. Catch the Moon's first foal was Cocked and Loaded (Colonel John), winner of the GIII Iroquois S. as a juvenile in 2015 shortly before the mare was acquired by Stonestreet for $240,000 in foal to Shanghai Bobby at Keeneland November. In the meantime, the mare's foal of 2014, Girvin (Tale of Ekati), earned Grade I laurels in the GI Haskell Invitational, while the in-utero purchase Pirate's Punch annexed the GIII Salvator Mile. Catch the Moon's most recent graded winner is Midnight Bourbon (Tiznow), a $525,000 graduate of the 2019 September sale who won this year's GIII Lecomte S. and was runner-up in both the GI Preakness S. and GI Runhappy Travers S. just weeks after nearly going down in the Haskell.