Quadrilateral Back In Atalanta 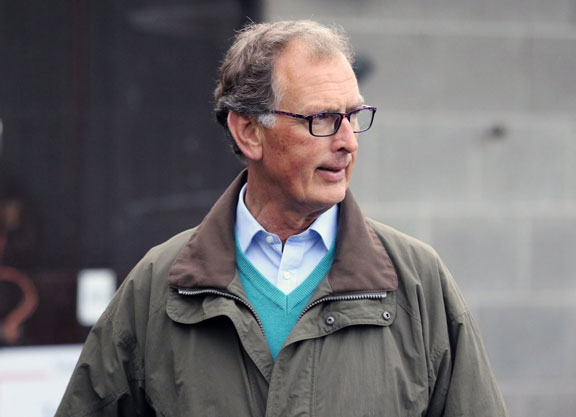 Last year's champion 2-year-old filly Quadrilateral (GB) (Frankel {GB}) will reappear in next weekend's G3 Atalanta S. at Sandown. Unbeaten through three starts at two including the G1 Fillies' Mile, Juddmonte's Roger Charlton-trained homebred has been third in both outings this year-the G1 1000 Guineas and the G1 Coronation S. at Royal Ascot.

Harry Charlton, assistant to his father, revealed that Quadrilateral endured a slight setback after Royal Ascot but is in good form now.

“Quadrilateral is heading for the Atalanta S. at Sandown,” Charlton said. “She had a sinus infection after Royal Ascot, but that is cleared now. She is in great nick and looks very well. She is ready to run again. We are going back to slightly calmer waters and we are looking forward to getting her back on track.”