Q and A on the New NYRA Fox Sports Deal 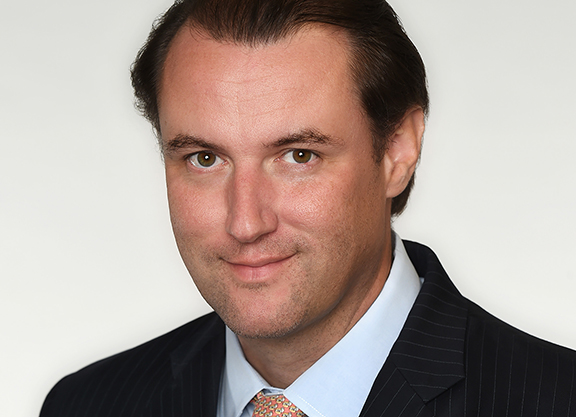 After the big announcement Thursday on a 10-year deal between NYRA and Fox Sports that will see the t.v. giant acquire 25% of NYRA Bets, TDN Publisher Sue Finley talked to Michael Mulvihill, FOX Sports's Executive Vice President, Head of Strategy and Analytics, and to Tony Allevato, the President of NYRA Bets.

TDN: Tony, when you did this deal with Fox in 2019, a lot of people doubted that it was the right move, and argued that people would struggle to find horse racing on t.v. That hasn't been the case.

TA: This is the third stage to this deal. The first stage was in 2016, when we showed 80 hours from Saratoga. In 2019, we chose to take Belmont races and Saratoga races and make them exclusive on Fox. There was obviously a lot of risk associated with that. It played out very well. People obviously found the network and were able to watch the races. We've seen it in our handle numbers, and in our viewership numbers. So, there's no doubt in our mind, the transition worked. For us, it was important to really be able to be about controlling the narrative, and the way our content was distributed. We're about telling stories about horse racing, and helping the sport grow. Horse welfare, the jockeys, ownership, those are things that are really important to us and Fox agrees with that approach in the television programs, and I think it has played out pretty well.

MM: We love the partnership. I don't think we could ask for a better relationship than what we have with NYRA. We're really excited by the growth that we've already seen for NYRA Bets and ADW wagering in general.
MM: I think what we're trying to provide is a kind of a blueprint for the future of sports on t.v., not to be too grand about it. But everybody now is considering how are we going to use the content to drive betting activity as sports wagering becomes legal, and we're already doing it. And so far, I think it's working well.

TDN: Tony, can you put into words how important this is to helping horse racing to get back into the mainstream?

TA: As someone who has worked in horse racing for over three decades now, I look at all the missed opportunities that horse racing has had over the last few decades, going back 50 years-plus. Some of it was self-inflicted, some of it was out of our control, but we have had missed opportunities. Right now, with sports betting being legalized all over the country, and a greater acceptance of gambling in general in the United States, we have what could be a tremendous opportunity, or something that could hurt horse racing. We believe if we handle this correctly, it could be the best opportunity for horse racing in the last 50 years. There has never been a sport that has been hurt by being on television, and there's no reason to think that horse racing would be the first one. By being on television as many hours as we're going to be for the next 10 years, at a time when sports betting is sweeping across the country, we believe it will have both a short- and a long-term benefit for us. It's important to mention that NYRA is a not-for-profit, so for us, this is truly a long game, and something that we are fully invested in. We look at this as a deal that will benefit not just our business, but the sport in general. And, by giving Fox some skin in the game by having them own a piece of NYRA Bets, it incentivizes them to give us as much promotion and distribute us to as many eyeballs as possible. And that's the difference, to me, between this deal and other deals that have been done in the past. They are tied into the wagering component now.

TDN: Mike, how important was the NYRA Bets aspect of this to Fox? That you had some skin in the game as Tony said?

MM: Extremely important. It was paramount. We are undergoing an evolution from being exclusively a media content company to now increasing to being a content and gaming company, and this is a really important part of that. You see that on several fronts.  There's this deal, there are very significant gaming elements in our new NFL rights deal that we announced last week. We're doing gaming content every day on FS1. I feel like in a number of ways, we're either creating content that supports a gaming business, or doing deals in which media rights and wagering are really intertwined in ways that they never

have been before. So the opportunity to get in this on a wagering level was extremely important. Where this leaves us now is that we're the only media company that has an ownership position in a sports betting business, a racing betting business, and an online poker and casino business. I think that's a pretty great place for us to be, and we can leverage our t.v. assets to build all of those wagering interests. So it was the main driver of the deal.

TDN: What does this mean for NYRA Bets holders, and for Fox Bets account holders?

TA: Fox Bets is completely separate from this deal. The two are not connected. Our deal is with Fox Sports. There's always a possibility that down the road, if horse racing is going to be incorporated into sports betting apps, which we hope will happen, that NYRA Bets will be a provider of that product. But the way we look at it, if horse racing is on 700 hours, and people are watching and betting, the money is going into the pools, and it's going to benefit the racetracks and the purses.

TDN: Can you see any further synergies?

MM: Yes, but it's a little bit early to speculate. Tony is correct in that they are complimentary and separate brands, but there obviously are logical ways in which they could be connected and they could appeal to the same kind of player. So, I wouldn't rule out that kind of thinking in the future, but we just did this deal and it's a little bit early to be contemplating those ideas.

TDN: How might this change the TV presentation, and will we notice it as viewers?

TA: We always try to walk the fine line with the gambling product as well as the story telling, which is not always easy. We try to simplify the show so that the casual sports fan can understand it, but we don't want to alienate the core customer. Talent has done a terrific job of recognizing that. The long answer is yes, you're going to see more contests, more handicapping contests, more free-to- play contests.

TDN: Tony talked about controlling the narrative, telling stories, and highlighting horse welfare. Horse racing has been through some tough times in the past couple of years. What is it about the sport-beyond the gambling aspects we have already discussed-that appealed to Fox?

MM: That's a really interesting question. I think that as we do develop this gaming business, we don't want that business to be just about the money and the math and the numbers. For these businesses to appeal to a general sports audience, they have to be soulful, and they have to have the elements that horse racing has–the grandeur of the animals themselves, and the excitement of a day at the racetrack, and we don't want it to be just like betting on a roulette wheel. There is real heart and character to horse racing that is unique and makes it more than just a betting business. And I think that Tony and his crew, in our five summers of doing races together, they do a great job as not just presenting it as a wagering opportunity, but as a really fun and unique sport. Whether that's highlighting some of the aftercare initiatives that are out there, or just telling the story about horses and riders and trainers, we want to make sure we're telling the story about the sport, and not just telling the story about the betting.

I think there's a good mix of perspectives. Somebody like Jon Kinchen who did make his name as a pure handicapper, he's got a great analytical way of thinking about the horses, and so does Andy Serling. But Acacia (Courtney) obviously, is really committed to aftercare. You're not going to encounter anyone who cares more about the horses themselves than Richie (Migliore), or Gary (Stevens), for that matter. I think it's a nice balance of people who got into it for the betting, and those for the love of the horse.

TDN: Mike, Fox has an app called the Fox Super Six which offers weekly contents. Is that something that could be applied to racing?

MM: The Fox Super Six is free-to-play; we do it every week in the NFL and do it every week in college football. We could potentially do a Fox Super Six on big NYRA stakes days, Travers day would be logical because of the Fox broadcast. So it is something that we talked about, but we have to develop the idea a little further. But we like using that free-to-play game with any programming that is a priority to us, so it would make a lot of sense.

TA: We feel like by being partnered with Fox, this gives us the best opportunity to capture new fans or lapsed fans.  From what we're seeing, just from the results from the pandemic, we acquired a lot of new customers during the pandemic. We can tell from the way they bet that they were not regular players. They were more casual fans. And those customers to this point have proven to very sticky. They're still playing and they're still watching, which is a very positive sign for us and which bodes well for the future.

TDN: What other things might you have in the works together?

TA: I think that, from a television standpoint, we're looking to bring more international racing into the U.S. and distribute it on a bigger platform. So, we've already had people reached out to us from overseas, just seeing the press release, to see how they can get more involved, which is a positive. We're always looking to do more. We've had some great partners jump on board, Churchill Downs, Oaklawn, to name a couple, who have been part of the shows. I think that there are other people in the industry who see the value that television brings with sport and they have embraced it.

TDN: What does this mean for the Belmont?

TA: We have a great relationship with NBC. They have the rights for the Belmont, and we are locked in with NBC.