Pyledriver on Course for Derby 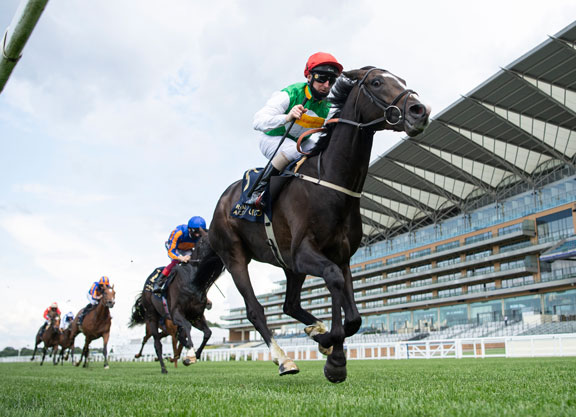 Group 2 winner Pyledriver (GB) (Harbour Watch {Ire}) remains on course for the G1 Investec Derby as long as he continues to please trainer William Muir ahead of the premier Classic on July 4.The Harbour Watch colt put himself in the picture for the Epsom showpiece with a convincing victory in the King Edward VII S. at Royal Ascot. Muir reports his stable star to have taken those exertions in his stride, so far.

“He’s been fine since the race, he’s absolutely wonderful,” said the Lambourn handler. “As I’ve said to everyone from day one about the Derby, he will go to the Derby if he tells me all is well and at the moment all is well. Sometimes horses come out of a race and they are bouncing for a week and then they hit a bit of a lull the following week. As long as he keeps going the way he is and all is well, we will give it a go.

“He’s just moseying around doing a bit of lobbing canters and enjoying life. He’s eating really well, he looks well. We weigh them once a week so he’ll be weighed again on Wednesday and as long as he’s put his weight back on we’ll be ready to go.”