Purplepay To Be Offered On Auctav 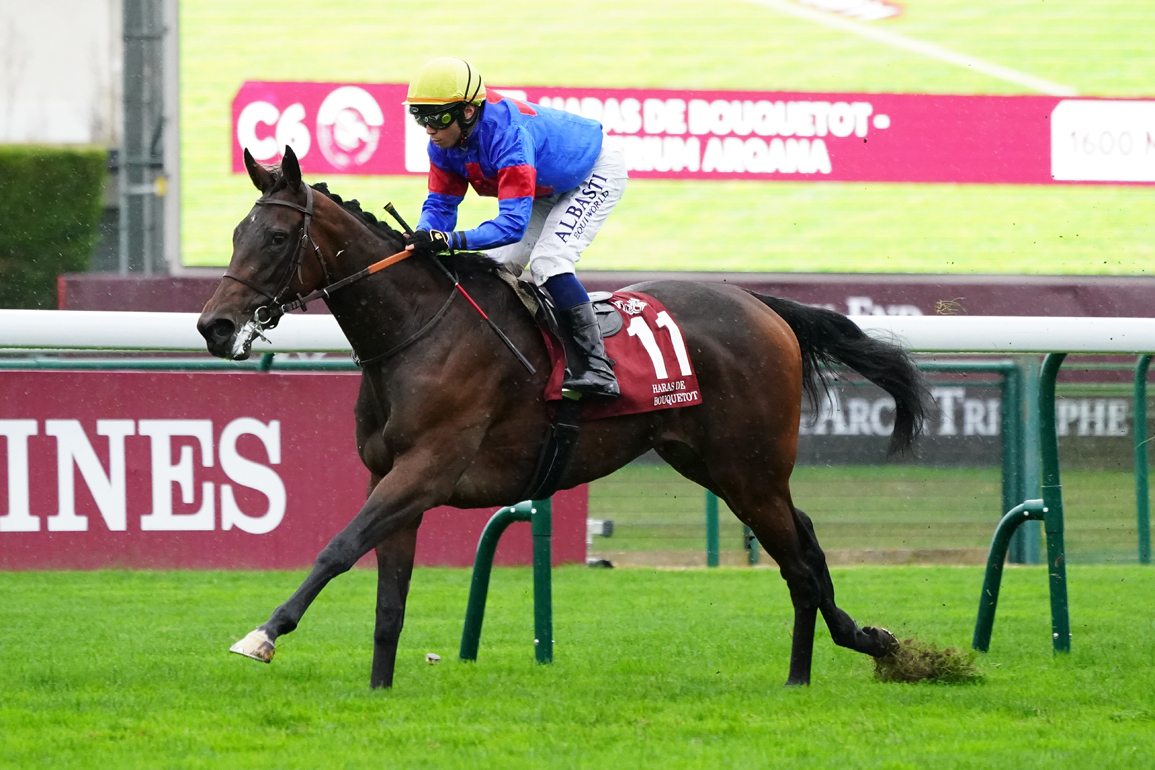 Purplepay (Fr) (Zarak {Fr}), winner of the Haras de Bouquetot – Criterium Arqana and third in the G1 Criterium International last weekend, will be offered in an Auctav Flash Sale on Nov. 4.

A €100,000 Arqana October yearling, Purplepay broke her maiden at fourth asking and in her second try over a mile four weeks before taking the Criterium Arqana by four lengths. She was a staying on third behind the colts Angel Bleu (Fr) (Dark Angel {Ire}) and Ancient Rome (War Front) in the Gran Criterium, clocking the fastest final furlong of any horse in the race.

“If she would have been able to kick on at the same time as Angel Bleu, it is sure that the victory would have been hotly contested,” said trainer Cedric Rossi. “She really proved that she was a Group 1 filly by finishing behind the first and third in the Prix Jean-Luc Lagardere. She recovered extremely well and she is today in great shape.”