Public Sector the One to Beat in HOF 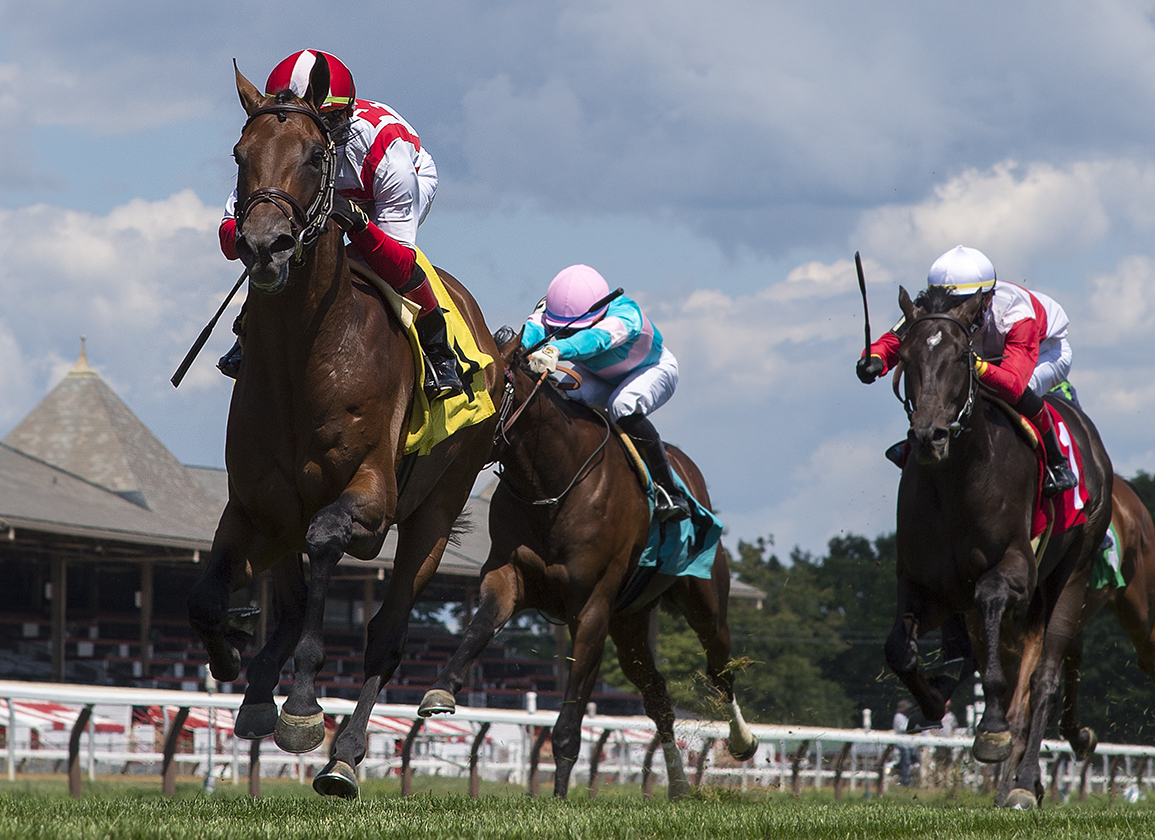 Public Sector (GB) (Kingman {GB}), no worse than second in three attempts this season, has been installed as the 2-1 morning-line favorite in Friday's GII National Museum of Racing Hall of Fame S. at Saratoga.

Wolfie's Dynaghost (Ghostzapper), a half-brother to millionaire Grade I-winning turfer Sadler's Joy (Kitten's Joy), makes his grass debut here. He enters off a win over next-out Tale of the Cat S. winner Founder (Upstart) in a washed-off optional claimer in the slop at Belmont July 3. “He has a lot of turf pedigree to him and if he's anything like his half-brother, we're optimistic that he'll run well,” trainer Tom Albertrani said.

The rail-drawn and stretch-running 'TDN Rising Star' Annex (Constitution), an eye-catching winner of his first three races, including a pair of Gulfstream stakes, figures to finally get much more pace to run at here following a trio of disappointing efforts. He was a flat fifth in the Manila last time.