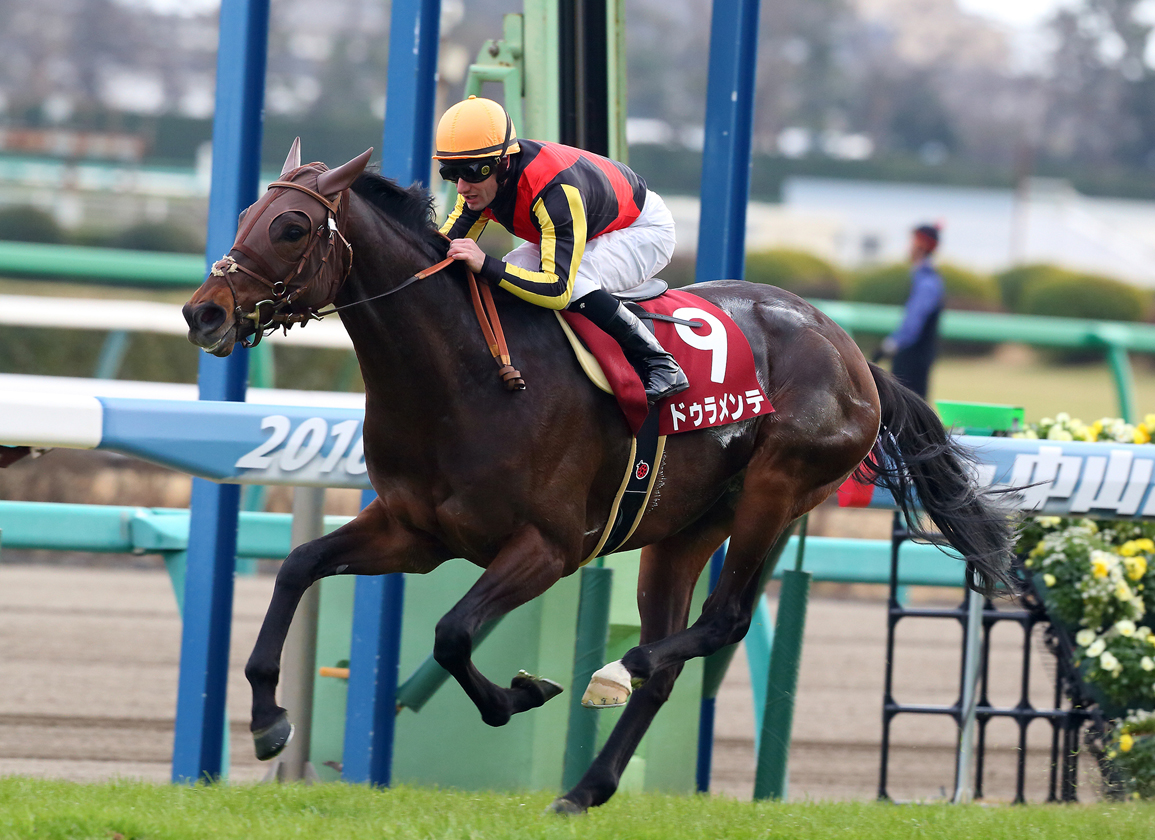 Duramente (Jpn) (King Kamehameha {Jpn}–Admire Groove {Jpn}, by Sunday Silence), Japan's champion 3-year-old colt of 2015 and the country's leading first-crop sire in 2020, passed away Tuesday after being struck by a case of acute colitis. He was just nine years old.

Duramente, whose dam was Japan's champion older mare of 2004 and whose granddam Air Groove (Jpn) (Tony Bin {Ire}) took home Horse of the Year honours in 1997, never finished outside the top two in nine career starts, winning five of those, including the 2015 G1 Satsuki Sho (Japanese 2000 Guineas) and the G1 Tokyo Yushun (Japanese Derby) (see below). Runner-up to Postponed (Ire) (Dubawi {Ire}) in the G1 Dubai Sheema Classic in early 2016, he was retired to Shadai Stallion Station following a narrow loss in that year's G1 Takarazuka Kinen.

In something of a surprise result, Duramente topped the first-crop sires' table in Japan in 2020, accounting for 35 individual winners and over ¥400 million in progeny earnings. Hot on his heels was Horse of the Year Maurice (Jpn) (Screen Hero {Jpn}), with 32 winners and just over ¥393 million in progeny earnings. Duramente has been represented to date by a pair of black-type winners and three additional stakes performers from that first crop, including Titleholder (Jpn), who defeated future G1 NHK Mile Cup hero Schnellmeister (Ger) (Kingman {GB}) in the G2 Deep Impact Kinen this past March ahead of a strong second-place finish to the talented Efforia (Jpn) (Epiphaneia {Jpn}) in this year's Satsuki Sho. Ascoltare (Jpn) is Duramente's other stakes winner, having shown an affinity for shorter trips by taking out the Listed Marguerite S. over 1200 metres at Hanshin in February.