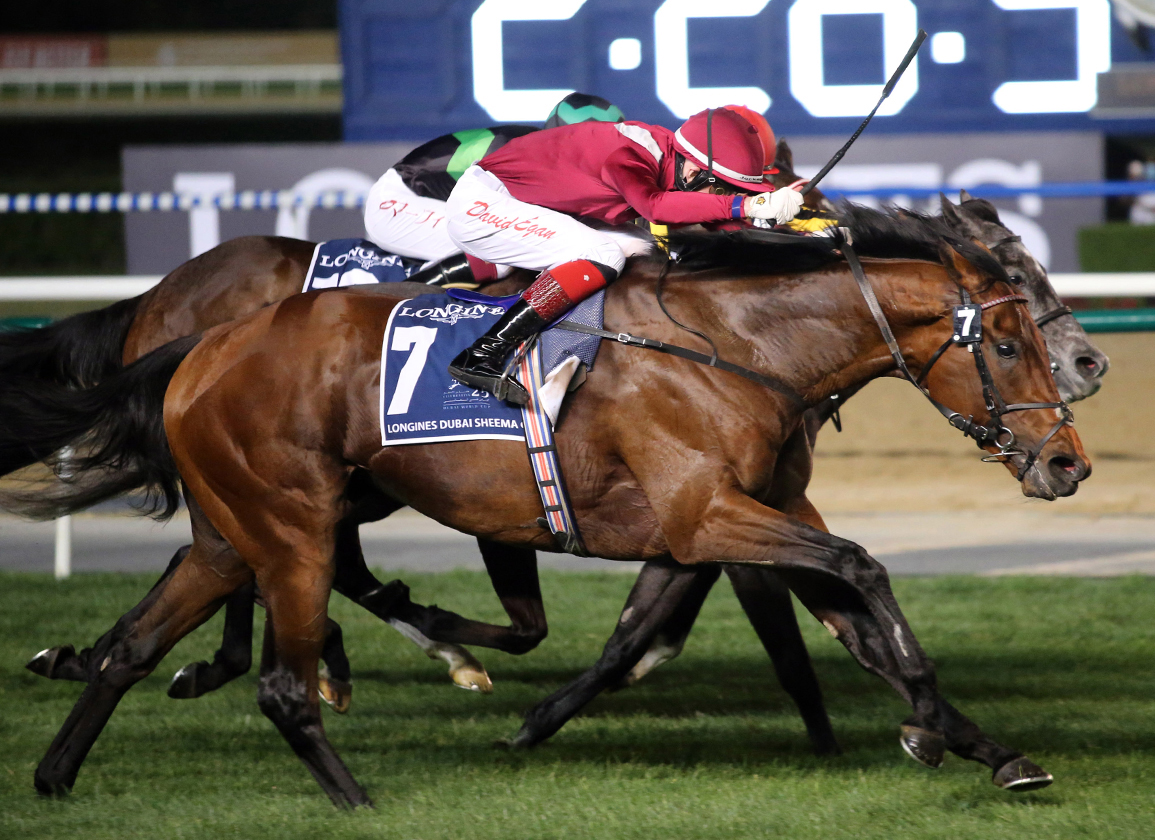 David Egan is not being retained by owner Prince Faisal as stable jockey any longer. The association has come to an immediate end with James Doyle booked to ride the Roger Varian-trained Sajwaan (Ire) (Kodiac {GB}) at Newbury on Saturday.

Egan, 23, is best known as the rider of Prince Faisal's Mishriff (Ire) (Make Believe {GB}), and partnered him to his maiden victory at Nottingham in November 2019. Due to COVID-19 restrictions, he missed out on Mishriff's 2020 G1 French Derby win with Ioritz Mendizabal deputising. In the bay's next start, the G2 Prix Guillaume d'Ornano, he was serving a ban and Frankie Dettori claimed that ride and victory. It was Dettori again in the G1 Champion S., but Egan got back on board for the 2021 $20-million Saudi Cup, currently the world's richest race. Later in 2021, the pair won both the G1 Sheema Classic at Meydan and the G1 Juddmonte International S. at York last year. They were a close second in the G1 Coral-Eclipse S. at the start of this month.

In a statement, Prince Faisal's racing manager Ted Voute said, “David Egan has not signed his 2022 riding contract, so Prince Faisal has decided to revert to best available jockey, starting with Sajwaan, a first-time-out 2-year-old that runs on Saturday who will be ridden by James Doyle.”