Pricey Curlins Go Back to Back at Fasig 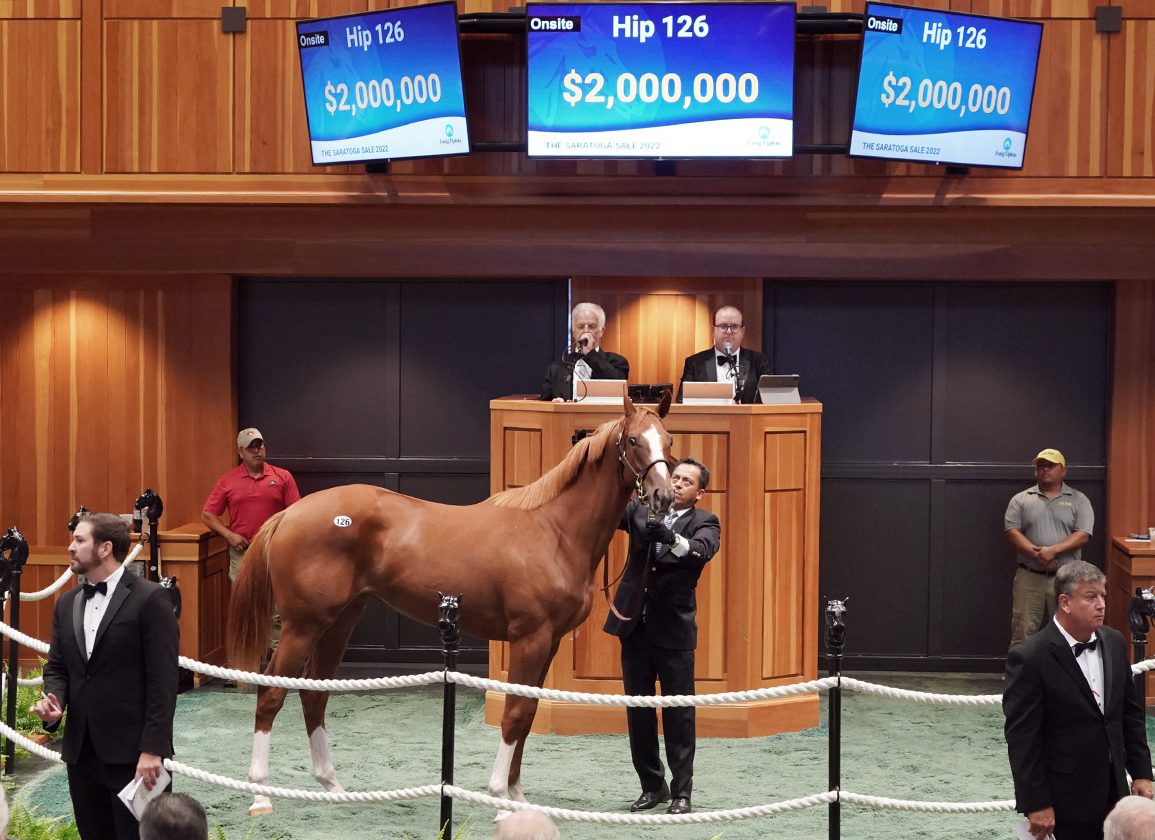 Hip 126, a full-sister to MGSW and 'TDN Rising Star' First Captain (Curlin)–who shared the top spot at the 2019 Fasig-Tipton Saratoga Sale–outdid her big brother in the ring Tuesday when fetching $2 million from West Point Thoroughbreds, Woodford Racing and 3C Stable. West Point and Woodford, along with the breeder of both horses Bobby Flay, campaign the Shug McGaughey-trained First Captain, who was last seen finishing second in the July 9 GII Suburban S. after annexing the GIII Pimlico Special in May. Consigned by Stone Farm, hip 126 is out of GSW/MGISP America (A.P. Indy) and is closely related to GISW Paris Lights (Curlin).

But two-time Horse of the Year and Hill 'n' Dale at Xalapa stallion Curlin was just getting started, as the next hip through the ring, a colt out of GISW Angela Renee (Bernardini) bred on a potent cross, garnered a winning bid of $1.75 million from agent Mike Ryan. Hip 127, whose dam was acquired for a sale-topping $3 million by Don Alberto Corp. at the 2015 Fasig-Tipton November sale, was consigned by Taylor Made Sales Agency, Agent LXXXVII.