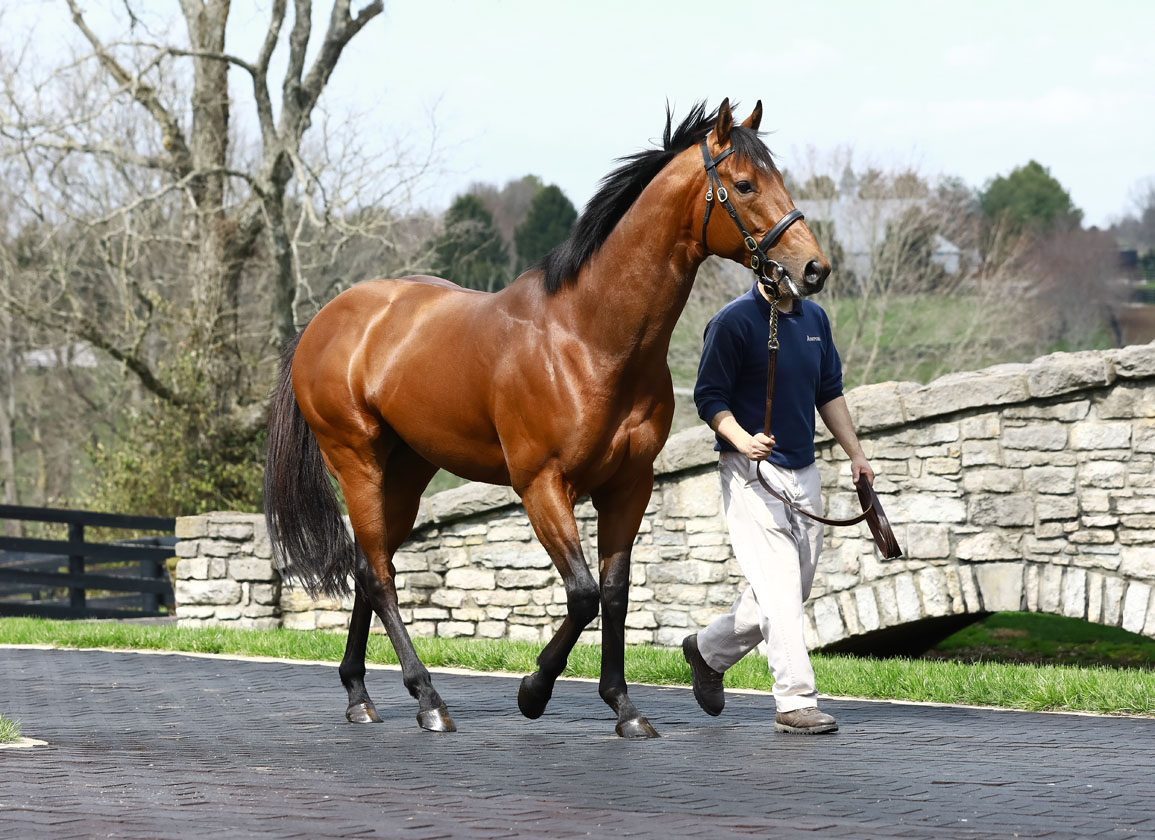 Bred in Kentucky by Erv Woolsey and Ralph Kinder, the son of the mutiple stakes-placed Untraveled (Canadian Frontier) was knocked down to trainer Hideyuki Mori for $190,000 from the McKathan Bros. draft at this year's OBS March Sale after the Mar. 31 foal breezed an eighth of a mile in the bullet time of :9 4/5. So highly though-of was the colt that he made his career debut in allowance company, finishing third in testing conditions at Kokura Racecourse Aug. 14. Dugat just missed the placings in the G3 Kokura Nisai S. when making his second trip to the races Sept. 5 and was returning to the turf Saturday after finishing unplaced in a seven-furlong dirt maiden Sept. 25.

The heavy favorite bounced well from gate nine beneath Yutaka Take and crossed and cleared his rivals, covering the opening quarter mile from a standing start in :23.3 and the first 800 meters in :45.6 while well in hand. Under no urging whatsoever, Dugat widened his advantage in upper stretch and was gathered up in the final 50 yards, scoring by four lengths in 1:09.3 (see below).

Dugat is the only of his sire's first-crop runners to have started to date in Japan. Mori also paid a sales-topping $750,000 for a Practical Joke filly out of Peruvian champion Valiant Emilia (Per) (Pegasus Wind) at OBS March. The filly, from the family of GII Tampa Bay Derby hero Helium (Ironicus) and now named Clos de Mesnil, is in steady training and is likely to debut before the end of 2021. Dugat is the third of Mori's eight OBSMAR purchases–seven of which have started–to salute this fall.