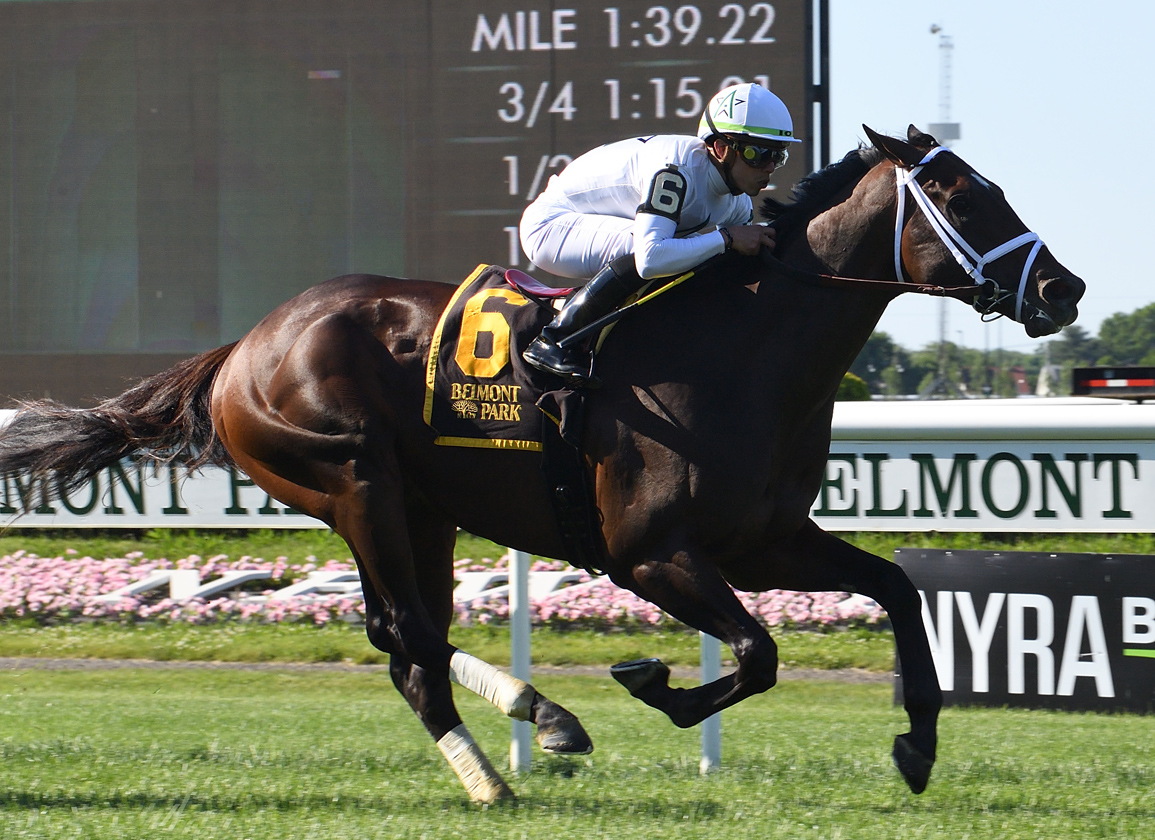 The Todd Pletcher-trained 'TDN Rising Star' duo of Emmanuel (More Than Ready) and Annapolis (War Front) worked in company in :48.04 over the inner turf course at Belmont Park Friday as they prepare for the $1-million GI Caesars Belmont Derby Invitational S. July 9.

“It was a good work. They went in 48 and change, finished up nicely and galloped out well. I was happy with it,” Pletcher said.

Owned by WinStar Farm and Siena Farm, Emmanuel acquitted himself well on the dirt during the buildup to the Triple Crown, finishing third to Zandon (Upstart) in the GI Toyota Blue Grass S. in April, but handled a switch to the grass with aplomb for his most recent appearance, a front-running defeat of Napoleonic War (War Front) and Limited Liability (Kitten's Joy) in the GII Pennine Ridge S. over nine furlongs. The top three finishers in the Pennine Ridge are guaranteed berths in the Belmont Derby.

Annapolis races as a homebred for Ramona Bass and is a son of the talented My Miss Sophia (Unbridled's Song), who became one of the top turf males of his generation last season with a 'Rising Star'-worthy debut at Saratoga Sept. 4 ahead of a very game success in Belmont's GII Pilgrim S. last October. He returned to action as the 1-2 favorite in the June 3 GII Penn Mile, but was forced to settle for second behind 83-1 Wow Whata Summer (Summer Front) after chasing that one throughout.

“I thought he ran well. Unfortunately, we caught a lot of rain, and it was an extremely heavy track,” Pletcher said. “It was tough to do that off that layoff, I thought he gave us a good effort. He just couldn't accelerate that last part with the boggy ground.”

In other news from the Pletcher barn, the conditioner indicated that 'TDN Rising Star' Shahama (Munnings) will make her next start GII Mother Goose S. at Belmont June 25. The $425,000 OBS April graduate, a half-sister to top sire Lookin At Lucky (Smart Strike), won the G3 UAE Oaks at Meydan Feb. 18 before her repatriation. In her lone appearance for Pletcher, the blaze-faced bay finished a respectable sixth to Secret Oath (Arrogate) from a high draw in the GI Longines Kentucky Oaks May 6.

“We zeroed in on the Mother Goose after the Kentucky Oaks and we felt like the mile and a sixteenth suited her a little better than the one-mile Acorn. I'm happy with the way she's doing,” Pletcher said.

The Hall of Famer has won the Mother Goose six times, including last year's running with 18-1 Zaajel (Street Sense).