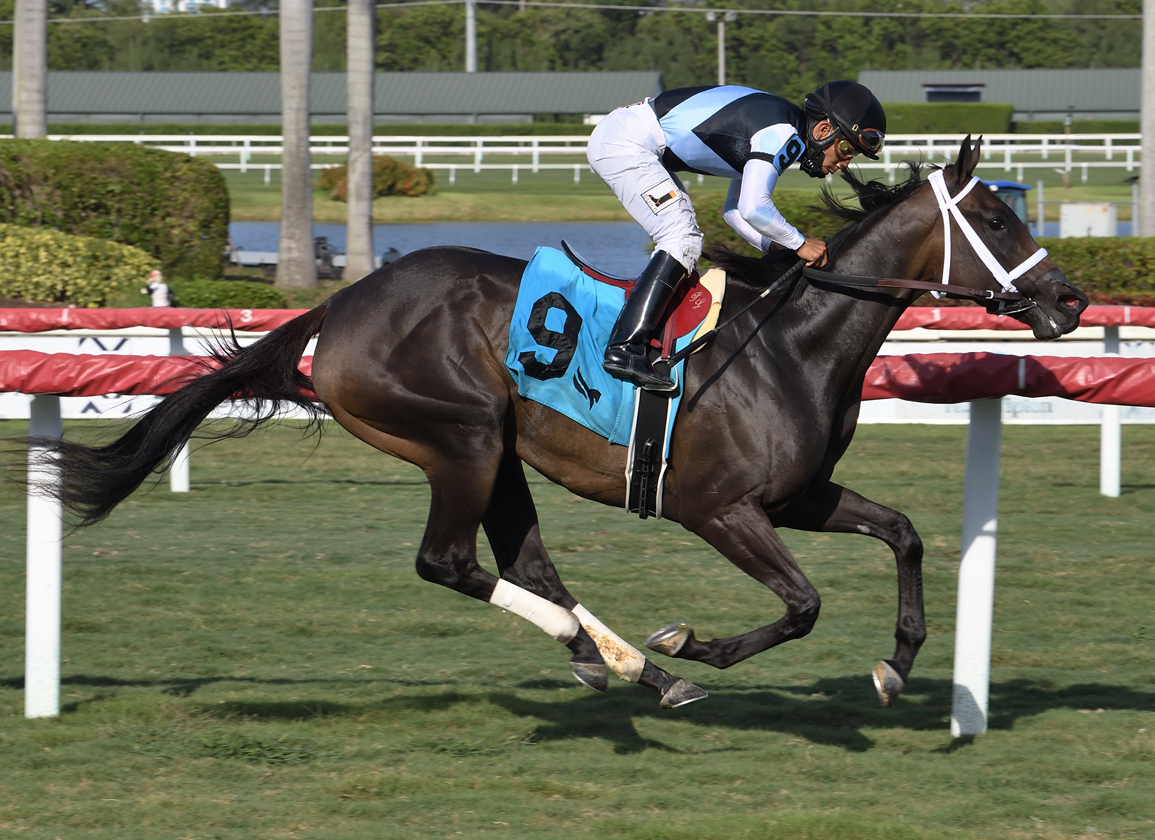 Hall of Famer Todd Pletcher offers a two-pronged attack–Con Lima (Commisioner) and Jouster (Noble Mission {GB})–in Thursday's GIII Wonder Again S. at Belmont. Drawing the two hole in the nine-furlong event, Eclipse Thoroughbred Partners, Joseph Graffeo, Del Toro, Eric Nikolaus and Troy Johnson's Con Lima will attempt to collect her fourth stakes victory of the season after placing in a pair of blakc-type tests last term. The Texas-bred kicked off 2021 with a score in Gulfstream's one-mile Ginger Brew S. Jan. 2 before finishing runner-up to White Frost (Candy Ride {Arg}) in the GIII Sweetest Chant S. in Hallandale Jan. 30. Second across the wire but promoted to first via the disqualification of Spanish Loveaffair (Karakontie {Jpn}) in the GIII Herecomesthebride S. Feb. 27, she tired to fourth while trying the dirt in the GII Gulfstream Park Oaks Mar. 27 but rebounded to win when returning to the sod for the May 1 Honey Ryder S.

“She trains and runs consistently well,” said Pletcher. “She's better on the turf, but handles dirt OK, also. We'll see how she handles the mile and an eighth and how it all plays out for her.”

Jouster, campaigned by Starlight Racing and Glen Hill Farm, returns to the Empire State fresh off a victory in Keeneland's GII Appalachian S. Apr. 3. Earlier this season, she won a pair of 8 1/2-furlong tests at Gulfstream before getting nosed out in Tampa's Florida Oaks Mar. 6.

“She's a naturally fast filly and it seems like she's starting to settle a bit,” said Pletcher. “It's sort of a pivotal race for us in terms of which direction we go with her. If she can handle a mile and an eighth, we may look at some of those races that are a little longer. If not, we'll cut back in distance. We're eager to find out how she does.”

Jockey Luis Saez will ride Jouster, who exits from Post 5.

Also offering a pair of runners for this renewal is Chad Brown, who saddles Head of Plains Partners' Fluffy Socks (Slumber {GB}) and Klaravich Stables' Technical Analysis (Ire) (Kingman {GB}). Victorious in the Selima S. last fall, Fluffy Socks rounded out the season with a victory in Del Mar's GIII Jimmy Durante S. before returning this term with a second in Aqueduct's Memories of Silver S. Apr. 18.

“She's doing really well,” said Brown who will attempt to win his fourth Wonder Again following scores by Lady Eli (2015), New Money Honey (2017), and Cambier Parc (2019). “After she won late last year at Del Mar, we tucked her away for a little bit and just planned on focusing on this turf series for 3-year-old fillies. She doesn't seem to have any distance limitations–longer the better–and a real, true mile and a quarter filly. When you look at the top and bottom of her pedigree, it fits, and she's coming in really well.”

Lightly-raced Technical Analysis debuted with a third at Belmont in November before winning her next two, including the most recent going 8 1/2 panels in an optional claimer here Apr. 29.

“I keep looking at that [damsire] Sea The Stars and thinking, even though she's been keen in her races, she's a beautiful, big, scopey horse and, if we can keep working with her and Jose [Ortiz] to get her to settle a little bit, she'll have no problem with the distance,” said Brown.