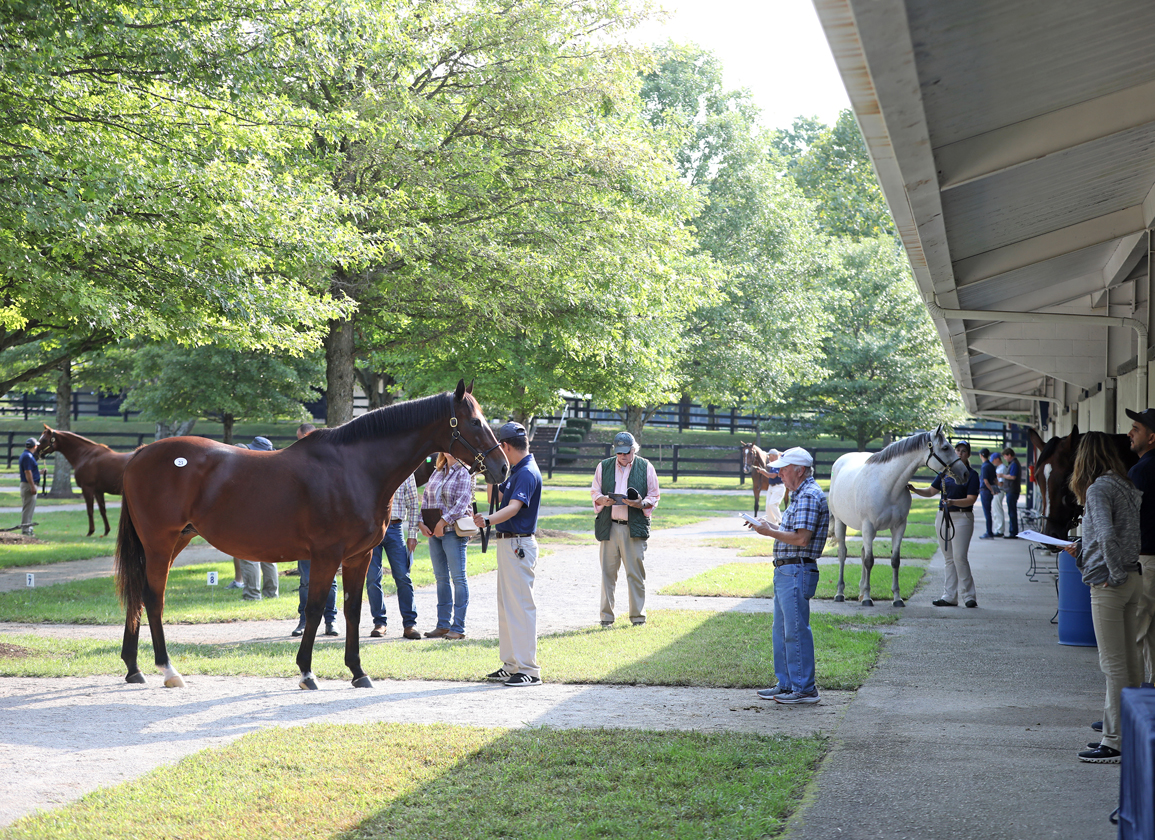 An offering of 24 broodmares, weanlings and horses in training from Josephine Abercrombie's Pin Oak Stud will be on offer through the Denali Stud consignment at Fasig-Tipton Sunday evening, with bidding slated to begin at 6 p.m.

“This sale provides people with an opportunity to access these wonderful families that have been cultivated and expertly maintained through Mrs. Abercrombie and Clifford Barry,” said Denali's Conrad Bandoroff. “You look through the catalogue, you have a lot of mares from good Pin Oak families and one of the main common denominators is that a lot of these mares could really run. Several are multiple graded stakes winners or graded stakes performers and graded stakes producers. Some of them have had some foals and may have a little age on them. But they could run and I think there is a lot of blue skies left with a lot of these offerings.”

Among the highlights of the offerings is Overheard (Macho Uno–Whisper to Me, by Thunder Gulch) (hip 2), who won the 2014 GII Dance Smartly S. and 2013 GIII Pin Oak Valley View S. She sells in foal to multiple Grade I winner McKinzie.

“She's really a testament to the Pin Oak program,” Bandoroff said of the 11-year-old mare. “She was sound and hard-knocking and she's in foal to a very exciting freshman stallion in McKinzie. This is a mare who would be a good addition to anyone's breeding program.”

Overheard's half-sister Tell All (Broken Vow) will be offered as hip 8 and the 9-year-old mare is in foal to red-hot freshman sire Gun Runner.

“Gun Runner needs no introduction,” Bandoroff said. “So she's a half-sister to a multiple graded stakes winner from a great Pin Oak family and she's in foal to a freshman-sire phenomenon who couldn't have made a hotter start to stud. She's a young mare with a lot of potential and another one who could fit anyone's program.”

“She is another mare who could really run,” Bandoroff said. “She is a Grade II winner and multiple Grade I placed and she earned over $600,000. She is a young mare and a very commercial prospect for any breeder.”

Bandoroff continued, “Medaglia d'Oro is certainly starting to establish himself as an emerging broodmare sire and he will have plenty of opportunity moving forward. And this mare is in foal to Munnings, who has had an unbelievable year.

Bandoroff said the Pin Oak offerings are generating plenty of interest ahead of Sunday's auction at Fasig-Tipton.

“The interest has been strong because the Pin Oak program and the Pin Oak brand is something that everyone respects,” Bandoroff said. “We have been very fortunate to work with Pin Oak for as long as we have and when you are selling a horse that is bred by Pin Oak and people ask where the horse was raised, it's something that we take great pride in, letting people know that this horse was raised by Clifford Barry at Pin Oak Stud. That means something to people. And that is something that generates interest because everyone has a great respect for Mrs. Abercrombie and Pin Oak and for Clifford Barry.”