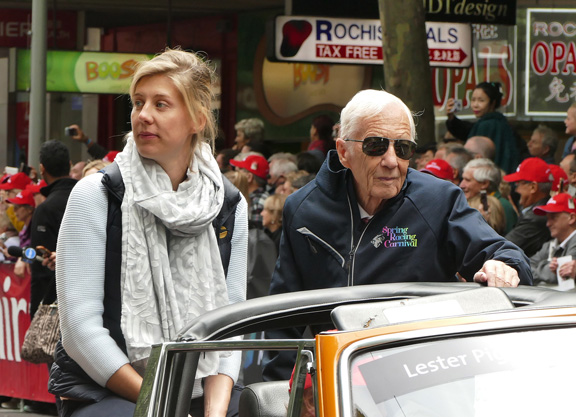 Lester Piggott has been hospitalised in London and is expected to remain there for “the next few days” after being admitted over the weekend. One of the sport’s all-time great figures, Piggott, 83, is undergoing tests while doctors monitor his condition, according to his daughter Maureen Haggas, wife of Classic-winning trainer William Haggas.

Speaking on Wednesday afternoon, Haggas said, “He’s in hospital having tests and he’s going to be there for the next few days while those continue.”

Piggott– who had a spell in intensive care in 2007 in a Swiss hospital with a heart complaint–won the Derby a remarkable nine times. He was associated with many equine greats, including Nijinsky II, dual G1 Prix de l’Arc de Triomphe winner Alleged, triple Ascot Gold Cup winner Sagaro (GB) and the globetrotting wonder mare Dahlia.