Piecing Together The July Cup Puzzle 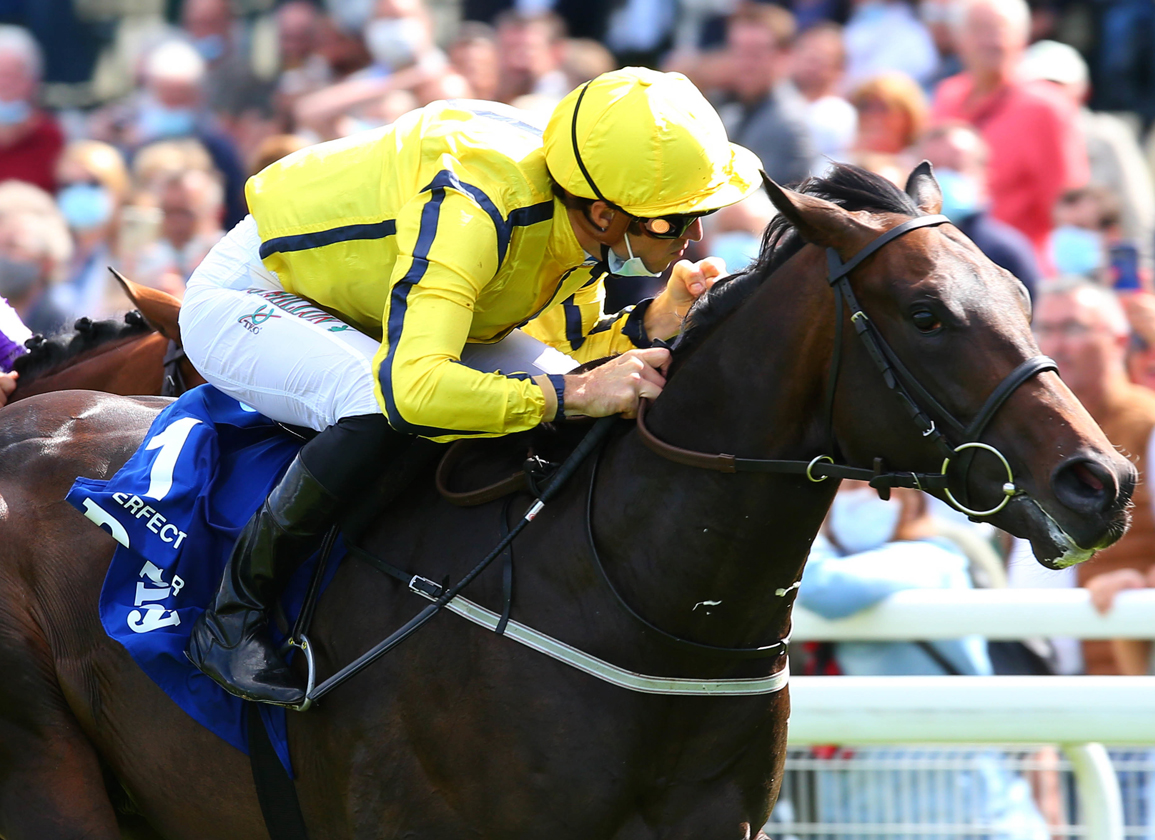 There have been few more wide-open editions of Newmarket's G1 Darley July Cup than takes place on Saturday, with no stand-out among the 14 and nothing too far over its head that a surprise can be safely ruled out. There is an Australian runner, but Artorius (Aus) (Flying Artie {Aus}) was too much in the scrum in the G1 Platinum Jubilee S. to suggest he has an edge over the British and Irish. There are seven re-opposing from that Royal Ascot feature, with the worst-placed Emaraaty Ana (GB) (Shamardal) under six lengths off the winner Naval Crown (GB) (Dubawi {Ire}) despite finishing 15th. Sheikh Rashid Dalmook Al Maktoum's G1 Commonwealth Cup winner Perfect Power (Ire) (Ardad {Ire}) is possibly the pick of the 3-year-olds, but not by far and there is a nagging sense that they may not be up to the usual standard.

If the older brigade are to establish dominion, perhaps the straightforward answer is Godolphin's Naval Crown who was winning the June 18 Platinum Jubilee on what seemed to be an unfavoured stand's rail having to race alone for the last two furlongs. That was also his second effort at sprinting, with a fourth in the Mar. 26 G1 Al Quoz Sprint his baptism of fire over this six-furlong trip, so there is significant upside to his profile now he is concentrated on this category. Stablemate Creative Force (Ire) (Dubawi {Ire}) came off a neck worse on that occasion, but he had the best trip of the two and this ground is in stark contrast to that which he encountered in the G1 QIPCO British Champions Sprint S. on Ascot's Champions Day.

“He's still a junior in the sprinting ranks, but one with the potential to progress even higher in the rankings,” Charlie Appleby said of Naval Crown. “Creative Force has had experience of the track and the race, which are important factors in his favour. This time, he is more seasoned and comes to the July Cup off the back of a great second in one of the most competitive Group 1 sprints seen for some time.”

Eddie Lynam is one of a few trainers who has been labelled a “Sprint King” in recent times and a Group 1 win in England seems long overdue. Step forward Clipper Logistics' mare Romantic Proposal (Ire) (Raven's Pass), who relished quick ground when taking The Curragh's G1 Flying Five in September where she mastered the likes of A Case Of You (Ire) (Hot Streak {Ire}), Glass Slippers (GB) (Dream Ahead), Dragon Symbol (GB) (Cable Bay {Ire}) and Rohaan (Ire) (Mayson {GB}). She stays at least six furlongs, despite her recent highlights coming over shorter, and has been freshened since her return win in Naas's Listed Woodlands S. Apr. 25. Another filly in the mix is last year's G1 Coronation S. and G1 Sussex S. heroine Alcohol Free (Ire) (No Nay Never), who was under three-lengths ninth in the Platinum Jubilee on her first start at this trip since winning the G1 Cheveley Park S. at two.

“There is no secret she is a better horse with cut in the ground, but she is really well at the moment and we are keen to use this as a stepping stone to going back to Goodwood for the Sussex S. and the rest of the year,” trainer Andrew Balding said.

Charlie Appleby has won four of the last six runnings of Newmarket's G2 bet365 Superlative S. and supplies another deeply promising Godolphin juvenile in the June 18 course-and-distance scorer Victory Dance (Ire) (Dubawi {Ire}), a half-brother to Skitter Scatter (Scat Daddy). “We were pleased with Victory Dance's debut and he has definitely come forward for the run mentally,” his trainer said. “He looks the type of horse who is going to progress physically as the season goes on, but it was always the plan to take this well-trodden route with him.”

Things may not be entirely straightforward for Moulton Paddocks this time, however, with Qatar Racing's 'TDN Rising Star' Lion Of War (GB) (Roaring Lion) in attendance along with Manton Thoroughbreds' May 31 Newbury maiden winner Isaac Shelby (GB) (Night of Thunder {Ire}). The former was the 10-length winner of a seven-furlong novice on Newcastle's Tapeta June 23, but Charlie Johnston is keeping his feet on the ground.

“You can't get carried away with the form–he has won two pretty weak contests, but the manner in which he has done it has been very impressive and we felt he was ready for a step up in class,” he said. “It is hard to know how strong it is in terms of quality, because there are three who have a very similar profile to us. We'll find out how good he is–we can dream a little if he wins.”

Ascot's G2 Fred Cowley MBE Memorial Summer Mile provides the day's other highlight, with the May 14 G1 Lockinge S. third Chindit (Ire) (Wootton Bassett {GB}) meeting a clutch of other performers who operate at just under the top level.