According to Walker Hancock, Silver State (Hard Spun – Supreme, by Empire Maker) has been an easy sell as breeders have stopped by Claiborne Farm in the past few weeks to see the new, Grade I-winning arrival.

“Everyone who has come to see him has absolutely loved him,” Hancock reported. “They can't get enough of him. We've even sold shares to him just with people who have come out to see him. The comments we get are that people didn't realize how big he is. He's 16'3 and is dappled out right now, so he looks fantastic.”

“He's a really smooth-walking horse and he has this presence about him,” Hancock continued of the Stonestreet-bred who brought $450,000 at the 2018 Keeneland September Sale. “He just kind of knows that he's a cool dude and he had the miler speed, which is what breeders are looking for, so there's a lot to like about Silver State.”

Campaigned by Winchell Thoroughbreds and Willis Horton Racing, Silver State won on debut at two for trainer Steve Asmussen and was competitive on the Triple Crown trail at three with a runner-up performance in the 2020 GIII Lecomte S. and third-place finish in one division of the GII Risen Star S., but he incurred a setback in the GII Louisiana Derby and was forced to watch from the sidelines until the fall.

The strapping bay reemerged at Keeneland's fall meet with a seven-length romp against allowance company that proved to be the start of a six-race win streak. After another dominating performance at Churchill Downs, the colt kicked off his 4-year-old season with a pair of wins at Oaklawn Park in the Fifth Season S. and Essex H.

Returning to graded company, Silver State took the GII Oaklawn H. by half a length before earning his signature win in the GI Metropolitan H., defeating the likes of MGSWs By My Standards (Goldencents) and Mischevious Alex (Into Mischief), plus future GI Breeders' Cup Classic winner Knicks Go (Paynter).

“He had been on our radar for quite a while, but his win in the Met Mile solidified him as a serious stallion prospect for his,” Hancock explained. “He had the miler speed, but he was a big horse that was able to carry that speed, which I think says a lot about him.”

After running in the money in the GI Whitney S. behind Knicks Go and GISW Maxfield (Street Sense) and again in the Parx Dirt Mile S., Silver State retired with earnings of nearly $2 million.

“He had five six-figure Beyer Speed Figures and was only off the board twice, so he was a model of consistency,” Hancock noted. “His six-race win streak was something you hardly ever see anymore.”

As a grandson of Claiborne legend Danzig, Silver State was a natural fit for the farm's stallion program. 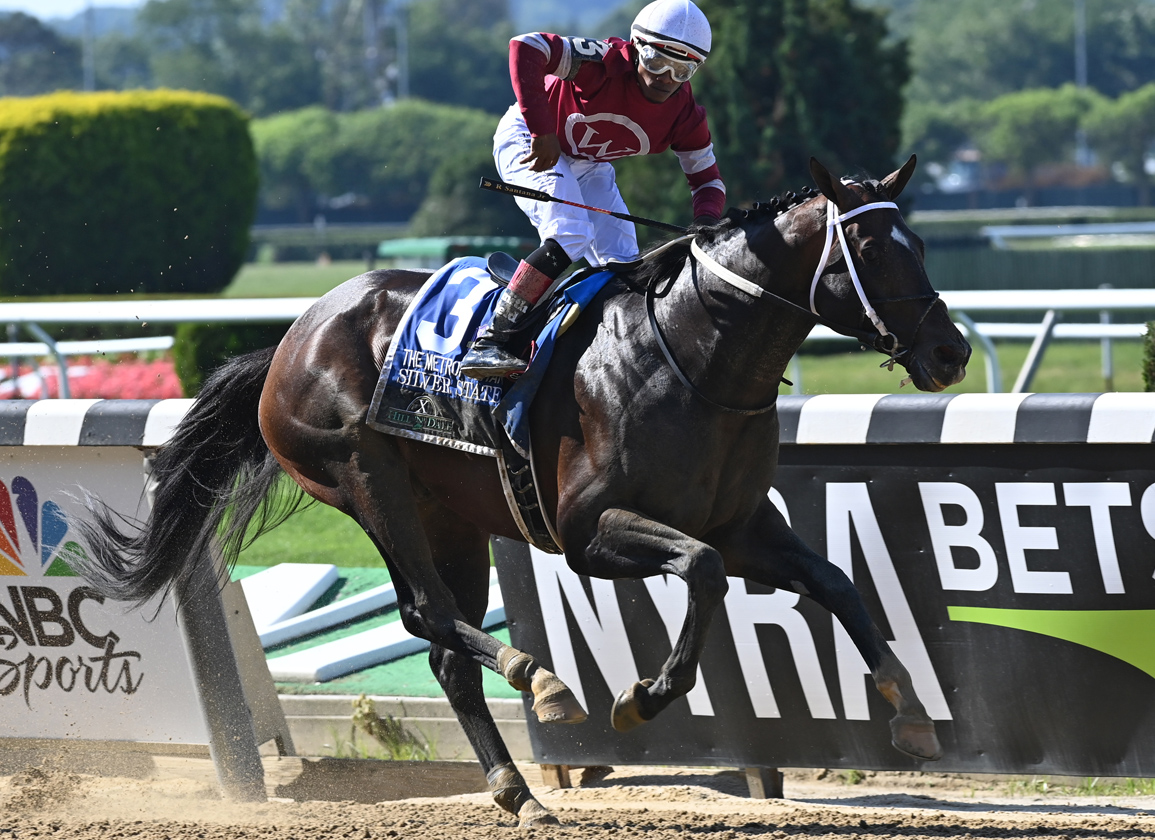 “He's by Hard Spun, who I think is a tremendously-underrated sire, and we look forward to him carrying on his grandfather's legacy,” Hancock said. “His dam [Supreme] is by Empire Maker, who is obviously a great broodmare sire.”

Supreme (Empire Maker), a full-sister to 2001 GI Kentucky Derby winner Monarchos (Maria's Mon), was a stakes winner on turf and was runner-up in the GIII Royal North S. She sold for $800,000 to Stonestreet at the 2013 Keeneland January Sale and has since produced two additional winners who have both achieved six figures in earnings.

“One of the reasons that we really thought he could be a successful stallion here is that we think he will nick really well with a lot of our mares,” Hancock explained. “The Danzig over Blame and Arch nick is one that we're really high on, so we think Silver State will complement them really well.”

Hancock added that Winchell Thoroughbreds and breeder Stonestreet Farms are committed to supporting the young stallion as he begins his stud career.

“We're thankful to partner up with Ron Winchell. They know how to make a great stallion obviously, as Gun Runner is one of the hottest freshman sires that we've seen in quite some time. They have a great program and are going to support Silver State just like they did for Gun Runner. Stonestreet is going to be a big supporter of him as well and they definitely know what they're doing, so we're glad to have them on board. He will be well-supported by a lot of great breeders.”

Silver State joins Claiborne's cornerstone stallion War Front, proven sire Blame and War Front's young son War of Will as ancestors of Danzig in the stud barn of the historic Paris, Ky. farm. The new addition will stand for a fee of $20,000 in 2022.

“Someone mentioned to me that he's a bit of a throwback-type horse,” Hancock said. “He is kind of an old-school horse and he's at an old-school farm, so he seems like a perfect fit.”

To catch up on all TDN features for new stallions in 2022, click here.