Pearls Galore Confirmed For BC Mile 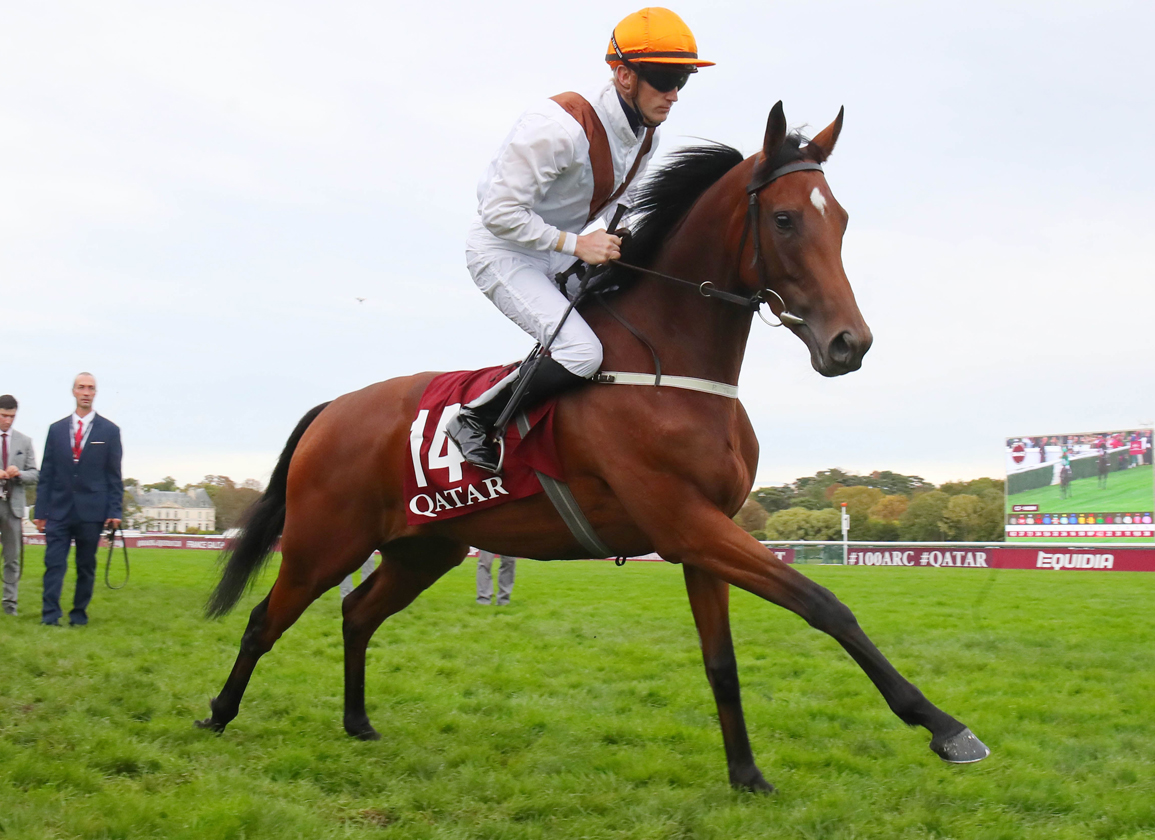 Dual Group 1 runner-up Pearls Galore (Fr) (Invincible Spirit {Ire}) has been confirmed for the upcoming GI Breeders' Cup Mile at Del Mar in November. A winner of the G3 Brownstown S. on July 11 and G3 Fairy Bridge S. on Aug. 26, the Haras de Saint-Pair homebred was second in both the G1 Matron S. at Leopardstown on Sept. 11 and the Oct. 3 G1 Prix de la Foret.

Trainer Paddy Twomey said, “She came out of the race last weekend fantastic and she's in good form. She's going to the Breeders' Cup Mile. She wouldn't have liked the ground last week, she wants fast ground. If she gets a low draw in Del Mar I'd be very hopeful of her running a good race. I spent a summer out in Del Mar when I was a kid and I'd love to have a winner there.”

“Hopefully he's going to the Breeders Cup now,” said O'Callaghan. “It'll be his 11th start of the year. After he won the other day I was saying 'I'll give this lad a break'–but he arrived home the next morning and he told me different.

“He absolutely loves racing, he has a great constitution. He's just a bit of an animal, he loves his job and he's a dream to train. He's won the Cornwallis now and he's danced every dance this year so whatever he does at the Breeders' Cup will be a bonus.”

He added, “If he goes there in good fettle he'll run a big race. He runs in the Breeders' Cup Juvenile Turf Sprint and we're looking forward to it.”