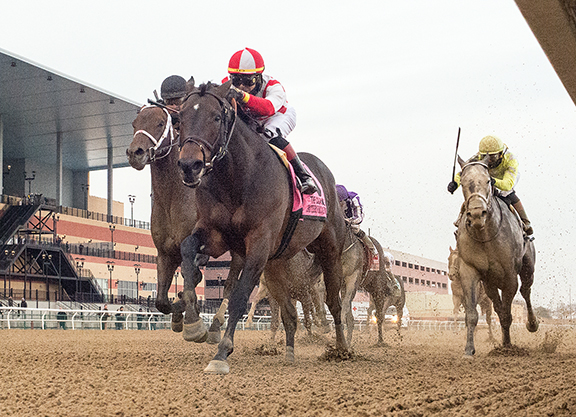 GI Cigar Mile hero Patternrecognition (Adios Charlie–Almost a Valentine, by High Cotton) has been retired from racing, trainer Chad Brown confirmed Friday. It is unclear at this time where the Florida-bred will stand at stud. The story was originally reported by the Daily Racing Form.

“Unfortunately, he didn't come out of the last race, the [GI] Pegasus [World Cup] sound and we feel the horse has done enough,” Brown said. “He has been a great horse for us and we just don't want to risk any worse injury by going on with him. We are going to retire him. He has earned it and we are seeking out potential stallion deals for the horse.”

A $420,000 OBSAPR purchase for Klaravich Stables and William Lawrence, Patternrecognition won five of his 12 races and finished second five times as well for earnings of $1,012,325. He captured Belmont's GII Kelso H. last September and followed suit with a career-high in the Cigar Mile Dec. 1. The 6-year-old faded after setting the early pace last time in the Jan. 26 Pegasus.