Palace A Jewel In Cashel's Crown 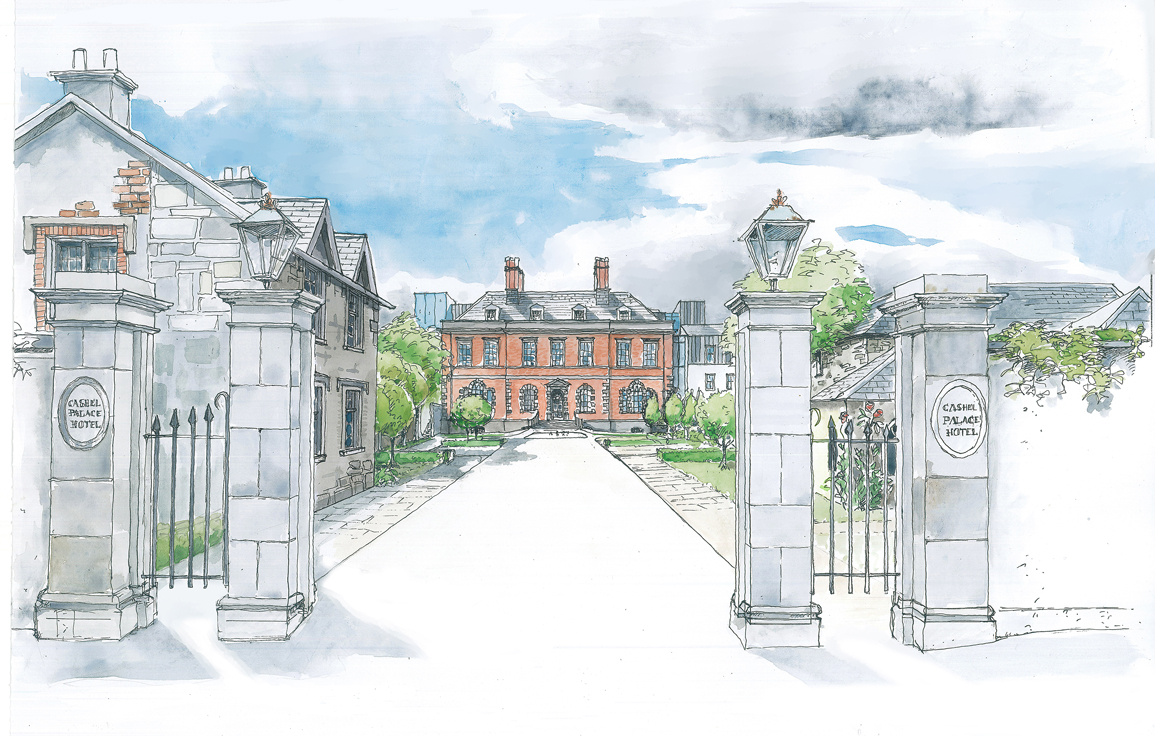 While the ever-resilient bloodstock industry barely flinched in the face of a global pandemic–the return of sky-high prices in the sales ring testament to that–the travel industry slowed to a grinding halt.

However, with the news that–whisper it–the world has fully reopened, there's never been a better time to dust off the suitcase and begin planning trips away again. And if it's Ireland you're thinking of, Tipperary might just have the answer, for waiting patiently in the starting stalls is John Magnier's most exciting new prospect.

We're not talking about the Saxon Warrior 2-year-olds burning up the gallops down the road at Ballydoyle, but rather the Cashel Palace, opening on Mar. 1 and a Palladian manor, lovingly restored and reimagined to be a 42-room hotel with a ballroom and luxury spa attached.

Under the reins of Adriaan Bartels, leader of this passion project since the first plans were laid in 2017 right up until the first guest walks through the doors in March and beyond, one can't help but think that Magnier has found a very safe pair of hands. The former general manager at two of Ireland's finest hotels, Bartels says, “This is truly a dream job. It has been fantastic to be a part of a project like this from the start, working closely with Mrs Magnier and Jerome Casey to create a hotel that is just as we want it. We're really excited to throw open the doors now and for guests to see it for themselves.

He continues, “The Cashel Palace offers something that is entirely unique as it's located between town and countryside, giving visitors the opportunity to explore both. Obviously, the thriving Thoroughbred industry on our doorstep is a great asset but Tipperary has a lot more to offer in addition. When it comes to outdoor pursuits, there is no end of spectacular scenery if hiking is your thing, and the hotel also has private fishing rights along the River Suir which guests can avail of. Irish culture runs richly throughout the county and for the history buffs, there are a number of monuments in the area which have great stories to tell.”

None more so than the Rock of Cashel, providing an epic vista from the palace grounds; the most spectacular cluster of medieval buildings in Ireland and more iconic in religious terms than even St Mark's Basilica. The cathedral, not the horse, that is, although there'll be plenty in these parts praying that he too becomes an icon.

On the subject of stallions, the relationship between Coolmore and Cashel Palace is well acknowledged and, at a level, guests will have the opportunity to enjoy “Equine Experiences” that allow them into the stud and even the hallowed training grounds of Ballydoyle.

Indeed, the hotel's association with the racing world is longstanding. In the 1980's a certain Vincent O'Brien was proprietor and the Guinness Bar became a regular haunt for racegoers to enjoy a pint of the “black stuff” on their way home. Revellers will be delighted to learn that the same bar has been restored to its former glory, alongside the original Bishop's Buttery for those with a taste for fine-dining.

“We're spoilt to be situated in Tipperary's Golden Vale which is filled with great food producers, providing the country's natural larder,” Bartels adds. “As far as possible, we'll be using local produce across all of our eateries and we hope to offer guests a wide variety of options. There'll be fine-cuisine in The Bishop's Buttery, Afternoon Tea served in the Queen Anne Room or a more casual dining experience in the already well-established Mikey Ryan's next door.”

Another trump card in the palace's armoury is undoubtedly The Spa which, as well as treatment rooms, includes an indoor/outdoor swimming pool and seaweed baths overlooking the Rock of Cashel. And as for the spa products, they are by Bamford; the creation of another great racing family who have paved the way in hospitality excellence with their growing Daylesford empire in the UK.

Of course, this isn't Magnier's first dalliance into the hotel industry either. The Sandy Lane, a jewel on the Barbadian coastline, is another under his ownership with partners Dermot Desmond and JP McManus, regularly playing host to the great and the good.

While the white sands of Barbados might be a long way from Tipperary, in the Cashel Palace you'll find a rural retreat at a standard that is synonymous with the Magnier family's way of doing things.