Packed House for Final Grade I of the Year 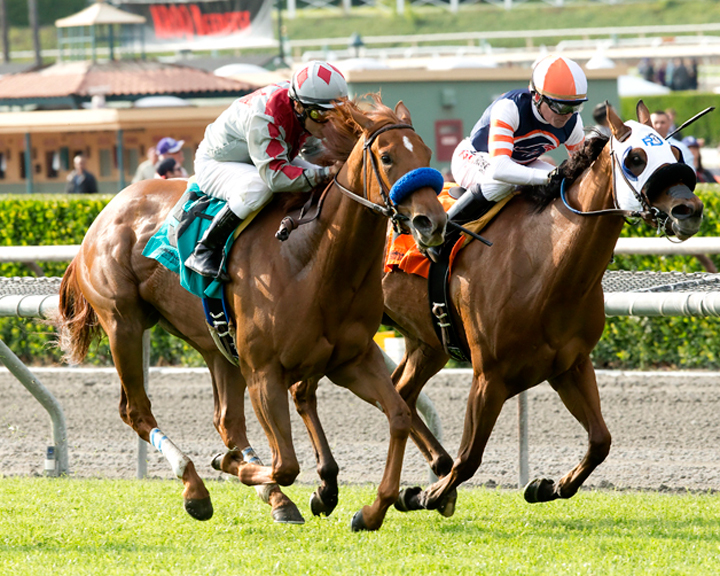 With a trio of Grade I placings under her belt, including near misses in the GI Del Mar Oaks Aug. 20 and GI Matriarch S. Dec. 4, 7-2 morning-line favorite Stays in Vegas (City Zip) is a good place to begin for Saturday's newly positioned GI American Oaks at Santa Anita.

The GIII Senorita S. heroine, trained by Hall of Famer Jerry Hollendorfer, returns to the 3-year-old ranks after finishing within a head of Miss Temple City (Temple City) and Roca Rojo (Ire) (Strategic Prince {GB}) in a thrilling renewal of the Matriarch.

Queen Blossom (Ire) (Jeremey), victress of the G3 Lodge Park EBF Park Express S. in her native country back in March, looks to get back on track with first-time Lasix for U.S. debut. Queen Blossom finished a distant sixth when last seen in the G3 Irish National Stud EBF Blue Wind S. at Naas May 11.

“She's trained well coming into this,” said Aimee Dollase, assistant to trainer Graham Motion. “She's had two good works here [at Santa Anita] and we'll see what happens. It's a tough race, but she acts like she's worked well. She's been here a little over three weeks, and we've got [Joel] Rosario to ride.”

Decked Out (Street Boss), just a head short when second in the Del Mar Oaks, was freshened after a 12th-place finish in the GI Rodeo Drive S. at Santa Anita Oct. 1. She was an impressive winner of the GIII Providencia S. over this course in April.